In today’s free market, where customers have a wide variety of goods and services to choose from, many brands resort to multiple tactics to try and grab the public’s attention. Advertising plays a very crucial role in this equation. They are powerful tools, as a good advertisement can not only sway a potential customer, but can also leave a lasting impact on the minds of people. However, advertising does not come without problems, as many advertisers often end up walking the fine line between ethical advertising and unfair trade practice. 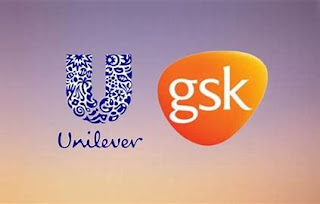 Comparative advertising is one such branch of advertising where producers try to market their product by comparing it with those of their competitors. Indian laws do not permit unrestricted comparative advertising, and producers often have to be careful not to overstep their boundaries. Reckitt Benckiser Limited v Hindustan Unilever Limited 1 is one such case, where the judiciary was tasked with the issue of analyzing whether the impugned advertisement could be permissible under law.

This case (hereinafter referred to as the Reckitt case) dealt with a suit that was filed by the plaintiff, Reckitt Benckiser (India) Limited, seeking a permanent injunction to restrain Hindustan Unilever Limited from airing an advertisement which showcased the plaintiff’s product in a less-than-flattering light. The disputed advertisement was related to a comparison made between the defendant’s product, Lifebuoy Soaps, and the plaintiff’s Dettol Antiseptic liquid, which indicated that the former was more affective at killing germs than the latter. The storyline was pretty simple. The commercial starts with a demonstration of a mother pouring a brown liquid off a tilted bottle into a bucket of water. She then proceeds to ask a doctor for his opinion on the safest product for her child, to which he replies, “100% germ protection, Advanced Lifebuoy.” The screen then fades into a comparative animation displaying two shields of protection alongside each other, coloured red and green, with the red shield depicting Lifebuoy and the green, Dettol. A voiceover then lauds Lifebuoy’s germ protection capacities as against the green shield, and the advertisement concludes on a decisive note, by depicting Lifebuoy as the better product.

Even though the advertisement did not explicitly mention the plaintiff’s product, the fact that the antiseptic liquid depicted was deceptively similar to the plaintiff’s cannot be ignored. The colour of the liquid in the advertisement, the bottle in which it was stored, and the fact that the liquid turned milky when it was poured into the water, could undoubtedly prove that it was a jab at Dettol.

The counsel for the plaintiff argued that the advertisement was malicious, as it made false and misleading claims that was aimed at dissuading consumers from choosing Dettol’s antiseptic liquid over Lifebuoy soaps. The comparison, they claimed, was utterly baseless, as antiseptic liquid was not intended to be a substitute for soap. The advertisement unfairly pitted two entirely different products against each other, by comparing antiseptic liquid, which is a drug under the provisions of the Drugs and Cosmetics Act 1940, to a cosmetic. The opposing counsel vehemently denied these accusations, stating that it was nothing more than a truthful comparison, and that they had a protected right to commercial speech which could only be restricted if it was misleading, false or disparaging in any way.

The court was tasked with reconciling two primary issues in this case- whether the impugned advertisement did actually defame the plaintiff, and whether the advertisement could be protected under the right to commercial speech under the Constitution of India.

Decision of the Court

The court ruled in favour of the plaintiff, and was of the opinion that the advertisement did indeed showcase Dettol’s antiseptic liquid from a disparaging perspective. The advertisement was not only defamatory, but was also an incorrect depiction of how the antiseptic liquid was intended to be used. It was predominantly meant for germ eradication, and had in no way, ever been touted as a cleanser. It was only recommended as a supplement, and not a substitute, for soap. It concluded that the advertisement was therefore, not only unfair, but was aired with the malicious intention of lowering Reckitt Benckiser’s reputation, and in the process, offending Section 30 of the Trademarks Act, 1999. An injunction restraining the defendant from airing the advertisement or any adaptations thereof, was also passed.

An Analysis of the Verdict and its Implications

It is very important, as elucidated in the Reckitt case, to delineate the boundaries that separate ethical comparative advertising from the wrongful dilution or infringement of trademarks. Section 30(1) of the Trademarks Act conceptualizes the doctrine of fair use in comparative advertising, specifying that the use of another’s trademark in the course of trade could be permitted to describe its kind, quality, intended purpose, value or other characteristics. However, the interest of free competition is also protected by the restriction of wrongful trade practices that disparage or display the trademarks of competitive businesses in a harsh light. So, it can be said that Section 30(1) protects the use of registered trademarks in comparative advertising, only when the trademark of another business is used to simply distinguish those goods from the ones offered by the advertiser.

It is also important to understand the difference between diluting and disparaging a trademark. The ‘doctrine of dilution’ is based on a method by which trademarks is violated, in which the party’s use, while not causing a likelihood of confusion, blurs distinctiveness or tarnishes the image of another trader’s mark. To put it quite simply, it destroys the very essence of a trademark, as it is absolutely essential that trademarks are capable of distinguishing the goods and services of one manufacturer from those of another. For example, if another company copies Coca-Cola’s signature bottle design, and markets its own brand of cola in similar-shaped bottles, there is a chance that customers could sometimes confuse the two, thereby impacting Coca-Cola’s market presence in an adverse way. Dilution could also happen through the tarnishing of another manufacturer’s trademark, as can be seen in the Reckitt case, where the characteristic features of Dettol were used to question its quality.

Disparagement, on the other hand, can be defined as matter which is intended by its publisher to be understood, or which is reasonably understood to cast doubt upon the existence or extent of another’s property, whether tangible or intangible, or upon its quality. In other words, it is a falsehood, one that tends to vilify the business of another party. In no situation does the law permit a trader to belittle the goods or services of another. While he may be allowed to boast about his own products being the best, and make statements puffing the quality of his goods, an action can be brought against him if he criticizes the goods of his competitors in the process. This principle was reiterated in the case of Colgate Palmolive Company v Hindustan Unilever Limited 2, where the Delhi High Court held that while it was open for a person to exaggerate the claims relating to his goods, he would not be allowed to denigrate or disparage the goods of another person.

Comparative advertising is promoted in countries like the United States, since it encourages innovation and forces companies to drive their prices down, thereby benefitting the customers. In Europe, however, it is not an unfettered right, but is authorized with a number of safeguards in place to prevent false or disparaging advertising. India has adopted this standpoint, and advertisers are governed the Advertising Standard Council of India (ASCI), which prescribes a number of guidelines to be observed while making a comparative advertisement. It lays down that advertisements would not be allowed to distort facts nor mislead the consumer through implications or omissions. However, on the question of these restrictions being violative of the fundamental right to free speech and expression guaranteed under Article 19 of the Indian Constitution, it must be noted that this freedom is not absolute. In the case of Dabur India Ltd v Colortek Meghalaya Private Limited 3, the court held that while an advertisement could be protected under the right to commercial speech under Article 19, it must not be false, misleading, unfair or deceptive.

In hindsight, the Reckitt case is just one example out of many, that showcase the commitment of the Indian judicial system to quell the proliferation of unjust trade practices under the guise of free competition. This is done to ensure that competition in a free market is encouraged and promoted, keeping the welfare of consumers in mind and guaranteeing them a market with a wide variety of goods and services to choose from.