The recently revoked Section 118A of the Kerala Police Ordinance Act[1] faced a lot of flak from all factions of the electoral as well as online structure. The Act was a call back to the draconian Section 66A of the Information Technology Act, 2000[2] with even more undefined and ambiguous terms. The Kerala government argued that the amendment was an attempt to curb abuse and create a safer online space for social media users; however, the incorporation of terms like ‘threatening’ present an idea, dangerously close to the Stalinist approach for autocratic control. 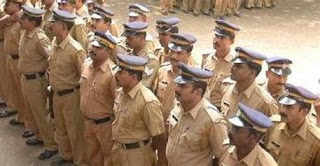 The social media structure has for long allowed the existence of a mixed bag of elements; however, an Act which allocates an undefined amount of power to the regulatory authorities and criminalizes even sharing a post, shows a draconian agenda no less. The Kerala governor recently gave his assent to revoke the provision;[3] however, with the general trend of six-month ordinances and since this wasn’t the first attempt to pass such a law; an analysis of this precept seems necessary. Moreover, with the growing misuse of social media tools and the creation of fake and defamatory content, a mandate, perhaps not as autocratic, may indeed be required. Accordingly, this paper is an attempt to analyze the recent implementsintroduced to regulate social expression w.r.t the ordinance, cover the impact of excessive intervention and control, compare international edicts for the said idea and provide suggestions for a more balanced precept.

The Kerala government’s plan to introduce section 118A was largely seen as a black law, meant to curb the freedom of expression and strengthen the ambits of the chilling effect in the state.[4]Such a provision could greatly gut the right to express over online mediums and couldpotentially advance excessive amounts of subjectivity into the censorship process.[5]The LDF governmentintroduced the amendment citingan increase in political propaganda, cyber bullying and the growing crime statistics, clubbed withthe overarching aim of curbing anti-social elements by giving the Police Act more teeth.[6] The primary argument of the legislators was to decrease cyber-attacks against women and children. However, a large section of activists, journalists and lawyers did not seem to agree with the government.

The major counter being that the new law did not fall under either of the seven categories of Article 19(2)[7] and all that it aimed to achieve could easily be covered via existing provisions.[8]Further, the amendment allowed the police to initiate proceedings without the court’s permission or through a registered complaint i.e., the actions accorded under the amendment were termed cognizable.[9] Accordingly, the enactment seemed like a move to completely negate the Supreme Court’s verdict in Shreya Singhal,[10] where Section 66A of the IT Act, 2000 was scrapped.The code was removed because the restrictions introduced were vague and unreasonable[11] and did not fall under Article 19(2)’s individual categories.[12]The court also discarded Section 118(d) of the same Kerala police Act,[13] which was alsoclassified as an undefined restriction on the right of Freedom of Expression.[14]Further, the new amendment’s principle idea i.e., to restrict cyber abuse is already covered under Section 506 IPC, 1860[15] (criminalizes criminal intimidation) Section 67 IT Act, 2000[16] (criminalizes obscenities), Section 500 IPC, 1860[17] (criminalizes defamation) etc., and a separate provision isn’t necessary. Moreover, since the cyber space isn’t necessarily bound by jurisdictional restrictions,[18] an online spat with a banker in Manchester can see a case registered in Kochi with the matter going beyond the ambit of the legislation.

Regardless, despite the unconstitutionality as well as the dispensable existence of these provisions, attempts have been made to introduce such draconian legislations through multiple backdoor channels. The harm that these enactments possess, even if present for a few months, is insurmountable and should not be allowed in any form.

Vague laws are perhaps the most dangerous threat to the individual rights of citizens.[19]An undefined or broad law introduces an excessive amount of subjectivity in the justice administration process and often allows the authorities to interpret charters beyond specific contours. In Grayned v. City of Rockford,[20]the US Supreme Court noted that vague laws introduce an aspect of arbitrariness in the implementation process and often make citizens delve outside the lawful zone of civil societies; a situation that well-defined charters adequately control. Accordingly, the dangers of vagueness are even more potent in the cyber field, due to a general lack of boundaries. An undefined law encourages unnecessary litigation, eating up the judiciary’s time and eventually hampering the juridical process. It even poses the danger of allocating a Big brother identity to the state, where censorship laws become excessive and the government controls what is available for public consumption. For instance, Germany’s NetzDGcharter was an attempt to curb cyber bullying in the country by mandating government censorship through social media conglomerates.[21]

However, much like the Kerala ordinance, its vague and undefined provisions did more harm than good, and left users with no judicial oversight or right to appeal.[22] Similarly, a new Russian enactment, under the garb of cyber security and national interest, takes social media censorship to another level.[23] The enactment often dubbed as the “big brother law” has end number of undefined terms which allows the government to very easily silence critiques and ban the opposition.[24]The Kerala ordinance, if ever implemented through some other backdoor channel, could potentially create an equally dangerous situation. Accordingly, the vague and undefined contours of such provisions create an inequitable situation for social media users and citizens at larger; however, there are multiple well-defined routes to curb the growing cyber based threats. These enactments/ methods help create a safe online space without endangering individual citizenry rights.

Even though the ordinance had autocratic undertones, The Kerala government’s arguments in favor of the amendment outlined some major issues currently prevailing the cyber space. As per data released by the National Crime Records Bureau, cyber bullying and abuse against children and women has increased by over 36% in recent times.[25] Further, a study by scholars from the University of Michigan recorded that there has been an exponential rise in fake and defamatory content on the internet during and post the Covid-19 lockdown.[26] The data from the NCRB and similar studies shows that India perhaps may have to incorporate better provisions to adequately regulate the online sphere, without harming individual Freedom of expression rights. A few methods which have shown effective results include mirroring the legislations introduced in Australia and Canada and/or enhancing the self-governance tools employed by various social media websites.

The Australian government recently passed the Sharing of Abhorrent Violent Material Act, 2019[27] which hassignificantlyhelped the country in reducing cyber-crimes. The Act instead of focusing on citizenry rights, clamps down on online platforms and social media websites which allow the unchecked existence and sharing of fake content and act as mediums for online abuse.[28] It includes penal provisions for the entities and its executives, and even provides scope to charge penalties riling up to 10% of the conglomerate’s entire global turnover.[29]Moreover, the Canadian parliament has added a provision to control cyber bullying in their Education Act.[30] The legislators realized that a majority of the abusers as well as victims of cyber abuse form a part of the adolescent population, and in order to restrict such anti-social activities it incorporated provisions within the Education Act itself. The charter includes suspension for propagating cyber abuse and expulsion or even possible jail time for repeat offenders.[31]Incorporating an amalgamation of such provisions can greatly help India in solving its cyber issues.

Further, a non-legal method to remove fake and abusive content involves the promotion of self-governance techniques used by social media networks.[32] Google releases a transparency report for YouTube which shows the number of problematic channels as well as videos removed in a year;[33] similarly Facebook releases statistics which covers the content removal numbers for a particular period.[34] The country’s efforts in helping the conglomerates in their own initiatives can also greatly reduce instances of cyber-crime without necessarily tampering with constitutional guarantees.

The Kerala ordinance unnecessarily introduced vague and undefined elements into the cyber regulation space, had it not been revoked; the Act would have caused more harm than good. Regardless, the problems identified by the LDF do exist and a need for enhanced legislations is felt nonetheless. Accordingly, the Incorporation of Australian and Canadian practices as well as other such legislations clubbed with self-governance features can act as effective tools to curtail cyber-crimes.The emphasis of legislators on providing a safe and equitable cyber space at a time when almost all professional as well as recreational activities have shifted online shows a positive transition. Nevertheless, the rights of freedom of expression and speech can in no way be curtailed or sidestepped under the garb of providing cyber security. The Indian legislative sphere needs specific enactments; however, constitutional provisions especially tenets of Part III cannot be ignored.[35]