In India, marriage is an extremely sacred concept. It represents, a union among two people, which is indissoluble and eternal. A family is the foundation of a society and marriage is considered to be the building blocks of the same. One of the purposes of marriage is procreation. Thus, any dispute, resulting in the breakdown of a marriage is quite grave in nature, which would disrupt the peace and harmony in the society. Just like everything on the face of earth, a marriage is far from perfect and it entails the regular dose of conflict or disputes arising out of various factors, ranging from trivial disputes to extremely grave situations like domestic violence. 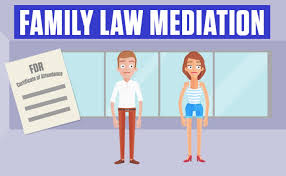 In India, keeping in mind the personal and cultural laws, Courts and Tribunals encourage amicable reconciliation and settlement of matrimonial disputes instead of resorting to the time-consuming litigation.

What is Mediation and why is it preferred?

Section 89 of the Civil Procedure Code, 1908 provides the different methods of dispute resolution. As per this section, when courts are satisfied that any dispute has an element of settlement that is acceptable to the parties with their consent, they can refer the dispute to the following methods of settlement[1]:
89(a) arbitration
89(b) conciliation
89(c) judicial settlement including settlement through Lok Adalat
89(d) mediation
This section was further substantiated by Order X Rule 1A, 1B and 1C, which made it obligatory for courts to refer such cases to out of court settlements as per section 89.

In the case of matrimonial disputes, recent trends show that mediation has become one of the most popular methods of dispute resolution, being less time consuming and more effective as it involves a more amicable resolution of disputes through a third person, the mediator, who helps each party to identify the areas of issue, reducing the misunderstandings and clarifying the problems. It is a voluntary method of dispute resolution, which requires the consent of both parties. Litigation on the other hand, is time consuming and can leave one party severely dissatisfied with the ruling, resulting in appeals and second appeals, which can go on for ever.

The concept of mandatory mediation was first introduced in the Civil Procedure-Mediation Rules[2]. As per these rules, if there is an element of settlement in the dispute, the Court has to mandatorily refer them to mediation, even if a uniform consent is absent among the parties.

Can Matrimonial Disputes be referred to Mediation?

Sections 23(2) casts a duty on the Court, in a matrimonial dispute, in the first instance, to bring about a reconciliation among the parties as their relationship is such, as must be preserved. Section 34(3) and section (34(4) of the Special Marriage Act, also makes bringing about reconciliation among parties the first option of the Court of Fist Instance.

Order XXXIIA Rule 3 of the CPC, provides that the Court of First Instance must, assist the parties to reach a settlement first, keeping in mind the nature and circumstance of each case. this order broadly applies to all family disputes. Rule 6 defines and lays down what constitutes a family for the purpose of this order. Rule 1 gives the list of suits or proceedings to which this order will apply.

Mediation is the accepted form of dispute resolution for matrimonial disputes, the foremost reason being, matrimonial disputes are fuelled by a fair amount of emotion, sensitiveness, and more often than not, parties seeking revenge on the other. Solving of these disputes require a personalised and sensitive approach by the mediator, keeping in mind the emotional status of the parties and coming to an agreement favourable to both parties involved. Once the process of mediation is over, the possibility of any emotional, mental or ill feeling among the parties is reduced to a great extent through voluntary and amicable solutions, which is not the case in litigation.

It is the duty of the mediator to create a friendly, unbiased and comfortable environment for the parties, where they can bring their problems and issue out in the open under his guidance. The mediator can talk to both parties together or individually, for better transparency, so that parties can open up and clearly communicate with him.[3] Marriage being a sensitive and emotional situation, the mediator cannot overlook these aspects while resolving the disputes. The entire process requires careful handling so that both parties can come to a mutually accepted settlement. Thus, mediation is gaining popularity everyday in matrimonial dispute resolution owning to its effective, less time consuming and consensual method of solving of any conflict.

While the CPC provides for mediation in civil matters even in matrimonial disputes, the question arises, whether mediation is really the way to solve more grave and serious domestic disputes like domestic violence.

Offences like domestic violence, are serious in nature and reconciliation might not work in these cases. But the Indian legal system has set aside all inhibitions regarding mediation in domestic violence cases, in fact, the Supreme Court has even mandated criminal courts to adopt mediation especially to cases under section 498A of the Indian Penal Code.[4]

Courts have, through various judgements held that when parties can settle matters amicably through mediation, section 320 of the CPC, which bars any compromise in non-compoundable offences, will not apply. In K. Srinivas Rao v D. A. Deepa[5], the Supreme Court held that if parties so desire to settle, even in criminal uncompoundable cases, if there is a scope of settlement, they should be sent to mediation.

Situations when Mediation does not apply:

Although Indian Courts have mandated Courts of First Instance to refer parties in matrimonial disputes to mediation, there are certain grounds on which reconciliation does not apply.

A divorce petition under the Hindu Marriage Act, 1955 on the following grounds, cannot be referred to any alternate dispute resolution methods:
1. Change of religion
2. Unsoundness of mind
3. Leprosy
4. Venereal disease
5. Renunciation
6. Presumption of death.
Similarly, a divorce petition under Special Marriage Act, 1954, on the following grounds will not attract any referral to mediation:
1. Seven years imprisonment
2. Unsoundness of mind
3. Venereal disease
4. Leprosy
5. Presumption of Death

Litigation results in a win for one party and loss for the other. But a matrimonial dispute is not only a win-loss situation. It is social issue which has to be amicably settled wherever it can be. Problems in marriages arise and it is very normal. But ending the marriage on the grounds of disputes that can be settled, is unreasonable. Before resorting to litigation, parties should try to sort out their differences and try to solve their issues through effective communication. This is where mediation steps in, providing exactly what a matrimonial dispute needs in the first instance. Moreover, litigation is a time-consuming process which is emotionally, financially and physically draining for the parties involved.

Every case is different, and each case should be decided according to its own facts, circumstances and nature. Disputes in the family are sensitive and requires to be resolved with great care. Thus, mediation is an appropriate method of resolution of matrimonial disputes, as the mediator can act according to nature of every case and does not need to follow any strict rules.