Coparcenary refers to uniform inheritance that was confined solely to male members of the Hindu Undivided Family. It is a limited body of persons within a joint family. Coparceners collectively inherit property and have unity of ownership. Coparcenary signifies ‘A variety of property, or occupancy that exists where, land of inheritance dive from the common ancestor to two or more people.’ According to Merriam Webster Dictionary coparcenary means ‘Joint Heirship’ or ‘Joint Ownership.’ 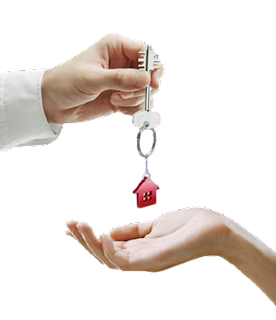 Coparcenary is solely a creation of regulation that can’t be created by way of means of act of parties, except by adoption. In order to be able to claim a partition, it does not now no longer depend how remote far the common ancestor a person may be, on condition that he is not removed by the last male owner who himself has taken an interest by birth.

The colonial routine did not venture into the personal legal guidelines of Hindus or of other communities. Though the latter part of the routine was marked through outstanding social reform movements, it highlighted the want to ameliorate the subservient position of women in the familial and social space. Ratifications such as the Hindu Law of Inheritance Act, 1929 which gave out inheritance rights on three female heirs and the Hindu Women’s Right to Property Act (XVIII of) 1937 added revolutionary modifications in the Hindu Law of all schools.

However, the widow did not become a coparcener despite the fact she was in possession to a right to a coparcenary interest in the property, and was a member of the joint family. The widow became entitled only to a restrained estate in the property of the deceased, with a right to assert partition. A daughter in reality still had no rights of inheritance.

The framers of the Indian Constitution took note of the detrimental and discriminatory position of women in society. They ensured unique care to induce the State to take affirmative action and enact fine steps to give women equal status. Provisions of substantive equality enshrined under Articles 14, 15(2), and (3) and 16 of the Constitution of India not only inhibit discrimination against women but, in suitable circumstances, provides a unfastened hand to the State to ensure protective discrimination in their favour. Part IV of the Constitution carries the Directive Principles which are no much less essential in the governance of the State.

EQUAL RIGHT TO BE COPARCENERS

1. In a Hindu Joint Family ruled by Mitakshara law, the daughter by birth shall become a coparcener in her own lawful right in the same technique as a son.
2. She would have the identical privileges in the coparcenary estate as that of a son.
3. She shall be conditioned to similar responsibilities in regard of the said coparcenary property as that of a son.
4. Any mention to a Hindu Mitakshara coparcener shall be considered to include a reference to a daughter as a coparcener.
5. Any disposition or isolation consisting of any partition or testamentary arrangement of property which had taken place before the 20th day of December, 2004 shall not be contradicted by the excuse of the amendment of Section 6 of the Act.
6. Any property to which a female Hindu becomes authorized shall be held by her with the event of coparcenary ownership and can’t be disposed of by her by testamentary disposition.
7. In case of hypothetical partition:
· The daughter is allocated the same share as is allocated to a son
· The share of the pre-deceased son or a pre-deceased daughter shall be allocated to the child alive of such pre-deceased son or of such pre-deceased daughter
8. The portion of the share of the pre-deceased child of a pre-deceased son or of a predeceased daughter, shall be given to the child of such pre-deceased child of the pre-deceased son or a pre-deceased daughter, depending on the circumstances.
9. The interest of a Hindu Mitakshara coparcener shall be assumed to be the share in the property that would have been allotted to him if a partition of the property had taken place straight away before his death.
10. After the commencement of the Amendment Act, there shall be no commitment on the son, grandson or great-grandson for the retrieval of any debt due from his father, grandfather or great-grandfather solely on the basis of the sincere duty under the Hindu law.

Earlier, as soon as a daughter got married, she ceased to be a part of her father’s Hindu Undivided Family. Many noticed this as curbing women’s property rights. But on September 9, 2005, the Hindu Succession Act, 1956, which governs the devolution of property among Hindus, became amended. According to Hindu Succession Amendment Act, 2005, each daughter, whether married or unmarried, is taken into considered as member of her father’s Hindu Undivided Family and may also be appointed as ‘karta’. The amendment now gives the daughters the identical rights, responsibilities, liabilities and incapity that were earlier restricted to sons.

Earlier, as per the rules, a daughter can utilize the benefits permitted by the amendment only if her father passed away after September 9, 2005, and the daughter is allowed to be a joint sharer only if the father and the daughter were alive on September 9, 2005. However, on February 2, 2018, Supreme Court has made it a standard rule that a daughter, living or dead, on the date of amendment will be permitted to share in father’s property, thus making her children too to assert this right.

Empowerment of women, leading to an equal social status in society hinges, amongst different things, on their right to maintain and inherit property. Various legal reforms have taken place since independence in India, which comprises equal share of daughters to property. Yet identical status remain elusive. Establishment of legal guidelines and bringing practices in conformity thereto is always an extended drawn out procedure. The government, the legislature, the judiciary, the media and civil society have to carry out their roles, each in their own areas of competence and in a concerted manner for the procedure to be fast and effective. Making all daughters coparceners likewise has far-achieving implications. It offers women birthrights in joint family property that cannot be willed away. Rights in coparcenary property and the dwelling house will also provide social protection to women facing spousal violence or marital breakdown, by giving them a capability shelter. Millions of women – as widows and daughters and their families thus stand to benefit by these amendments.