Over the years, India has seen a growing mandate to legalize prostitution, to avoid exploitation of sex workers but now the question is will it reduce rape culture in India? According to the National Crime Record Bureau, every six hours a woman is raped in India. 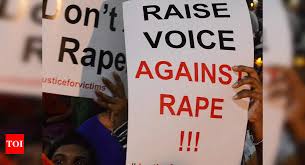 Due to the high rape crime rate, India has been deemed the ‘Rape Capital’ of the world. According to the latest data released by the National Crime Records Bureau, India recorded 88 rape cases every day. Looking at the numbers it shows that there is an immediate need to reduce rape culture in India now the question is will legalizing prostitution be considered as one of the ways to regulate rape culture?

Prostitution is “the practice of engaging in relatively indiscriminate sexual activity, in general with someone who is not your spouse or a friend, in exchange for immediate payment or other valuable”. If prostitution is legalized men with thirsty desires will be able to go to sex workers at any time without harassing and taking advantage of young girls and women in the streets or at workplaces.

Why rape someone when you can go to a prostitute? a man got needs but raping young girls and women is the worst thing one can do. Imagine the post-traumatic stress disorder, extremely difficult and painful emotions that raped young girls grow up with. Some of the rape victims will end up getting sick with sexually transmitted diseases. Therefore if prostitution is legalized men will be able to get consensual and protected sex, and this will help reduce rape culture in India. Not only men are rapists now are days even women are raping young boys and men thus there is a dire need to reduce rape culture in India.

The legalization of prostitution allows women to voluntarily engage in sex works that serve as consensual sex. Voluntarily engaging in sex work helps with rape culture in which one can go to a sex worker and get the desired intercourse without having to deflower little girls and young women, traumatize and shattering their dreams and hopes.

Legalizing prostitution does not only make sex work safe it also works to weed out the black market that exists for prostitution, thereby making women safe overall. In some cases even sex workers are being raped, tortured, and being violated yet they are also humans with rights. Thus, if prostitution is legalized they will have dignity and the right to report in case such incidents occur.

The biggest flaw in linking prostitution with rape is the presumed belief that rape is just about sex. Most of the time it is not about sex. It is regularly, about a man dominating over a woman to prove a point to himself or his peers about his masculinity and sexual power. A lot of rapists admit that it Is all about dominating and being in a position of power, which is demining and disgusting. The reason why men like to prove that could be triggered by various reasons, but the desire to have sex is not the main reason.

Furthermore, there is no guarantee that millions of women will register as sex workers if and when prostitution is legalized in India and if we look at the background of rapists are we sure that they will spend money on prostitutes? After this assertion, the most effective way to reduce rape culture in India is to impose strict and exemplary punishments to rapists.

Although legalizing prostitution may reduce rape, a lot of things need to be considered. Stringent rape laws should be imposed. The death penalty would be the best punishment for someone who can not keep it in his pants and control himself. In some states, prostitution is legalized but that did not stop people from gang rape. There are prominent areas, where prostitution is a widely accepted profession, for example, Sonagachi, the red light area in Kolkata, and Kamathipura in Mumbai. Henceforth it’s become common to think that rape is about power and not about sex alone.

According to the Indian penal code, they are certain activities related to sex that are not considered illegal per se and they contradict laws that are in place, “This law essentially states that the prostitutes are allowed to commence their trade-in private but they cannot carry their business in public” Therefore, one is entitled to be punished with laws of the legal arena. However, it is a general misconception that in India prostitution is illegal, rather prostitution is legal but soliciting in a public place, owning or managing a brothel, child prostitution, public indecency and pimping is illegal although they are, however, many brothels that are illegally operating in Indian cities including Dehli, Mumbai, and Chennai.

1 thought on “Would Legalizing Prostitution Reduce Rape Culture In India?”