Education has always been a great motivator and reason for a lot of young people to move away from their home country in search of higher education and a chance at a better future. Over the past decade, it has become apparent that India has become a favored destination with a lot of international students and in that respect, a lot of foreign students. 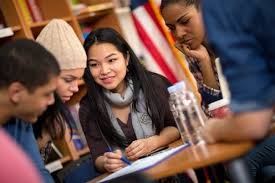 In the past decade, reports have indicated that there has been an increased interest in foreign students seeking higher education in India, approximately 25 000 African students are currently studying in public and private universities across India (kokutse, 2019). These numbers indicate the current and continuing rise of African students’ interest in learning in universities across India and India as a host country making efforts to accommodate them.

This transference of foreign students into Indian universities has been a result of a variety of circumstances that have influenced their desire to seek new destinations for their education. Research has revealed a number of factors varying from political, economic, and social factors or mere interest in extending their education in a different country than their home country.

Like any other instance of one moving to another place, be it within their home country or a new host country, one is bound to experience some form of circumstantial adjustment issues. The extent to which these issues impact their being in that place and in turn alter their way of thinking, or viewing, of their host spaces, becomes the focus of how well they will adjust. This is the case with African students being in Indian universities. (The diverseness of both African and Indian formalities in all aspects of society and its surroundings imply that there might or might not be some distinctions in the way individuals will adjust and whether they successfully assimilate to their host country.)

Psychosocial issues are regarded as a combination of both psychological and the surrounding social environment issues that affect an individual’s function within that specific environment. In the broader understanding of student life, it is fair to say that psychosocial issues are a common factor within how they adjust to a sudden shift in their life. In the specific case of students moving away from something, they are familiar with to a lesser-known environment. It becomes crucial to have an in-depth understanding of obstacles and issues that are common and likely to be experienced by students in their efforts to familiarize themselves with their host country.

It is a very essential cause of concern when it comes to the issue of finding a place of belong Societal structures determine the acceptance and inclusion of individuals into society especially if they are new members and the need to understand their purpose and input to the larger community determines their involvement in the society. Being a foreign student, myself studying in India, I have realized that within the Indian society, as much there is much to admire about their social structure, I have had a difficult time in relation to feeling as though they are part of the society. This has resulted in most of us foreign students feeling left out. I have often thought that maybe it is because of the class system that exists in India and the majority of the Indians that we have interacted with find it difficult to find a class or category to place us.

Moreover, the issue of social inclusion and social acceptance runs paramount amongst the students studying in India who have sort to seek accommodation in off-campus residential spaces, with them facing matters of adjusting to social issues that arise with being part of the Indian social and accommodation space. It became very clear that in terms of living within social spaces that comprise largely of individuals that are of different custom, social acclamation, culture, race, and general belief system, being part of that social group can come with a few adjustment components.

Extensive research has been conducted in relation to assessing the racial issues that are largely faced by students in universities as they attempt to assimilate into their new host countries. The societies that individuals end up finding themselves to hold different believes about different races which inevitably influence the manner in which they treat others, view them, and their beliefs about the values of other races. The issue of prejudice towards others is somewhat influenced by our perception of what we consider an outsider and who we consider as an insider. (Simpson & Yinger, 1984 ) stated that, “In a sense, each of us is an insider and an outside, depending on time, place and perspective. For students who are in most situations unfamiliar with issues of prejudice, racism, and stereotypes, facing these can be great stressors psychologically as they feel a threat in their social surroundings. As unpleasant as it might be, unfortunately, racial issues are common in places with or without a lot of diversity, either people of one racial group or both, holding untrue and in some instances, unfounded racial believes that result in unfair treatment of the other group. In university situations, this can be apparent across different boards of interactions, be it in administrative spaces, classroom arenas, campus institutions, or hostels. Each group’s beliefs about the other transcend into actions that are inherently noticeable.

An immediate and apparent issue that arises as a result of attempts to assimilate into a new society that does not share the same language as the individual is the issue of the language barrier. Language is a great mediator of emotion, a tool of communication, and a bridge for common ground, and a difference or disconnect with languages can result in a number of adjustment issues and communication difficulties. Understanding cultures is easily translated through languages but when an issue of language barrier arises then the transfer of cultural expectations and societal norms can be lost in translation. In essence, students can become disconnected and estranged from the society that they are new to.

These are just some of the few adjustments and psychosocial issues faced by foreign students studying in India. Adjustment is a common aspect of a transitional state in most cases of a change of environment, location, or social climate, amongst many other aspects of change. Largely adjustment can be understood to be behavioral processes employed by individuals in an effort to achieve some level of balance between their needs and the challenges of their environment, be it a new environment or a shift in their well-known environment. This essentially entails that, in the instance that an individual finds themselves in a new environment or experiencing changes in their familiar one, they are bound to experience some level of challenges in becoming acquainted with this change. These efforts to navigate these challenges are controlled by a number of factors that circle back to the circumstances around the environment and whether they are favorable to a successful adjustment.
Image Source
Author: Esther Gumbo