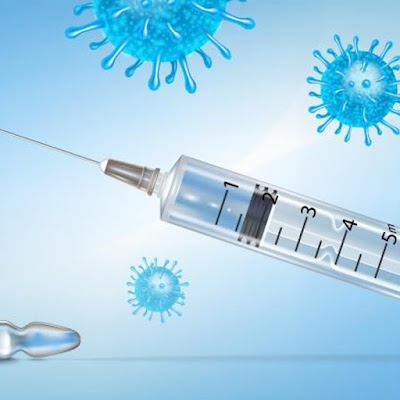 Since ages this debate has been going on whether the vaccination should be mandatory or not to the public. During the FirstWorld War, “Small Pox” named disease was spread in America and it has caused 50% death of the people who were found infected. After that, vaccination needed to be mandatory to stop such spread of disease. Approx one million children die due to lack of knowledge of their parents regarding the importance of vaccination. Since birth, children vaccination are mandatory for their immune system so that there is no harm to them in future of any kind of disease. Vaccination are basically provided from the age of two months upto the age of 15 years. It not only just protects your child from infection but also to people who they come in contact with.

Now mainly the question arises in the minds of parents that whether these vaccines cause any sort of side-effects to their kids or not. Even after occurring and passing the importance of the vaccination for their children some people believe that vaccination is made for the marketing process to sell it to the people. Due to lack of awareness among the people that how important it is for everyone to stop the spread of disease and people around them. Vaccinations are mandatory for people to stop getting them infected from various disease, it has only one purpose to protect people from getting infected through harmful disease. If people don’t follow instructions or do not take vaccines on time, it will create problem to their health as well as to people around them.

Vaccination is not just only for children but for adults too, from preventing those to get less infected. On the other hand there are people, who are complete against the vaccination. From Children to Old age people, vaccine should be made mandatory. There are some parents who don’t agree that how useful it would be to prevent and secure their kids with several disease.

Despite explaining them the facts and disorder which might cause damage if vaccination is not given to their kids at proper age and at proper time, few people still don’t follow-up with the given knowledge. Children who receive all kind of vaccines at the right time and at proper age, they are highly have any chance of contracting any disease. Parents earlier didn’t understand that getting them vaccinated will cure and protect from all deadly viruses/disease. Mostly children under age 5-6 should be vaccinated as required. Basically vaccine is just a way to protect our immune from getting infected and kill germs inside our body.

Well on the other hand the countries and even in smaller states the vaccination is given at low cost to public. Everyone needs to be get vaccinated and also states and countries makes sure vaccination are given at a lower cost. It is better to get vaccinated at the early age and not at the young age, if it’s done at an younger age there are chances of less cure and more amount for cure of particular deadly disease.

Well looking at the recent scenario, if we have a look at today’s environment the spread of Covid-19 in the entire world has caused number of deaths. To be on safer side, in today’s time vaccination is mandatory to every single individual, without vaccination there’s no chance to stop the spread of disease. If a portion of a community gets vaccine against the disease, it would be helpful for the people as well as for the surroundings. Vaccines are not only for the children but for the adults as well as for aged people too. Covid-19 vaccine is developed by Bharat Biotech and has supplied to all the countries who are infected by these deadly virus. Well these spread of disease is spread during the year 2019 and till now people are getting infected by it. Although most of countries have started giving vaccines to people and public are getting themselves vaccinated. Till now almost 40% people have been vaccinated.

Most of people have a second thought on vaccine that it may cause side effects to them. But it only cures and strength our immune system. People need to understand that how important it is to get vaccinated. Parents of school age children are increasingly claiming nonmedical exemptions to refuse vaccinations required. Anyways, in today’s times vaccines are becoming a victim of their success, many individuals have never witnessed diseases that vaccines protect against allowing a satisfaction towards risks of getting a disease.

With the increasing number of parents, they are completely aware and with the advice of doctors they do get their child vaccinated without having a second thought. There are still some factors of religious and philosophical beliefs, where the risk of vaccine is being misinformed to them and hence some people end up by neglecting it. State Legislature and Health department face difficult challenge while protecting people’s freedom while also safeguarding them. Parents often question about the degree of vaccine safety and effectiveness and of the extent of how researched they are. One of the concerns many parents have for not vaccinating their child is the belief that vaccines have potential adverse effectof causing mental condition. It is better to vaccinate and risk a small chance of having a reaction than to chance contracting a depleting disease.

Often parents think that the process may not be thorough enough.

An additional aspect of vaccines many parents are troubled with is the increase in suggested vaccines for young children. In today’s time it is recommend that children receives vaccines for ten disease also with flu vaccine, by the age of six. Surprisingly, a young child’s immune system is stronger than people. It can seem overwhelming that a child’s body take this amount of vaccine at such a young age, so parents are concerned over the adverse effects on a child’s body. One option parents may consider to ease their worries is a divide scheduled. Another concern parents have is the toxicity of ingredients within vaccinations, however, the ingredients used in vaccines are certified by the welfare. Somewhere internet data has false updating about the vaccination due to which parents are stepping back from it. It is unfortunate that parents are influenced by the stories they read online. They are being misinformed on the risks and general information on vaccines. A basic concerns many parents have is the safety of their children but they do not recognize that they are thinking about the wellbeing of other who are surrounded around them. Some diseases are still a threat. Another mind-set people have about vaccines is that many of the diseases are already been eradicated. Vaccinations are one of the most remarkable medical advance technology till now.

Most important of all we want children to thrive. The third argument for mandating the vaccination of children turns on unique features of children’s well-being. Children’s well-being may have different elements than adults’. For example, adults may be focused on values like authentic happiness and rational desires. This may not be true of (especially young) children.

Research into how to further improve uptake rates amongst vaccine hesitant parents suggests that talking concerns through with a trusted health professional is beneficial. Additionally, practical issues such as making sure that vaccines and health care are easy to access is essential. Many families who don’t vaccinate are not averse to it but simply have difficulty getting convenient appointments or don’t get reminders when their children are due vaccines.Perhaps making vaccination a core part of the educational curriculum could help future generations be less hesitant to vaccinate.

One thing we know for sure is that meningitis and septicaemia are deadly diseases that strike without warning, and vaccination has proved to be the only way to prevent it.Whether mandatory vaccination is the best way to achieve high uptake of vaccines remains under debate.When vaccines control disease, parents are less likely to witness the devastating effects of vaccine preventable infectious diseases first hand. It is then easy for misplaced anxiety or suspicion about vaccines to override concerns about the disease itself.Several countries have vaccination policies which could viewed as ‘mandatory’ to the extent that children without certain vaccines cannot attend school and/or their parents face fines or even imprisonment. But the principle of informed consent to medical procedures (sometimes required to be in writing) comes under severe strain when parents are ‘encouraged’ to vaccinate children under threat of such measures.

The moral is with everyone who is able should bear the burden of vaccination to receive the benefit of being protected from the spread of vaccine-preventable illness through herd immunity.