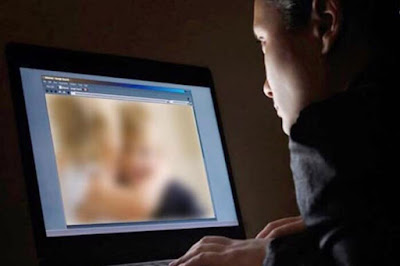 Here’s a question for all of the readers, would any of you like to see a naked or obscene photo of yourself or any of your close person on your favourite social networking site or on hundreds of lascivious websites, satiating the copulating need of millions? If you answered yes, then don’t read any further, and if it’s one of your greatest fears, then this post is just for you.

For instance, maybe in the past you clicked a nude picture and sent it to your now ex-partner. Your ex-partner shares it with his friends or on any social media platforms or maybe your phone has been hacked and your nudes are uploaded on any website. Once a nude photograph has been clicked there are various methods for it to land on any online portal. Under such circumstances what can you do? How did your picture end up on the internet without your consent?

It can never be a pleasant experience to learn that your private sexual content has been made public for all to view online. Fortunately, just because something has been uploaded online does not imply that it will remain so indefinitely.

In today’s world technology plays a vital, essential, and indispensable role. It is almost impossible to exist and work without the usage of technology. Technology gives rise to various boons but it also serves as a cause of bane. In this era, no person solely doing hard work can rise to great heights, a tinge on smart work is also required.

At the same time, it is also true that when human beings mix their emotions with the usage of technology it causes trouble. There are various social media platforms such as Instagram, Snapchat, Facebook, etc. which can be used for marketing, business, so on. However, people also use these platforms to upload their pictures and make friends.

Often, these platforms provide new filters to click pictures and upload. Many people take advantage of it by hacking into other peoples’ phones and stealing their private pictures and making obscene videos. Such content is then published on these web platforms.

The victim is frequently unaware of his legal rights and the legal mechanisms in place to deal with such a situation. To get rapid relief, he tends and prefers to use unconventional approaches. The reason behind such a step is that the victim’s reputation has already been ruined beyond repair until our current statutes are put into effect.

Miscreants may steal such pornographic materials by performing various types of internet crimes. While I feel that the primary duty for protecting one’s interests belongs with oneself, the latter plainly indicates that you have been the unlucky target of ever-increasing cyber-crime.

Today, we hand over electronic devices such as laptops, phones, tablets, Ipads to children at a very young age. At such an age they do not have knowledge of the cruelties in the outer world. They enter their phone numbers on unknown web pages, click on any website which might be unprotected. Such activities result in their phone being hacked and their personal information being leaked.

The captious society in our nation does not respond to obscene material online in the same manner that it does offline.

What happens after such intimate content is released on the internet

As a consequence, even if the victim is able to remove defamatory photographs, there is a good chance that they have already been duplicated and put on other websites. Furthermore, due to social media’s current gargantuan standing, authorities will find it very hard to erase the digital footprints. For the victim, the consequences go beyond embarrassment and horror.

The immediate effect of such an incident is the social stigmatisation and blame arising questions on the victim’s character.

Many websites have become platforms for this new type of online abuse that is exposing the ugliest aspects of relationships. Posting obscene photos or videos of an ex-lover or spouse on social media has become the new vogue for venting frustrations and expressing contempt. Hacking, child pornography, copyright infringement, and child grooming are further threats that make private sensitive material public.

According to the National Crime Records Bureau’s (NCRB) statistics report from 2019, there were a total of 44,546 incidences of cybercrime recorded in that year. Whereas in the previous year (2018), there were 27,248 instances, indicating a 63.5 percent rise in the number of cases reported under cybercrime. In 2019, there were 2,266 incidences of sexual exploitation among the 44,546 incidents of cybercrime reported. In comparison to the years 2016 and 2017, the number of such cyber crimes in the country increased drastically. Although the country’s crime rate increased in 2018 and 2019, the Indian government’s attempts to build new procedures to combat cybercrime, as well as increased public awareness, were some of the causes that contributed to such a large increase in reported cybercrime incidents.

From 2012 to 2013, the category of “transmission of obscene materials in electronic form” saw a drastic increase in the number of instances, with a 104.2 percent raise. The true figure might be substantially higher since many victims remain silent out of fear or humiliation. Furthermore, from 2016 to 2019, the number of cybercrimes connected to sexual harassment and exploitation in India was 51, 81, 2,030, and 2,266 correspondingly.

In this case, the accused was a man who, published intimate and offensive images of a girl on the internet without her consent. Prior to the conduct of the crime, he was in an intimate connection with the victim and had received the abovementioned personal photographs from her on the promise of marriage. The accused published the images and films on pornographic sites under both her and her father’s names after the victim ended the relationship to take revenge.

Held, the accused was sentenced to five years in prison and a fine of Rs. 9,000 by the Sessions Court in Tamluk, West Bengal, for posting private and indecent images of a girl on the internet without her consent.

The accused was convicted under Sections 354, 354A, 354C, and 509 of the Indian Penal Code, as well as Sections 66E, 66C, 67, and 67A of the Information Technology Act. The ruling was notable in that, in addition to the punishment and jail, the Courts also ordered the state government to consider the woman as a rape survivor and give her adequate compensation.

Immediate steps that can be undertaken

The distribution or circulation of obscene material is dealt with in Section 292 of the Indian Penal Code,1860. The sale, letting to rent, distribution, and public exhibition of obscene literature, among other things, are all prohibited under this law.

The criminal force or assault on a woman with an intent to insult her and outrage her modesty is defined by Section 354 of the Indian Penal Code, 1860. A person who commits such an offence faces a sentence of up to two years in jail or a fine, or both if convicted.

The punishment for criminal breach of trust is specified in Section 406 of the Indian Penal Code, 1860, and includes imprisonment for up to three years, as well as a fine or both.

A person who commits an act that intends to hurt or has grounds to believe that doing so would hurt an individual’s reputation or character is punished under Section 499 of the Indian Penal Code, 1860.

Anyone who defames another is subject to simple imprisonment for up to two years, a fine, or both according to Section 500 of the Indian Penal Code, 1860.

The punishment for a man who tries to insult a woman’s modesty by words, gestures, noises, or objects, intending for it to be seen or heard, trespassing on the woman’s seclusion, is outlined in Section 509 of the Indian Penal Code, 1860. A person who does so will face a sentence of up to one year in jail, a fine, or both.

The Information Technology Act of 2000, Section 66E, defines a violation of privacy as when the accused willfully takes, publishes, or transmits a photograph or image of the victim’s private body part without the victim’s permission or agreement. The offender of the crime faces a maximum sentence of three years in prison or a fine of not more than two lakh rupees, or both in some cases.

The publishing of sexual and obscene information portraying a kid is prohibited under Section 67B of the Information Technology Act of 2000. For committing the offence, such a person might face a sentence of up to 5 years in prison and a fine of up to ten lakhs.

Unless otherwise allowed by law, a government employee who discloses data and information acquired in the course of his or her responsibilities without the agreement of the person involved faces a criminal penalty under Section 72 of the Information Technology Act. Penalties include up to two years in jail, a fine of up to Rs100,000, or both.

Section 4 of Indecent Representation of Women (Prohibition) Act, 1986, (IRWA) prohibits the printing or mailing of books, pamphlets, and other materials that feature indecent representations of women. On a first conviction, any person liable under this section shall be punished with imprisonment of either description for a term not exceeding two years and a fine not exceeding two thousand rupees, and on a second or subsequent conviction, with imprisonment for a term not less than six months but not exceeding five years and a fine, not less than ten thousand rupees but it might go up to one lakh rupees.

Hence, although Courts and the legal system are seeking to assist victims of such crimes in receiving justice, other aspects of the law may impede their efforts. This might impede access to justice for victims of such crimes who, already burdened by societal expectations and stigmatisation, may choose not to disclose the crime in order to avoid being punished. While the provision of the legislation is essential to prohibit the unsolicited transmission of photographs, it must also take into account the agreement of the other party in receiving the photographs, especially in a romantic/interpersonal connection.

Another option is to enact new legislation that effectively addresses the new concerns that are arising in the virtual world and are not gendered in nature. Without such adjustments, the judicial system’s inconsistencies would continue to exist, preventing victims from receiving definitive justice.

This article is written by Sneha Mahawar from Ramaiah Institute of Legal Studies, Bangalore. The article discusses the concept of what to do if someone has shared your nude pictures without your consent.