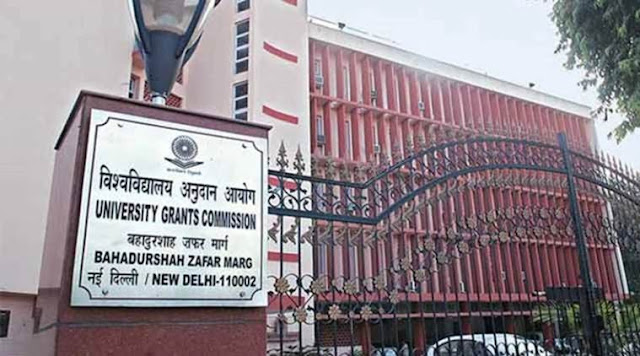 This situation of corona pandemic is a non-forgettable period that has swept the globe is perhaps going to be recorded in history as the most impactful and consequential event of this a century and many situations came forward like stretched the capacities of governance, public health infrastructure and social administration of affected nations to their limits. And with the particular time, the lockdown enforced to prevent the spread has brought economies to the ground and jeopardised the job prospects of many people. This will going to have many negative effects further in the coming years. So is the case with the final year graduates waiting in the wings and looking for their first job feel marooned. But this pandemic has ruined everyone’s lives.

Amid the Corona Virus pandemic in our country India, conduction of examinations have become a source of anxiety, stress, confusion and suspension for the final year college students all over India.

Weeks after the slogans and hashtags like #StudentLivesMatter #NoExams trended on Twitter, over 30 students from across our country India which also included a COVID-Positive student, moved to the Apex Court that is the Supreme Court of India against the guidelines prescribed by the University Grants Commission (UGC) which mandated the conduct of the final semester or final year examinations by 30thSeptember 2020 after the State Governments of Delhi and Mumbai had restricted the conduct of final year examinations in colleges in their respective states.

Once again it was clear that the body for higher education that is the UGC is in no mood to budge from its stand and also said that all universities/institutions across the country are obligated to conduct all universities and institutions conduct final year exam by the end of September 2020.

What is University Grants Commission (UGC)?

The university grant commission of India or UGC (1) is a statutory body set up by the Government of India in accordance with the UGC Act 1956 under the Ministry of Education, which regulates the standards of higher education in the country, which includes the standards of examination in the country. The UGC Act is traced to Entry 66 (2) of List-1 of Schedule VII of the Constitution of India. It also highlights that the conduct of course- ending terminal examinations are very important to the academic and career interests of people.

According to the guidelines raised as an issue to the academic calendar, the final year university examinations must be conducted by the end of September 2020.

Reports said that students have sought quashing of UGC guidelines which were brought into the light on 6th July 2020.

The petition was filed by a group of students who are final year students and who themselves are suffering from Covid-19 and some of whose family members are also Covid-19 positive. Among the petitioners who filed there was also a Covid-19 student.

The petition before the Apex Court clearly states that “Forcing such students to appear in the final year university examination on 30th September 2020 is violative of ‘Right to Life’, as enshrined within Article 21 (3)  of the Constitution of India.

The students also have sought directions to the authorities to provide another chance to improve marks to the students who may be unsatisfied with their marks based on past performance or internal assessment basis.

Background of the Case:

The matter of “UGC Vs Final Year Students” is a trending matter now and still, its hearing is delayed till 14th August 2020 when the final decision will come. Many petitions are filed by the final year students all over India. This matter was taken up by the 3- judges bench which consists of Justice Ashok Bhushan, R Subhash Reddy and MR Shah.

Affidavits were filled by the government of Maharashtra and Delhi before the Supreme Court stating that the exams would not be conducted in light of the COVID-19 pandemic. Then the opinion of UGC came forward and maintained that the exams needed to be conducted by September 30.

On July 31, the Court refused to pass an interim order in a batch of pleas seeking quashing of the UGC guidelines directing universities to conduct final-year examinations by September 30.

As then the Apex Court had asked the Union Home Ministry to clarify its stand on the UGC’s July 6 guidelines and the challenges filed by the petitioners.

In its response, UGC informed the Court that it would not alter the July 6 guidelines.

And then the statement of UGC came forward in the affidavit and it was said that the guidelines to conduct the exams were issued to “protect the academic future of the students”. It was also added that the exams were necessary to evaluate the students on “specialized elective courses” they took in the final year.

In this regarding, Tushar Mehta (solicitor general) representing the UGC, questioned the stand taken by Maharashtra and Delhi to cancel the exams this year. He also added that the cancellation to exams is contrary to the decision of the UGC which is the authorised body to confer degrees on students, he said.

Mehta after looking at all the issues waited for some extra time to respond to the affidavits filed by Maharashtra and Delhi.

UGC’s response before the Supreme Court: These are the various responses which UGC had presented before the Apex Court of India. These are:

1.      In the situation of this corona time, the final years’ students are  unable to appear in the examination conducted by the university for whatsoever reasons maybe, students of UGC  may be given an opportunity to appear in special examinations for such courses/papers, which may be conducted by the university as and when feasible, so that the student is not put to any inconvenience/disadvantage.(4)

2.      The opinions were also used that, UGC has issued such guidelines to protect the academic future of students across the country which will be irreparably damaged if their final year/terminal semester examinations are not held, while also keeping in mind their health and safety. (5)

3.      Particularly it happens when this has been settled in a good manner so that the courts of law do not ordinarily intervene in academic decisions and policies involving standards and quality of education, nor do they normally substitute the views of expert bodies. (6)

4.      Regarding the decision of the governments, (Maharashtra and Delhi) to either cancel the terminal semester/final-year exams for UG/PG students, and/or to graduate such students and it was conferred that  without appearing for the final year/terminal semester examinations is plainly contrary to the UGC guidelines degree is enable to confer.(7)

6.      As per submissions made the settled law, provisions which give overriding effect to an Act must be given a restricted meaning so as to be kept confined to the policies such as legislative policy, intent, object, scheme and purpose of that Act.      Under the UGC act, nugatory, this kind of provisions cannot be invoked to render the statutory provisions of another special Act.(9)

7.      So, with the revised guidelines of UGC the Ministry of Home Affairs has also permitted the conduct of final year/terminal semester exams by universities and institutions. According to MHA’s communication, the exams of final year and the terminal semesters are to be compulsorily conducted as per the date of UGC guideline 29.04.2020 and 06.07.2020.(10)

8.      The UGC guidelines dated 06.07.2020 adequately account for the evolving situation of the COVID-19 pandemic because they (a) provide sufficient time till the end of September 2020 to conduct the final year/terminal semester examinations after following the prescribed protocols and procedures relating to COVID-19; (b) give sufficient flexibility to universities/institutions to conduct such exams online, offline (pen and paper) or conducted (online or offline) mode, and (c) provide for an examination through the special chance for students who “for whatsoever the reason may be” are unable to appear for the examinations conducted by a university/institution by the end of September 2020. The exams can be conducted by the universities or institutions as and when feasible so that the students concerned are not put to any inconvenience and disadvantage. Now, the concern of petitioners and the state governments have been more adequately addressed by the UGC.(11)

According to the statement, the UGC had said of the 640 universities that had submitted responses, more than 400 had either completed final exams or planned to do so using the prescribed modes.

What else did UGC tell the Supreme Court of India recently? :

The University Grants Commission told the Supreme Court on 13th August 2020 that the decision of the Maharashtra and Delhi governments to cancel final year college exams due to Covid-19 was could not override its order to universities to hold the exams by September 30 through online or offline modes so void ab-initio.

The UGC stated that “Neither the Disaster Management Act, 2005 (12) nor the Epidemic Diseases Act, 1897 (13) empower the state authority or the state government to take decisions that affect or impact the standards of higher education. It is the UGC alone which is mandated to maintain such standards under UGC act. Hence, the decisions of the state authority and the state government (to cancel exams) are an encroachment on the legislative field of coordinating and determining the standards of higher “.

The UGC also said that Final exams play a crucial step in an academic career in every student’s life.

Last but not the least, it can be concluded that examinations must be conducted as per UGC guidelines for final year students as if it will not going to be conducted by all the state governments and universities across the country, then the students’ degree would not be valid anywhere and their lives will be ruined and a question mark will going to be put regarding their degree.

·        Item Number 66 (Union List) : It says “Coordination and determination of standard in institutions for higher education or research and scientific and technical institution.