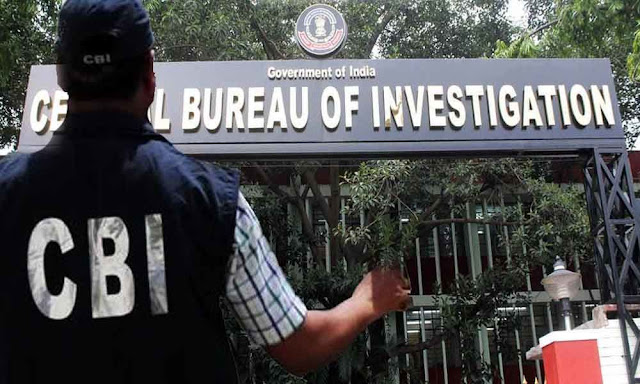 The origin of CBI is from the British Rule in our country, in 1946, World War-2, a War &Supply Department was formed by the Britishers as India had joined in the war while supporting the UK. During that, there were ample allegations of corruption involved in the supply of weapons and other war-related stuff and to investigate the same in the form of the special police establishment and the year of 1963 ministry of Home Affairs by an Executive order formed CBI. The agency primarily investigates economic crimes, special crimes, and other high-profile cases throughout India. Initially, the jurisdiction of the agency was limited to only corruption cases by central and state government employees. [1]In the due course jurisdiction expanded to the PSUs and public sector bank’s employees after the nationalization of banks.in early time CBI had two investigation wings i.e. General Offence Wings (GOW) and Economic Offence Wings (EOW). Four metro cities, Delhi Mumbai Madras and Kolkata have head offices of EOWs. With time the reputation and credibility of CBI have been increased significantly and as a result, various demands were made from time to time to investigate different crimes committed in India. Even the High court of various states and the Supreme Court of India ordered CBI investigations in various cases.

There is a rigorous process involved while appointing the director of CBI, as per the amended Delhi Special Police Establishment Act empowers a committee constating of Prime minister, Leader of Opposition, CJI or any Supreme Court Judge appointed by CJI appoints the director. Though it is presumed that CBI should have minimum political interference in the modus operandi but many instances have portrayed a different story.

Last year in a major controversial decision West Bengal and Andhra Pradesh government withdrew the general consent regarding the functioning of CBI in those states, though this step isn’t applicable retrospectively this decision has put a blanket ban on fresh cases in these concerned states[2]. There were allegations that the central government was using CBI maliciously for the political vendetta. The state government claimed that handling the law and order situation comes under the state list of the constitution (7thschedule) to justify their decision of withdrawal of general consent.[3]This general consent has been defined in the act itself.[4] It bars any member of Delhi Special Police Establishment to exercise its powers and jurisdiction without the consent of the state government of the concerned state. This decision is in direct conflict with the provision provided that gives CBI jurisdiction to investigate any crime all over the territory of India.[5]

Recently the chief minister of Rajasthan Ashok Gehlot has also withdrawn the state’s general consent to the CBI to conduct and investigate in the state. [6]This controversial decision was taken after an unprecedented political crisis in the state. Political and constitutional experts believed this is a major setback to the federal structure of the constitution.

Sushant’s sudden demise resulted in a grave heartbreak for everyone, after the several allegations of murder and abetment of suicide Mumbai police were given the charge to investigate the matter but after Bihar Police alleged that Mumbai Police is tempering the shreds of evidence and they didn’t corporate with them in the investigation, a demand of CBI probe started in social media and by the law experts. It is worth mentioning here that SP of Bihar Police was forcibly quarantined by the BMC which was against the SOP.[7]Mumbai police refused to avail the forensic report to Bihar police. Union government gave a nod to the CBI probe in the concerned case. In this defense, Mumbai police claimed that since no Zero FIR has been registered in Mumbai hence Bihar police weren’t entitled to investigate in Mumbai without prior permission[8].

In a landmark judgment of Satvinder Kaur vs the State of NCT, the Supreme Court held that police can investigate a case even if it is beyond the jurisdiction[9].  In another landmark Judgement of AP vs Panati Ramlallu[10], the hon’ble court held that lack of territorial jurisdiction can’t is ground of preventing police from recording any information whatsoever regarding any cognizable offence and forwarding the same information to the police station.

Supreme court highlighted that the Mumbai police are not portraying a good picture of their administrative decision in the Sushant’s death case.

CONCLUSION AND REFORMS NEEDED IN CBI:

We have seen numerous incidents involving major controversies related to CBI which are diminishing the reputation of the agency in the eyes of people. It is pertinent to note here that political pressure acts as a major hurdle in the functioning of the agency. In the past, we have seen the government in central tried to put undue influence on the politicians for their benefit. While hearing the Coal block case the Supreme court critically remarked that the CBI is acting like a caged parrot and government whether they were planning to bring any such legislation of provision which would provide autonomy to the agency[11]. Union government should also consider making the state coordination mandatory and amendment in Section 6 of the DPSE act is required for the proper functioning, we have seen how state governments used their discretion for asserting general consent in investigations.

In Vineet Narain and ors. VS Union of India and ors. [12]the Supreme Court suggested various reforms for making CBI independent. It was held by the hon’ble court that the director of the CBI should be appointed on the recommendations of a committee by the CVC, home secretary, and secretary in the department of personnel as members.

The government has taken initiatives like establishing the CBI courts for the proper functioning of the agency asserting that this will improve efficiency. In the year 2017 government exempted CBI from consulting the UPSC for the recruitment to the post of DSP for 3 years. Union government has also arranged advanced certificate courses for the CBI officers related to forensic science and data handling.

Complete autonomy of CBI is the need of the hour to increase its efficiency and maintaining the reputation of the best investigation agency of the nation. Any kind of political interference should be checked. Union government can also consider direct recruitment of officers to improve the manpower of the agency. CBI has set up a reputation where whenever anyone loses faith in state police while investigating crimes the demand of the CBI probe is witnessed, the central government should work towards ensuring that reputation of the agency at any cost.

[1] A Brief History of CBI, www.cbi.gov.in/history.phb