Evidence is a means “from which an inference may logically be drawn as to the existence of a fact. It consists of proof by testimony of witnesses, on oath, or by writing or records.”[1] The definition of “evidence” as provided by Section 3 (Interpretation- Clause) of the Indian Evidence Act, 1872, “means and includes” oral evidence, i.e. statements of witnesses before the Court and documentary evidence which includes electronic records produced before the Court for inspection. The term “means and includes” gives a prima facie impression that evidence has been defined in a strict sense with little or no scope for further interpretation. However, the definition is not exhaustive. Since the Act applies to both civil and criminal cases, the context of the meaning of evidence requires to be determined according to the facts and circumstances of the case at hand. 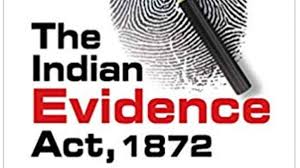 In Sivrajbhan v. Harchandgir[2], the esteemed Supreme Court held that-
“The word evidence in connection with Law, all valid meanings, includes all except agreement which prove disprove any fact, or matter whose truthfulness is presented for Judicial Investigation.”

There are various ways in which evidences can be grouped to be classified as types of evidences. Before indulging into describing the conventional types of evidences, an important concept of corpus deliciti evidence must be mentioned.

The Latin term ‘corpus deliciti’ literally means “body of crime”. This refers to a strong piece of proof that is substantial enough to establish that a crime has actually occurred and there exists a case at hand. For instance, a dead body found with a grave injury on the head is substantial to establish a homicidal case. A person cannot be accused of a crime unless there is corpus deliciti evidence that the said crime has actually taken place to begin with. One cannot be accused of theft unless the prosecutor can prove that some property was stolen.

All such evidence which the courts permit the witnesses to present before it in the form of spoken statements is called oral evidence. Section 60 of the Act states that oral evidence must be direct, i.e., the witness can make a statement before the court about an incident which he has experienced firsthand and the same must be relevant to the case at hand. It is confined to words spoken by mouth or signalled by gestures. Thus, where a dumb person provides evidence by signs or by writing, it would hold the same value as that of oral evidence. Oral evidence includes cross-examination of witness by opposite party.[3]

The definition of “document” in Section 3 of the Act is similar to the definition provided by Section 29 of the Indian Penal Code, 1860. The term includes all such material substances upon which thoughts have been expressed by writing, convention signs and symbols. Documentary evidence deals with any such evidence which records any fact or adds value to an argument in order to prove a disputed matter. Essentials of documentary evidence include-
– Authenticity of the document
– Manner in which the document’s contents are proved
– To what extent the oral evidence is excluded by the documentary evidence
The meaning of a document or of any relevant portion must be sought for in the document itself. However, the document must be read as a whole and not as a piecemeal.[4] Articles like compact discs, memory cards, hard discs, pen-drives, etc. containing relevant evidence in electronic form are also documents.[5]

Direct evidence is the testimony of the witness as to the principal fact of the case, i.e., providing a fact to directly prove or disapprove the real issue. For instance, the testimony of an eye witness who himself saw the accused committing the alleged crime. Producing original documents is also direct evidence. The Supreme Court has propounded a rule to string the evidences in cases where there are multiple eye witnesses of a crime to satisfy the test of consistency.[6]

Circumstantial or indirect evidence proves one fact by proving interconnected facts and their relevance. There is a high possibility of not deriving any solid inference. While linking the chains of events, the relevance of this evidence to the actual facts may be more apparent than real and therefore it is less satisfactory than direct evidence.

The Information Technology Act, 2000 amended the definition of evidence to include ‘electronic records’ in it. An electronic record includes stored images and sounds, records and data generated, or any sort of evidence received or sent and stored in electronic form. Such evidence must be collected in the least objectionable manner.

Real evidence, also known as material evidence, is tangible objects provided in court for its inspection. It includes objects like murder weapon, photographs, video clips, etc. Such evidence is not obtained from any document or witness but its significance requires to be supported by an expert witness.

Forensic evidences bring out crucial facts which cannot be seen with the naked eye. It involves scientific questions which are beyond the knowledge of a layman or the court. This evidence can be further divided into physical evidence which refers to non-living materials (fingerprints, bullets, footprints, etc.) and biological evidence (blood, hair, saliva, semen, etc., including botanical materials).

Bentham’s defines that “Witnesses are the eyes and ears of justice.” Section 118 of the Act renders all witnesses competent to testify, unless the court is of the opinion that they are unable to understand the questions and provide rational answers, owing to “tender years, extreme old age, disease, whether of body or mind, or any other cause of the same kind.” A witness can be examines, cross-examined and re-examined if the court/party desires.

Witnesses can be classifies into the following categories-

An eye witness is an individual who was present in the crime scene when the alleged crime took place and had observed it firsthand. He/she may testify provided he/she is legally qualified and competent to do so.

The testimony of a prosecution witness serves to aid the prosecution’s cause and validate its claims and arguments.

A defence witness is summoned to support the case of the defending party, i.e., the defendant.

A child witness’ testimony is admissible[7] only after it is established that he/she has the intellectual capacity to understand the questions and give rational answers.[8] To date, no minimum age is determined to render a child witness competent.[9] The court must not reject evidence by a child witness and must act with prudence in order to closely scrutinize such evidence.[10] A child’s testimony is considered to be vulnerable to be tainted by interested adults[11] and therefore must be affirmed with collateral circumstances and corroborative evidences.[12]

A hostile witness is one whose statements give an impression that he intends to hide the truth, thereby obstructing the court to reach to a conclusive decision.

An individual who testifies not for the purpose of justice but rather out of a personal benefit (material benefit or vengeance, enmity) in the conviction of the accused is an interested witness.

A witness’ inability to speak must not be a hindrance for him to testify. As per Section 119 of the Act, a dumb witness (one who is not able to speak) may testify with the help of intelligible writing or by gestures that are understood by the court. The testimony of dumb witness is deemed to be oral evidence.

An expert witness is specialised in a particular field by virtue of his education, training, skills and experience, and helps the court reach to a reliable conclusion. The test is to provide some concrete information which is beyond the knowledge of a layman and of the court.

Any person who by sheer coincidence happens to be present when the alleged crime occurred is called a chance witness.

An accomplice witness is an individual who had participated in commission or omission any unlawful act connected with the alleged crime.

1 thought on “Types Of Evidence And Witnesses”