On 14th August 2020, the National Company Law Appellate Tribunal (“NCLAT”) in Sushil Ansal v. Ashok Tripathi, held that a ‘decree-holder’ would not come under the definition of ‘financial debt’ under section 5(8) of the Insolvency and Bankruptcy Code, 2016 (“the Code”), therefore, application under section 7 of the Code was not maintainable. This has been a contested position in the law, but either of the objectives under the Real Estate and Regulation Act, 2016 (“RERA Act”) or the Code doesn’t restrain home buyers or the creditors to limited remedies for attaining their rightful dues from the builders and corporate debtors. Despite of this ambiguity, the NCLAT erred in its judgment by limiting the interpretation of a ‘decree’ and furthered numerous complexities for future cases. 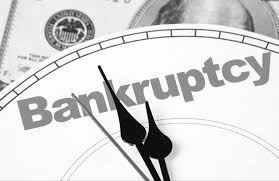 In this article, the author shall first brief up with the facts of the Sushil Ansal judgment to provide an overview with the fundamental issue. The post will then expound upon the NCLAT’s holding in the judgment and thereafter, provide a critical analysis with the help of landmark decisions in Pioneer Urban Land v. Union of India and K. Kishan v. M/s Vijay Nirman Company Pvt. ltd. Then, the post will conclude with the remarks of the author with regards to the judgment.

The dispute underlying the triggering of CIRP at the instance of two parties: – Mr. Ashok Tripathi and Mr. Saurabh Tripathi, owes its genesis to booking of dwelling units under a Real Estate Project owned by Mr. Sushil Ansal. Mr. Ansal i.e. the corporate debtor issued allotment letters in favor of Mr. Tripathi which consisted of date of completion of construction and possession of the units. However, even after lapse of 5 years, Mr. Ansal failed to deliver the units to Mr. Tripathi thereby the latter party filed for recovery proceedings in Uttar Pradesh Real Estate Regulatory Authority (“UP RERA”). The tribunal issued a recovery certificate establishing the existence of financial debt and the liability of the corporate debtor. Thereafter, Mr. Tripathi also sought for corporate insolvency resolution process under section 7 of the Code against the corporate debtor in the capacity of decree holders to settle the dues as quickly and timely as possible.

There were two issues in this case, first, Mr. Ansal alleged that the application filed by Mr. Tripathi was not maintainable in light of the ‘Insolvency and Bankruptcy Code (Amendment) Ordinance, 2019 as the latter did not meet the required criteria viz constituting either one hundred allottees or ten percent of the total allottees; second, decree holders cannot initiate insolvency proceedings as they aren’t envisioned within the ambit of section 7 of the Code. For the sake of the purpose of the post and brevity, we’ll emphasize on the second issue of the case.

In light of maintainability of application under section 7, the fundamental requirement is that the allotees have to be financial creditors of the insolvent company. To constitute Mr. Tripathi’s position as financial creditors, the establishment of a ‘financial debt’ under section 5(8) of the Code is a pre-requisite. To establish whether a decree would come under the definition of a financial debt, NCLAT stressed upon the aforementioned provisions under the Code and section 2(2), 2(3), Order XXI Rule 30 of Civil Procedure Code, 1908 (“CPC”) and held: –

This is an extremely restricted approach in interpreting the character of a decree, since it’s true that it is a formal document issued by the courts that can be enforced and challenged but it’s also an indicator of the rights and liabilities of the parties. An undisputed decree can conclusively add on to the proof of a financial debt of the corporate debtor. In K. Kishan case, the apex court held that an arbitral award which is unequivocally barred by limitation can be used to trigger the process of insolvency under the Code. Even though arbitral award is not a decree, but by simply deducting from the ratio of the judgment, the award holder would also not come within the purview of a financial creditor. Nonetheless, an arbitral award is also an adjudicated amount but that should not prevent the award holder to avail remedies under the Code.

The intention of the legislature behind enacting of the Code was to enable the distressed parties claim their rightful financial dues from the corporate debtor. A decree should be treated as a conclusive right of such a financial debt, because even if its an adjudicated amount, such has come from the existence of a financial debt of corporate debtor. The NCLAT also stated that the recovery decree issued by UP RERA could be executed under section 40 of the RERA Act with the requisite tribunal, therefore, a decree holder cannot trigger the insolvency proceedings. However, In the landmark Pioneer Urban Land case, this contention was rejected by the apex court and held that, remedies provided under RERA and the Code are concurrent and parallel remedies. The objectives of both the Acts is to secure and preserve financially the rightful dues and interests of the homeowners/creditors, therefore, the intention of the legislature was not to exclusively provide remedies under the respective acts limited to availing only one of them.

The precedent set by NCLAT has not only created a sense of confusion and ambiguity with the regards to the specific issue, but also been inconsistent with the precedents established by the courts. As already mentioned in the post, it’s imperative for the courts to emphasize upon the statements and objectives of the Acts before adjudicating on the issue. The objectives of both the acts does not limit the distressed party to avail remedies in any of the aforementioned acts in any sort of situation. Further absurdity arises when the implications of this judgment are taken in cognizance, because not only will it lead to unnecessary delays and hardships but also, any enforcement of decree against the builder issued by RERA shall cease to operate due to initiation of insolvency proceedings under the Code. Considering the notorious issue of execution of decrees in India, it shall be appropriate for courts to establish a precedent that lets the parties avail the remedies without any uncertainties or restrictions.
Image Source
Author: Umang Pathak, Jindal Global Law School, Sonipat, Haryana