MY DEFINITION OF LAW 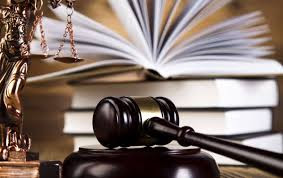 We humans are social being, we are all depended on each other while living in the same society. When so many people live together, there is bound to be some kind of fights, different kinds of perspectives are supposed to clash against each other and create anarchy. That time, it gets crucial to have some kind of rules to abide by; and law plays significant role on that purpose.
In my opinion, when we create law with compassion, ethics, and with cognitive empathy, only then the best version of Law can be formulated. Law should not be just some bundle of rules that one gets bound to it, law should be like the light which upholds the highest human morals, ethics, human compassion, and cognitive empathy. When law succeeds to uphold all the qualities, it will be capable to control all the crimes in the society and change the society for the better by changing mentality of the people staying inside the society. Law should be seen as the light in the darkness, it is the only medium which is capable of ending darkness of anarchy and crimes in the world, by filling it up with the light of justice, and by ensuring a society where empathy and human compassion can be established with the right use of law.

THE EFFECT ON RECIPROCAL RELATIONSHIP BETWEEN STATE & ITS CITIZENS

A State’s wellbeing largely depends on the reciprocal relationship between the State and its citizens; and to keep the relationship smooth, law plays an important role in that. A State is run by particular laws and the citizens living within the State are bound by the laws as well.

To understand the needed ideal form of law, firstly we must understand the expectation of the citizens from its State, only then we can establish the ideal form of law’s main pillar. A citizen expects from the State to ensure the protection of himself and his family, to create sufficient job opportunities, to provide the fundamental needs, to ensure the security of his property and his life etc. In that case, such law should prevail in the State that ensures all the necessary expectations of the citizens. If such law is established which ensures the expectations of citizens, then a good bond can be created between the State and its citizens. But I think the ideal form of law cannot be formulated by ensuring certain expectations of citizens only, the matter is deeper than that.

According to me, the ideal form of law cannot be formulated without upholding the law that reflects compassion, cognitive empathy, ethics, highest human moral in the State. A law succeeding to uphold the highest qualities can eradicate darkness of crime within the society and ensure safety of every citizens living in the State. A good bond and decent understanding between the State and its citizens, is only possible when basic expectations of a citizen surely gets fulfilled; like- safety of life, respect and property etc. Ensuring the security of life, respect and property is completely possible, when law itself becomes the epitome of ethics, compassion, empathy, and highest human moral. When law succeeds to reflects all that, only that time all the citizens within the society can be capable of practicing compassion, empathy and ethics inside them; whenever a person thinks to harm someone or cause any crime, the deep-rooted highest moral values can possibly stop him to cause the crime that he intended to do. In that way, all the citizens can keep faith on the State where any crime is prevented by such law, and ensures all the necessary expectations as well.

Hence, the ideal form of law is which ensures the fulfillment of the expectations of the citizens and reflects highest human morals, ethics, cognitive empathy, in respect to the reciprocal relationship between the State and its citizens.

THE POSSIBLE REFLECTION OF THE LAW

The new form of law I am expecting to establish in future, it is supposed to bring possible positive changes in the society. It will not only change people’s lives in positive way, but will be able to make them think about the society, the State and other people with a mind filled with compassion and empathy. The State, where law can reflect empathy and compassion, that State can never fail to achieve harmony inside the people, and there barely any crime can take place. When every citizens of the State understand each other and sympathize while reflecting the ethics from the result of the law, no person will be able to harm each other without thinking twice. Such a society with this new form of law, can be free from any situation which can cause clash between the citizens or can cause any big crimes in the State.

Law is continuously evolving and law will keep changing till the end of the earth. Lots of matters depends on the upcoming development of law, so why not establish a new form of law which can change the epitome of law itself that has been lasting for the past several decades? Law should not be seen as the rule-bound to follow only, the law itself can reflect the highest human morals which can stop crimes and maintain peace & harmony in society. By law, we usually think as the medium to stop crimes in society by ensuring punishment who breaks the law. What if we can change the very epitome of law, by changing its way. This new form of law may not only ensure punishments for the law breakers, but it possibly can close the roots of all the crimes in the society. A society with a new perspective in the result of the new form of law, can definitely be a safe place for all the people.
Image Source
Author: Sabrina Hilali, University of Rajshahi, Bangladesh

18 thoughts on “A New Form Of Law: Future Possibilities & Changes”