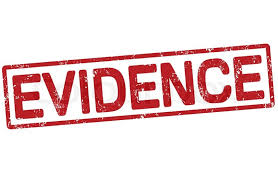 What is the Burden of Proof[1]?

In simple terms, we can say that the Burden of Proof is the responsibility of both parties to prove the fact of the case either standing against or favour of the case. The burden of proof is the most important part of every case which is needed to prove its self in front of the court.

Principles of Burden of Proof

The principle of Burden of Proof contains two important maxims which are onus probandi (burden of proof) and factum probans (proving the fact). onus probandi means that the onus contains the liability of the party and has some obligation to prove a fact which is shifted one party to another party in the case.

Section 101, the Burden of Proof states that the party needs to proof the court’s judgement to a legal case or right which is based on the facts that must be prove those type of facts without contains any reasonable doubt.
In the case of Jarnail Sen v. State of Punjab[2] court held that the if the petitioner/ prosecution fails to present the satisfactory evidence in the court to discharge the burden and it does not depend upon those type of evidence which was adduced by the accused person in the case for the support of their defence.

Section 102- Burden of Proof of Lies

In the case of Triro v. Dev Raj[3], constructing the suit was delay by the defendant and the defendant had prayed to the court for the over a limitation of the period. The plaintiff already knows that cause of delay and then the burden of proving the case if it was under the given period on the plaintiff.

The burden of proof of a fact lies to the party who able to present in the court and the court to believe that such fact come in the existence of the case unless or until a law recognised itself.
In the case State of Haryana v. Sher Singh[4], AIR 1981 SC 1021 when the accused wants to takes a Plea of alibi, the accused must need to prove it.

The burden of proving a fact that it is compulsory to prove to allow any person and it will be depending upon the given fact or evidence that makes the subsequent fact is admissible and relevant of the fact. The burden of proving that fact always lies on the party who wants to give such evidence.
Illustration: A wants to prove the dying declaration of B, A must prove B is dead.

Section 105: Burden of proving that the case of the accused comes within exceptions. —

This is the most important section under the burden of proof. Because this section deals with the burden of proving lies on the party if the party claims on each come under the exceptions. This section contains some parts of the Indian Penal Code 45 of 1860. When accused of any offense which needs to setup the circumstances related to the case excluding the General Exception and which comes under the Indian Penal Code 1860.
In Pratap v Stare of U.P[5] in this, the accused caused death in self- defence and it was sufficient ground even that he had not taken his such type of defence in the committal proceeding. Further, the Supreme Court held that concepts of the burden of proving come under the General Exception and it can be discharged by showing a preponderance of probability.

Section 107: Burden of proving the death of a person known to have been alive within thirty years.

“When the question is whether a man is alive or dead, and it is shown that he was alive within thirty years, the burden of proving that he is dead is on the person who affirms it.”

Section 108: Burden of proving that person is alive who has not been heard of for seven years

Section 109: Burden of proof as to relationship in the cases of partners, landlord, and tenant, principal, and agent.

Section 110: Burden of proof as to ownership

This Section explains to the principle the possession is always lying on the prima facia evidence to complete the definition. The most important thing that this section does not apply when the party possession is obtained by fraud or using some force. Under this section could be applied only two conditions (1) that the possession of the party or plaintiff is not wrong. (2) that the title of defence is not proved by the party.
Example: A has a cycle. В claims the cycle as him, В has to prove that he purchased it and the burden lies on B.

Section 111: Proof of good faith in transactions where one party is in the relation of active confidence.

This section analyses the responsibility of the person in a good faith upon the party to occupy the place of trust and confidence in a case. The law states that the person enjoying the positions with confidence, and it must be an act done in good faith toward the party. The burden of proof lies upon the party to need to prove that he did the act in a good faith (bonafide intention).
Jawahar Lal Wali v/s J. and K[6] 1993 SCC court held that “where a person who claims to have acted in a good faith has to appear in person before the court to establish his claim through examination and cross-examination. The opinion and feelings of other witnesses may not be sufficient on that point”.

This section talks about that the party of the commission of some certain offenses under the IPC like those conspiracies against the government etc… we can presume that the party or accused to be guilty and it must be proof that he is innocence i.e. the burden of proof lies into him (accused)

Section 112: Birth during the marriage, conclusive proof of legitimacy

This section explains that even a child is born during the under course of the marriage or within the period 280 days of its dissolution. We may be presuming that the legal child of his father. In the case of Smt. Dukhtar v. Mohd.Farooq[7] A.I.R 1987 SC.1049 Court held that “the father would have the burden to prove that the child is not his or would owe the same obligations as he would to a legitimate child”.

Section 113: Proof of cession of territory

This section especially mentioned that the accused need to prove that under some specific law i.e. “A notification in the Official Gazette that any portion of British territory has 2[before the commencement of Part III of the Government of India Act, 1935 (26 Geo. 5, ch. 2)]”

These sections explain the allegation of harassment, cruelty, and dowry death by the husband or his family. The burden of proof lies on the husband and his family.

Section 114: Court may presume the existence of certain acts

Section 114 grants permission to the court to presume the existence of certain facts of the case, and accordingly, the burden of proof has been shifted toward the party or accused.