The transgender community is among one of the most marginalized communities in the country because they don’t fall into the category of “male” or “female” gender stereotype.
In 2014, the Supreme Court recognized the right of a transgender person to self-identify themselves as male, female or third gender.[i] Besides, the court ordered the central and state governments to provide legal recognition to transgender persons, remove the social stigma and discrimination they face, and provide them social security schemes. 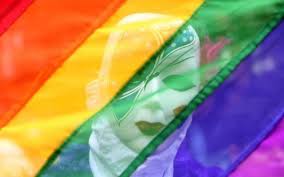 WHAT Is ‘Transgender Persons (Protection of Rights) Rules, 2020’?

1. The draft regulation demonstrates the manner, form, and process below by which people can be identified as transgender: –
a) An application for a Certificate of Identity must be submitted to the District Magistrate. This application will include an application form, an affidavit, and a report from a psychologist working in a government hospital.
b) The District Magistrate must issue a certificate in 60 days along with a transgender identity card, but only to the applicants, who reside for one year on the date of application, within the area of his/her jurisdiction.
c) In case of an application for a revised certificate of identity, after a person undergoes sex reassignment surgery, the applicant must submit a certificate by the Medical Superintendent or Chief Medical Officer of the institution where the surgery was performed, to the District Magistrate. A revised certificate of identity must be issued within 15 days, indicating the gender of the person, along with a revised identity card.
d) In case an application gets rejected, the applicant may appeal the decision within 30 days following the date of rejection before the appellate authority is designated by the competent government.
2. The competent government must educate transgender persons about the available benefits, ensure the legislations are non-discriminatory towards them, establish facilities like rehabilitation centres, HIV monitoring centres, separate medical rooms, & separate bathrooms for transgender persons 2 years of the regulations being announced.
3. The National Institute of Social Defence, which is under the Ministry of Social Justice and Empowerment, serves as the secretariat to the National Council for Transgender Persons. The central government will provide grants to the institute to perform this function.

Firstly, the reason for the requirement of a psychologist’s report is unclear, since the act gives the right to self-identify, which implies the gender identity of a person cannot be determined by anyone other than themselves.
Secondly, if a person can claim to be transgender in an affidavit submitted on their application, it is clearly unspecified about the additional information required in the psychologist’s report.
Thirdly, there is acute storage of clinical psychologists, as according to the NHRC 2019 report, there are just 898 available against the requirement of 20,250 clinical psychologists in government and private hospitals.[iv]
According to the 43rd report by the Standing Committee on Social Justice and Empowerment, 2016[v], observed that the presence of medical professionals on the panel to determine a person’s certification increased the risk of evaluating the applicant’s gender identity on a medical, biological, or psychological basis, which would violate the right of transgender persons to self-identify their gender.

It is unspecified on what grounds authorities may determine whether a person is filing a false application and penalty to be charged. It also ignores the inclusion of provisions like, ‘prohibition of unnecessary surgeries on infants born with ambiguous genitalia.’ Moreover, there is a non-corporation of ‘non-binary trans persons’ in any of those rules, leaving them unidentified.

3. The Process for Gender-Determination After Sex-Reassignment Surgery

The Trans rules specify how a person undergone surgery may apply for a revised certificate, by submitting a medical certificate and application form. However, the application form provided in the draft regulations for the revised certificate allows the applicant to choose “transgender” as the gender of their choice and not “male” or “female.”
A transgender person should receive the option to choose either ‘man’, ‘woman’ or ‘transgender’ as well as have the right to choose any of the options independent of surgery/hormones.

It is a known fact that Transgender persons have historically faced a range of discrimination by the State and citizens who go beyond the categories enumerated in Articles 15(1) and 15(2) of the Constitution.
With just 30 days provided to respond on the draft (given in English language only) with comments, suggestions, and feedback through online mode, especially amidst the national lockdown, posed a great difficulty for the trans community to communicate due to limit or no access to the internet.
It vaguely requested a review of all existing educational, social security & health care schemes, welfare measures, vocational training, and self-employment schemes to include transgender persons. But there was no inclusion of separate-vertical reservations, different support systems, gender sensitization, and awareness programs, and job security schemes (e.g. MNREGA).

5. Compulsory requirement of one-year resident address in an application

In 2014, the Expert Committee on Issues Related to Transgender Persons[vi], observed that most of the individuals from transgender families are detached from their families, abandoning them under their community with unemployment & the temporary residence. Therefore, it can be difficult for a transgender person to prove their place of residence for at least one year or ‘the important role of parents in making on an application on behalf of the minor child’, before submitting an application.
The compulsory requirement of a one-year residence permit is unrequired for various other licenses and certificates. Like, the civil marriage notice requires that at least one of the parties to the marriage resides in the area for at least 30 days.[vii] When applying for a driver’s license with an RTO, there is no minimum length for a person to reside in the area.[viii]

With all these neglects, do these rules help to remove the current social, political, economic, and legal stigma, or continue to violate the human rights and constitutional rights of every individual under the guise of “Transgender”?
Plus, there is an urgent need to protect transgender people against sexual abuse and rape, the present provision is sadly inadequate as it does not allow for definitive measures which specify the exact non-consensual acts that should be prohibited. And to deal with trauma and violence, crisis counselling services can be set up along with rape and crisis intervention centres.

The centre considered the criticism received from the LGBTQ community on the draft for depriving them of their dignity by requiring officers, such as District Magistrate, to verify and certify the gender of a person. On 25th September 2020, the Union Ministry of Social Justice and Empowerment issued a notification[ix] on the Transgender Persons (Protection of Rights) Rules, 2020, which stated that transgender people will no longer have to undergo a medical examination to declare their desired sex[x].