Cyberstalking is a criminal practice that involves using the web, telephone, and/or the other transmission device to stalk another person. The perpetrators are involved within the destruction of knowledge or equipment, solicitation of minors for sexual purposes, threats, or the other sort of repeated offensive behaviour. The offenders use social media platforms, email, chat rooms, instant messaging, or the other online media to harass the victim. 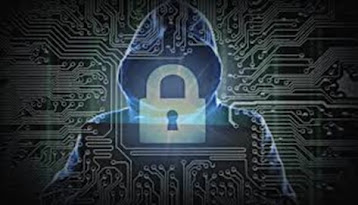 Cyberstalking may be a sort of online harassment or computer oriented harassment. The Forbes defines online harassment or cyber harassment as repeated online expression amounting to a “course of conduct” targeted at a specific person who causes the targeted individual substantial emotional distress and/or the fear of bodily harm. There are various psychological reasons behind stalking like severe narcissism, hatred, rage, retribution, envy, obsession, psychiatric dysfunction, power and control, sadomasochistic fantasies, sexual deviance, internet addiction or religious fanaticism.

There are three usual sorts of cyber stalking: online abuse, trolling and sexting.
1) Online abuse: Online abuse incorporates actions that use information and communication technologies to support intentional, repeated, and hostile behaviour by a private or group that’s intended to harm another person. Victims are frequently known personally by the perpetrator.
2) Trolling: Trolling is deliberately sowing hatred, bigotry, racism, misogyny, or simply simple bickering between others. Trolls are users who thrive in any environment where they’re allowed to form public comments, like blog sites, news sites, discussion forums, and game chat starting arguments or making people unhappy, by posting inflammatory, extraneous, or off-topic messages in a web community.
3) Sexting: Sexting involves the utilization of a mobile or other similar device to distribute sexually explicit images or videos.

Cyber stalking takes many forms like : Uploading personal information such as name, address or telephone number on the web Hacking and saving emails, text messages and social media posts and using them to harass or blackmail • A victim Hacking into the victim’s social media account to post offensive material and comments • Releasing personal or fake information to discredit a victim at his/her office • Using the victim’s social media account or email to stalk and get in touch with others • Creating malicious websites, fake social media profiles and blogs a few victim.

A survey by a worldwide security firm Norton among 1,035 adults last year found that online harassment is on the increase in India. A number of its key findings were that 8 out of 10 people had encountered some sort of online harassment, cyber bullying and cyber stalking. A study also revealed that social media platforms like Facebook, Twitter and even Instagram are potential hunting grounds for cyber-stalkers. Victims usually run into an offender at such platforms. This might be because 39% of youngsters fail to enable their privacy settings on social media. Moreover, 25% of teens on social media reported that online incidents have resulted in face-to-face confrontation. Consistent with the research report by WHOA (Working to Halt Online Abuse) in 2013, the ratio stood at 60% women to 40% men. In 2013, most reported victims of cyber-stalking lived in California and most cases were reported within the US.

LEGISLATIVE FRAMEWORK OF CYBERSTALKING IN INDIA:

In 2001, India’s first cyberstalking case was reported. Ms. Ritu Kohli was working with an embassy in New Delhi when her perfectly normal life turned the wrong way up. She started receiving a series of emails from an unknown source. Within the mails and letters, the accused, Manish Kathuria, threatened Kohli that he would put up her morphed pictures on adult sites alongside her telephone and residential address. The police registered her case under Section 509 of the Indian legal code, 1860 for outraging the modesty of Ritu Kohli. But Section 509 had no mention of acts done to outrage the modesty of a lady online. This acted as an alarm for the Indian Government, for the necessity to amend laws regarding the aforesaid crime and regarding protection of victims under an equivalent.
It took a series of petitions, but the case within the question which cause this radical judgment, was Shreya Singhal v. Union of India 8. Section 67A of the Act which is provision handling cyber stalking and as a reproduction of Section 292 of IPC: ‘Punishment for publishing or transmitting of fabric containing sexually explicit act, etc.’ This section relates to publishing obscene material in electronic form, it are often associated with online stalking.

Section 66E of the Act deals with voyeurism and reads as follows: “Whoever, intentionally or knowingly captures, publishes or transmits the image of a personal area of a person without his or her consent, under circumstances violating the privacy of that person, shall be punished with imprisonment which can reach three years or with fine not exceeding two lakh rupees, or with both.” 10 And Section 354C of IPC criminalises the offence of Voyeurism.
Section 354D of IPC defines stalking. It reads as follows: “Any man who follows a lady and contacts, or attempts to contact such woman to foster personal interaction repeatedly despite a transparent indication of disinterest by such woman; or monitors the utilization by a lady of the web, email or the other sort of transmission, commits the offence of stalking. The victim also can additionally file a complaint against the perpetrator under Section 499 of IPC which deals with defamation. Section 503 punishes criminal intimidation as threats made to a person with injury to her reputation, either so as to cause alarm to her, or to form her change her course of action regarding anything she would otherwise do/not do. Section 507 punishes criminal intimidation by an anonymous communication with a term which can reach two years of imprisonment.
The Indian Legislation has lack provisions explicitly handling the offence of Cyber stalking. It’s possible to punish the offender under the abovementioned provisions, but there’s no expression provision handling solely this crime. It makes the commission of the crime easier, while the consequences on the mental and physical wellbeing of the victims are major and long lasting. The penalty provided under existing provisions must be increased keeping in mind the effect on the victim.

In the virtual universe, cyber-stalkers are hidden at every corner waiting to attack their potential prey. People may never know when they’re being projected as a target until it’s too late. There are some ways during which a cyber-criminal can target you. The subsequent are some simple ways to guard yourselves online: Don’t send or receive private emails or messages when connected to a public Wi-Fi as they’re highly unsafe. With modern technology, there’s always an opportunity that somebody might be keeping an eye fixed on your internet traffic.

To guard your personal data and to stay yourself anonymous online use of a VPN should be done. Install a secure, secured and latest version of top-notch antivirus software on your PC, laptops and other devices. Keep your uploads on social media in restraint. One shouldn’t provide excessive personal information which might help a cyber-stalker to commit crimes easily. One should use strong and unique passwords and also put multi-factor authentication so as to stop quick access to your personal information.
Avoid phishing mails, which are a serious threat online. This will be done by raising awareness and implementing the strategies suggested above so as to guard yourself and your loved ones from these sorts of threats.

In recent years, a succession of legal articles proposing regulation of cyber stalking have either attempted to justify cyber stalking as an extension/continuation of stalking or have overemphasized the importance of formal Gothic law. They need rarely looked into cyberspace with any real social insight, instead that specialize in the question of the way to adapt laws of the important world for application in cyberspace. Cyber stalking may be a new sort of crime itself. None of the prevailing provisions are capable of handling the cases efficiently.

India doesn’t have any direct legislation on the topic. Information Technology Act and Indian legal code have few provisions that would be associated with this cybercrime and hence the stalkers are often booked under those provisions. There are hardly any reported cases because the police authorities don’t take up the case due to the enforcement issues because the stalker and therefore the victim may belong to different countries thus, it becomes difficult to make a decision on law of which country is to be followed. We should always take some precautions for our safety and if after then such situation arises, we should always take recourse to legislative provisions. Our step should be taking precaution on our end.