India is a country where there are many religions. India is a secular country. By secular it implies that there must be no preference doctrine. It means that there are no privileges which shall be granted to any one specific religion. The secular state includes the principle that the function of the state must be non-religious.[1] Freedom of religion has a constitutional back wherein it is protected under article 25 to 28 of the Indian constitution. Religion is not necessarily a theistic but it a matter of faith which the individuals have it in them. The freedom entails the non- inference of the religious matters in the state. 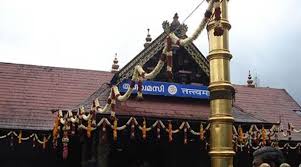 Under constitution there exist two impulses which can come into conflict with each other. The first impulse states and recognizes India as a pluralist and a nation which is much diversified in nature because of the group and communities irrespective of the religion and culture followed in the country. There is a vital role which is played by the society in it. First impulse basically signifies two articles of constitution i.e. Article 25 and Article 26. Article 25 states the freedom of religion as a right of every religion and article 26 states that religious denominations have the right to manage their own affairs which are in relation to religion.

The second impulse states and recognizes that community cannot be only a source of solidarity but it can also be a terrain of exclusion and oppression which oppress the social practices. The constitution, therefore, expressly provides for that there may be times when members of religious and cultural communities may need to be protected from authoritarian and oppressive social practices.[2]

Facts- Sabarimala temple is the temple of great antiquity wherein people devote a god named Lord Ayyappa. When a pilgrim adopts any practice before and during the pilgrimage then that practice is known as celibacy. Lord Ayyappa’s powers derive from his being a celibate. And those people who worship and believe in Lord Ayyappa then that particular person is expected to a follow ‘Vratham’ or a vow which is for the time period of 41 days wherein it lays down the set of practices. Since time immemorial the Ayyapan community has observed that the women are not allowed to participate 41 days penance ‘vratham’ and it also prohibits women from entering into the temple. They prohibit them with the thinking that they are not fit and are weak for the journey. They also prohibit because they want to preserve the temple sanctity as they think that till menstrual age (10 years to 50 years) ends, the women are impure.
Issues- The petitioner raised the contention as the major issues and they are as follows-
1. Whether the practice of excluding women from entering into the temple falls under article 25 and 26 of the Indian Constitution?
2. Whether the practice of prohibiting women from entering into the temple on the basis of the biological and physiological factors is violative of article 14, 15, 17 of the Constitution?
3. Whether this type of practice which abridges other fundamental rights cannot be protected by the word ‘morality’ and fall under article 25 of the constitution?
4. Whether Ayyappa Temple has a denominational character and, if so, is it permissible on the part of a ‘religious denomination’ managed by a statutory board and financed under Article 290-A of the Constitution of India out of the Consolidated Fund of Kerala and Tamil Nadu to indulge in such practices violating constitutional principles/ morality embedded in Articles 14, 15(3), 39(a) and 51-A(e)?[3]
5. Whether rule 3 of Kerala Hindu Places of Public Worship (Authorization of Entry) Rules gives the permission to the religious denominations to prohibit women of menstrual age from entering into the temple?
Arguments- In a very famous case named ‘Shirur Mutt case’ the court observed and held the prerequisites of religious denominations. The court gave five prerequisites and they are-
1. Having their own property
2. Having their distinct identity
3. Having their own specific set of followers
4. Having their own specific set of practices as well as beliefs
5. Having their own administrative hierarchy without any external interference.
All the prerequisites given above were not fulfilled in Sabarimala case. Therefore, it cannot be a religious denomination. And it was argued by the petitioners that all the reason which is given by the respondents is preposterous and absurd. All the point above was justified and the conclusion from the petitioner’s side was that all the fundamental rights are been infringed.
Judgment- Both sides kept their viewpoint and argued on it. The judgment was then given wherein it was delivered in favour of the petitioner with the majority of 4:1. Majority had the viewpoint that prohibiting only women from worshiping in the temple signifies the subordination of women. They further also added an important point that if any practice excludes any person on the basis of physiological factors or biological factors then that type of practice is social discrimination. They also held that his exclusion is violating all the articles mentioned above in the issue.

“The test instead of considering whether the practice is essential or not, it should consider whether the practice is constitutional or not” stated Justice Chandrachud
There were many issues dealing with different Fundamental Rights and most important of them are:
· Women’s Rights
· Religion, Equality and Constitutional Morality
· Sabarimala prejudices, misconceptions and ignorance.[4]

When the judgment was delivered then a larger section of society was hurt by it as according to them the judgment had tampered and played with the religious beliefs and sentiments of the people at large. So the judgment created unrest among the male section, right-wing and religiously staunch people and it was not much welcomed by them, so they resorted to filing review petitions in the Court.[5] Therefore, a petition was filed against the judgment delivered by the Supreme Court. After too much of discussion the court decided to put a stay on the 2018 order and also kept the review petition on hold.

According to my perspective, the Supreme Court has shown and followed the principle of equality and morality. This motivates the public at large to trust the court and it also encourage increasing more and more faith in society’s mind for the court’s decision.