The Kesavananda Bharati v. State of Kerala also known as the Kesavananda Bharati case is the most important landmark judgment of the Supreme Court of India. This case outlined the Basic Structure Doctrine of our Indian Constitution. It is also called the case which saved India’s Democracy. The case proceedings and arguments of this case were heard for 68 days and more than 100 cases were sidelined. Moreover, to understand the actual difference between right and wrong, the constitution of more than 70 countries was compared. This is a case with a judgment of 703 long pages. Every individual related to law either it is a law student, lawyer, advocate, judge, law faculty, etc. will have knowledge about this case. 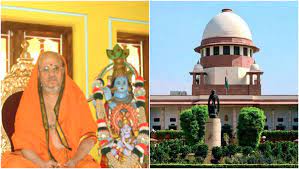 After independence, each and every state was trying to rebuild its social and economic conditions. The constitution was also formulated which gave fundamental rights to the citizens of the country. Henceforth it was realized by all Indians that “Equality” is a fundamental right and they shall have it.

In the pre-independence and pre-constitutional era, the resources and the means of production were only limited to certain people. Eventually, it was understood by the government and the citizens that the income inequality and concentration of wealth only to certain people is inapposite. Thus, in order to change the existing system of income inequality, all the states began to make changes in their existing laws and other systems.

The state government of Kerala also undertook a similar approach to reduce income inequality in its state. The Kerala government enacted the Kerala Land Reforms Act, 1963 for rebuilding the social and economic conditions of the state. This Act was applicable to the Zamindari system, Land ownership, and the Tenancy laws.

The Kerala Land Reforms Act, 1963 imposed various restrictions on the ownership of land by every individual. It laid down provisions relating to how much land can be owned by an individual which was restrictive towards the property rights of a citizen.

The head of Edneer Mutt, Shri Kesavananda Bharati challenged this land acquisition by the Kerala government and the case was represented in the Supreme Court by Nana Bhai Phalkivala.

The conflict between the Parliament and the Supreme Court on Power struggle.

At that time many other similar cases were filed and ongoing in the Supreme Court such as Bank Nationalisation Case (1970), Madhav Rao Scindia Case (1971), and Golaknath Case (1967). In all these cases including the Kesvananda Bharati case, it is evident that India’s two strongest bodies were struggling with powers namely, Parliament and Supreme Court.

On one hand, Parliament stated that under Article 368 it holds unlimited powers to amend the Indian Constitution.

Again, the Parliament introduced 24th, 25th, and 29th Amendment Act to remove these restrictions imposed by the Supreme Court and regain its powers.
24th Amendment

The 25th Amendment Act stated that restrictions can be imposed on the Right to Property and this right can be curtailed. It further stated that the government has the power to acquire private property for public use and the compensation to be given for such acquiring and take over will be decided by the Parliament and not the Court.
29th Amendment

Questions on the Kesavanada Bharati case

Can Parliament amend the Fundamental Rights of the Constitution?

In March 1970, Shri Kesavanada Bharati filed a writ petition in the Supreme Court of India that opposed and challenged the Kerala Land Reforms Act, 1963 as it imposed restrictions on the citizens’ “Right to Property”. It also challenged the 3 constitutional amendments namely, 24th, 25th, and 29th. The petition further stated that the Kerala Land Reforms Act, 1963 is violative of his fundamental rights under Article 14, Article 19(1)(f), Article 25, and Article 26 of the Constitution of India, 1949.
He stated that to own and manage land is a fundamental right of a citizen and such fundamental rights shall be protected.

Firstly, the petitioner argued that the powers given to the Parliament under Article 368 of the Constitution are not absolute power but limited power. Thus, Parliament cannot change the provisions of the Constitution according to its own will.
Secondly, the petitioner’s argued that the fundamental rights given in the Constitution are for the protection of the citizens such as Article 19(1)(f) which talks about the “Right to Property”. But the petitioner states that 24th and 25th Amendment Act via which Article 31C was inserted puts restrictions on the fundamental rights of the citizens and curtails their rights which is an inapposite Act.

The respondents argued that the Parliament had absolute and unlimited power to amend the Indian Constitution. They further stated that every state has to better its social and economic conditions so in such a situation no restrictions should be imposed on the powers of the Parliament. Because their powers are restricted then they will never be able to fulfill the needs of society on a timely basis. Lastly, as per the respondent’s the Parliament had the right to impose restrictions on the fundamental rights of citizens such as Freedom of Speech and Expression, Freedom to Form Association, and Freedom of Religion.

The judgment of this case was delivered by the largest bench in Indian history that is a bench of 13 judges of the Supreme Court and the judgment was in the ratio of 7:6.

Here, the judgment delivered in the case of Golaknath v. State of Punjab was overruled where it was held that Parliament cannot amend the fundamental rights.

However, the Supreme Court further stated that although the Parliament has the power to amend any provision of the Constitution but only to an extent that it cannot interfere with the basic and essential features. This is called the “Basic Structure Doctrine”.

The Supreme Court also held the 25th and 29th Amendment Act as valid and also stated that if there is any such law which has been put under Schedule 9 but violates the basic feature of the Constitution then that laws can be judicially reviewed and challenged in the Court of law.

Thus, on 24th April 1973, this landmark judgment was delivered and introduced the concept of Basic Structure Doctrine. Although no exhaustive list was given stating the basic features of the Constitution. However, an indicative list was given that consists of the basic elements of the Constitution such features are Supremacy of the Constitution, Rule of Law, Separation of Powers, Judicial Review, Federalism, Secularism, Independence of the Judiciary, Sovereign, Democratic, Republic, Freedom and Dignity of the Individual, etc. The Supreme Court also stated that many more basic features can be added to this list in coming years. And, if an element is a basic feature or not is up to the Court’s discretion on a case by case basis.

Hence, this case is the most important case that saved India’s Democracy because in this case the Supreme Court used its creativity and introduced a Basic Structure Doctrine. Moreover, on one hand, it gave Parliament unlimited powers to amend the Indian Constitution, and on the other hand, it restricted its powers to the extent of interference with the basic features of the Indian Constitution. This case guarded the democracy of India for many upcoming years in the future.