To inform the people in these uncertain time, newsrooms have made a priority in making sure to make a coverage of the current pandemic. 2020 has witnessed several instances back in India. Firstly the Anti-CAA protest, then ongoing pandemic and in between the death of the famous Bollywood Actor Sushant Singh Rajput. Also what’s more sad downcast is that the year is still not over. The newsroom since the period has been playing a crucial rule, even though it poses challenges to the industry. 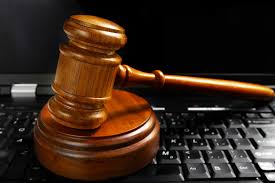 In this sudden outbreaks, the public require access to timely and even reliable information regarding the disease symptoms along with its prevention. Nowadays, social platforms like Instagram, Twitter, Facebook etc. are often seen as an effective platforms for searching, sharing, and distributing health related knowledge among the people. Social media even serves as a tool to provide an important relaxed form of data to identify health knowledge that has not been reported to medical-staff officers or health-care departments and to share perspectives on any life-menacing health-related issues. But this channel of propogate knowledge mostly get mixed with scare tactics, discrimination, misguiding reports and conspiracy-related theories related to the place of origin of the virus, its etc. all closely related to the modern 21st era of “info media” social media networks.

However apart from this, we can even find the media misappropriating its power. Take the case of Arnab Goswani’s channel Republic TV, where Arnab’s entire debate focused more on being anti- Shiv Sena leader and targeting the Mumbai police, another case can be of India Today Tv. Thus through the suicide, we were in a position to see the fact that the Rhea as a person was held liable, not by the police, not by the CBI, but rather by the media platform itself.

At about 61 years ago in Express Newspapers Vs Union of India (1958), the SC exhaustively dealt with matter relating to the freedom of the press and ordered it to be restrained in its coverage.
Also, in the case of Manu Sharma (Jessica Lal murder case) (2010), the SC court stated that there is a serious danger of serious risk of prejudice if the media-platform exercised uncontrolled and unregulated freedom such that it published photographs of the accused before the identification or even before court decides its ruling. Also In R K Anand case (2009), the court held media should perform the its duty of journalism and not act as if it’s the court.
In the case of Harijai Vs Vijay Kumar (1996), SC stated that the media press enjoyed no exceptional right of freedom of expression and the guarantee of this freedom was the similar as provided to every citizen. The press does not enjoy any special exception with respect to this.

Platforms are breaking down on the spread of misinformation

While in the middle of an election year, a pandemic, an economic roadbuster, and a movement to bring awareness to racial divides in the whole world. In other sense, this year is brimming with fired opinions also information and social platforms have faced both its pros and cons simantinously for their handling of misinformation and fake accounts in regards to them. Twitter has been one of the biggest names we’ve seen in the headlines. Starting in May and June, Twitter suspended about 60 million accounts and continued at the same speed in July. Twitter’s battle against fake and suspicious accounts is in an effort to slow the spread of harmful or incorrect information to the public. Back in May, Twitter also made headlines for the addition of fact-checking labels to tweets that contain disputed information. Though the original focus was on stop the spread of misinformation regarding the coronavirus, the platform began expanding the use of these labels, including on a tweet from President Donald Trump regarding mail-in ballots.

Well, In the end, one would love to see the biased scenario present everywhere, also direct the news channels to perform their duties in their respective field also to put more emphasis on topics relating to unemployment, deaths relating to covid-19, financial aspect, global warming, and also moreover how we people can spread more peace and love with no hatred and make Earth a better place.

Image Source
This article is authored by Dhruv Sharma, student at UPES, Dehradun.