No doubt, human trafficking is an offspring of the slave trade that was practiced some years ago. This practice has been in existence for quite a long time now and now that there’s a current battle that almost everyone is dealing with, the cases of human trafficking have increased. The situation has just been worsened now because of COVID 19. The ongoing pandemic has left the masses vulnerable since it has cost people their jobs, families, and their mental health too. 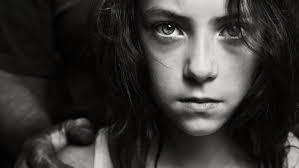 The oppressor having observed this has often disguised the disadvantaged humans and as a result, many people have been trafficked and are still being transported illegally just to satisfy the needs and requirements of their masters. The COVID 19 pandemic has marked a period of grave losses, suffering, and recurring poverty. In the search for greener pastures and better living conditions, humans end up falling into the trap of human trafficking. They are promised jobs and improved standards of living and they end up giving in without knowing what lies ahead of them. Human trafficking is a trick used by fraudsters whereby they unlawfully transport people with a motive of benefitting from their services be it sexual exploitation or forced workforce and labor.

Humans are easily manipulated in this era where jobs, scholarships, and everything else required are available at the tip of the mouse. The perpetrator is maximizing these online platforms and this is how people are being trafficked. Human trafficking amidst the COVID 19 era contributes to the death of such victims. When these victims are being transported, they are often taken to overcrowded rooms where no social distancing is practiced. The moment such victims come to terms with reality, it will often be too late for them to retreat and return back to their home countries. Victims of COVID 19 have often succumbed to the virus and because they are hardly insured medically, death’s cold finger ends up touching their feeble mortal clay. of late, women and children used to be the most vulnerable groups but now that everyone is struggling to make ends meet, men are no exception to the same and are also immensely affected. To the survivors, their daily schedules remain the same and have to be executed by them. Human trafficking which has often reached its zenith as a result of the consequences imposed by the virus causes mental and psychological trauma to those being trafficked. What they thought would be a relief to them will just prove to be a multiplication of their sorrows and agonies and now that the love of men is constantly growing cold, it implies that humans will continue living under the banner of human trafficking as long as COVID 19 remains a reality.

With many of the physical classes being suspended because of COVID 19, children are also being targeted for human trafficking. There are now more chances of them being lured into human trafficking and this is why most of them have gone missing. These children end up not being occupied and that is when they fall victim to human trafficking where they can be occupied in some way. Sadly, these children are being ushered into forced sex and labor at such tender ages and they end up contracting sexually-transmitted diseases. Every other person is at a greater risk of being trafficked as the use of media and technology is increasing now that people are spending most of their time indoors in accordance with the COVID 19 regulations. In some other countries where almost all the businesses have closed down, foreigners become the main targets of human trafficking as they are more desperate when such uncertainties befall them in foreign lands.

Due to the economic tolls experienced as a result of COVID 19, countries have limited funds and top priority is given to other sectors of the economy of which human trafficking is not part. The expenditures of most countries have been adjusted and this is likely to continue along as COVID 19 is to stay. As a result, some of the victims end up being sold in exchange for basic commodities and wherever they go, they still have to live as slaves.

As the pandemic is rendering many jobless and homeless, the leeway for human trafficking has been laid. The victims are much more susceptible to hunger, death, a greater risk of contracting the virus due to the impacts that COVID 19 has made on almost all sectors of the economy essential for human development. Indeed, the imprints that COVID 19 has left on the human race, human trafficking is one of them, have proved to be far beyond human comprehension and control but what lies within the borders of humanity ought to be dealt away with. The masses still need some awareness on how they can fall victim to human trafficking due to the advancement in technology. One can be of the view that several laws have been put in place but still, people fall prey to human trafficking at the end of the day but the truth of the matter is that the citizens too ought to take some precautions and preventive measures to save themselves from such acts.
Image Source