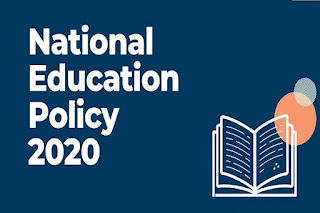 The National Education Policy (hence referred to as “NEP”), which was approved in July 2020, advocated for significant reforms in India’s educational system. Former ISRO Chief K. Kasturirangan chairs the committee has argued for a holistic approach to addressing the current difficulties of the society’s underprivileged groups. It aims to completely restructure academia, with the primary goal of ensuring fairness and inclusion. When considering the topic of cultural and economic inclusion, it’s important to consider the surrounding elements such as digitization, language, and privatization in the education sector.

In terms of digitalization, this strategy has called for significant investment to modernize digital infrastructure and build digital repositories, online teaching platforms, and high-quality online material, among other things. The policy has placed a high emphasis on the importance of technology and aims to adopt online teaching and learning methods. The National Educational Technology Forum (NETF) is a unique policy component that intends to channel academic information transmission by centralizing the area of study. Accessibility, which is severely hampered by the pre-existing rural-urban divide, has a significant impact on the aforementioned issue.

Lecture videos and other digital platforms, technology, tools, interaction, curation, content, and much more are all part of digital education. The absence of resources to deliver digital education will exacerbate the rural-urban gap, which is already exacerbated by rural regions’ lack of or poor internet access. According to the National Statistical Office, just 4.4 percent of rural families and 23.4 percent of urban households own computers, according to the 75th round of the National Sample Survey. Only 14.9 percent of rural families have access to the internet through their PCs. In one of its publications, titled “Strategy for New India@75,” the NITI Aayog said that more than 55,000 villages need mobile network coverage.

The reality has been largely ignored, and current funding levels for the industry are insufficient to support such substantial infrastructure changes. The current pandemic scenario has brought to light the stark disparities in learning opportunities and educational assistance.“There has been a force to assure that Article 21-A of our Constitution is construed according to Articles 14 and 15 of the Founding text, making sure that academic requirements aren’t prejudiced,” it was held in the landmark case of State of Tamil Nadu & Ors. Vs K. Shyam Sunder & Ors[i].

According to the aforementioned statement, the state has a responsibility to properly combat any type of inequality that may arise as a result of its actions. There’ve been significant proposals of using television networks to disseminate training materials to overcome the electronic division in this country, but just how beneficial this will be in spanning the information technology needs to be seen.

The Importance of Language in the Classroom

The continuation of the Three-Language Formula (hence referred to as “TLF”)is a prominent aspect of the current NEP, 2020, which advocates mother tongue as the required medium of instruction, by the first NEP. According to the 2011 Census, there are 270 recognized mother languages; yet, according to a 2017 research, only 47 of them are utilized as mediums of teaching in Indian schools. Teachers are unable to deliver courses in a variety of languages since pupils’ home tongues are frequently diverse. For children whose parents have transferrable employment, it is not a practical alternative.

Furthermore, students frequently relocate to different states and countries to continue their higher education, making it critical to have a shared language for classroom engagement. Because the majority of academic resources are written in English, it is even more critical to have a solid understanding of the subject. Even within the country, not every university can afford to employ faculty that can explain in a variety of regional languages. The aforementioned arguments depict the issues that would arise as a result of TLF deployment. While the administration wishes to modernize the educational system and bring it up to international standards, making English optional is concerning because English is a global language.

The academic curriculum must be developed by the industry’s requirements. Candidates who are proficient in English have always been favoured, and this criterion is essential in the majority of occupations, notably in the corporate sector, according to the fundamental requisites imposed by the employment sector. This is the primary motivation for parents to enrol their children in an English-medium school.

Although politicians intended to make room for vernacular issues, one must also evaluate the opportunities that are accessible. From this vantage point, English domination is palpable, and those who do not speak the language are frequently excluded from all aspects of socio-economic and political life. As a result, any type of alienation from English will result in a significant gap among pupils.

Increasing the Role of Private Bodies in the Indian Education System

Another notable feature of the strategy is its aim to strengthen private-sector engagement, which was previously criticized when the 1986 program was introduced. The notion of “alternative models of education” has loosened legislative constraints, allowing “non-governmental charitable groups” to establish schools with more ease. When it comes to establishing a private school, the policy does not place a strong enough focus on the necessity to follow the rules laid down in the Right to Education Act (hence referred to as the “RTE Act”).

As a result, governments such as Himachal Pradesh, which had abolished one-teacher schools, would be forced back into supporting educational imbalance. This element raises the realistic fear that certain persons disguising themselves as “public-spirited privates” may misappropriate the policy’s provisions to increase their profits. As it emphasizes, “…the encouragement and support of authentic philanthropic private and communal engagement,” the policy has allowed a place for them invisibly.

Furthermore, expanding the autonomy of institutions would enable them to start self-financed courses and increase fees indiscriminately. This unrestricted power will exacerbate inequality in the industry, limiting access to higher education for the lower middle class. To counteract any high-handedness by private entities, a preventative structure involving government oversight and tight rules is required. When it comes to the educational system, the majority of government schools have been criticized for their old infrastructure, a lack of well-equipped laboratories, and a lack of possibilities in non-traditional topics.

These forces combine to persuade kids to attend private schools, which are much more expensive than public schools. At least 45 percent of school students in India are enrolled in private institutions. 72.5 percent of undergraduates enrolling in professional courses are from the private sector, while 60.6 percent of post-graduate students are from the private sector. The aforementioned figures demonstrate parents’ strong reliance on private institutes, emphasizing the importance of capping educational costs; otherwise, excellent education would remain a privilege available mainly to the wealthy and urban middle classes.

Although some states, such as Gujarat, have implemented rules to control the tuition charged by private schools, the bulk of the Indian people still bears the financial burden. In such a case, the policy should have mandated significant improvements in government schools and institutions, such that the general public saw them as equal to modern private institutions. Privatization would improve education quality in the country, but it will not solve the Gordian knot that led to the passage of the RTE Act.

To add to this, Mr. Kishore Singh, the UN Special Rapporteur on the Right to Education, remarked, “We ought to renowned that training must be free, and that accessibility is a want for a workout the proper to a brilliant training.” On the opposite hand, deregulation creates inequality with the aid of using prohibiting deprived scholars from enrolling in constitutional schools.Rather than large-scale privatization, it would have been more practical if education at all levels could have been enshrined as a legal right. Without it, the impending commercialization of education will hurt the Constitutional spirit of equality and inclusion.

The policy’s apparent consequences appear to be at odds to provide all students with a high-quality education. In a country where almost half of the students get free education, expanding corporate participation in the education system is not a realistic solution to the system’s underlying flaws. Furthermore, because TLF is an obsolete answer to multilingualism and the concept of having a linking language in this heterogeneous linguistic demography known as India, its adoption would cause a slew of problems. As a result, the policy looks to be at odds with the basic concept of inclusion.

·         Why most Indians can’t afford higher education without aid

·         Statement by Kishore Singh, Special Rapporteur on the right to education at the 29th session of the Human Rights Council

·         Language Complexity and Multilingual Education in India – A Policy Perspective

·         Key Indicators of Household Social Consumption on Education In India

The Blog has been authored by Arshia Jain, a second-year student at School of Law, Narsee Monjee Institute of Management Studies, Navi Mumbai.