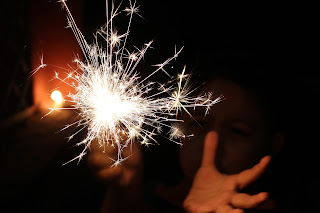 Delhi woke up to find a grey sky full of smog following the festival of Diwali in our country. The general populace was ecstatic because, after two years, they would finally be able to celebrate Diwali. Everyone had been looking forward to celebrating Diwali the traditional way since COVID-19. Delhi, a Union Territory that includes India’s capital, New Delhi, is one of the most polluted cities in the world. The scale of air pollution is enormous. It has a negative influence on people’s health, the environment, and the city’s economy. Despite substantial evidence of air pollution’s severity and impacts, India’s governmental actions remain inadequate. The federal government issued various rules for different states, but the state governments ignored them. As a result, we all landed with our crackers in a cloud of heavy smog. We also don’t grasp the long-term consequences for our ecosystem and people. Due to rampant misuse of guidelines to not to burst firecrackers, the Air Quality Index (AQI) dipped to the ‘severe’ category this year. So severe that the Supreme Court guidelines on firecrackers have come into the forefront again. Over the last few years, the Supreme Court is putting out various guidelines and directions to curb the perennial problem of pollution in and around the region of Delhi, but despite all the measures and efforts taken by the judiciary and the government, there has been no improvement in this situation. Various measures such as applying anti-smog water sprinklers, dust removers are being applied in the national capital region to curb this deadly wave of pollution.

As per the System of Air Quality & Weather Forecasting & Research (SAFAR), the air quality in the capital of India continues to be hazardous for the physical and mental health of the citizens which contributes thoroughly to the climate change crisis. The high rates of sickness and death have resulted in losses in welfare, costing India’s economy 5.9% of its GDP. It is being proved that worsening air quality affects the health of people in various spheres whether physical, mental, or emotional. We have been seeing increased cases of asthma, cardiac arrests increase the morbidity and mortality rates among the people of this country. Moreover, according to the report in April 2020, the Harvard T.H. Chan School of Public Health identified a link between long-term air pollution exposure and COVID-19 mortality. It says due to concentrated levels of pollution due to various factors such as excessive stubble burning, vehicular pollution, excessive industrialization, and dust coming from neighbouring states, people are more prone to having respiratory infections which would give the covid virus the pathway to affect people more easily.

For instance, according to the World Air Quality Report, 21 of the 30 vulnerable cities such as Delhi, Greater Noida, Bombay, are in India, which has seen high levels of COVID-19 cases in the year 2020. Also, the capacity of natural ecosystems to operate and thrive is harmed by air pollution, notably sulphur and nitrogen emissions, as well as ground-level ozone. As a result, the negative effects on the environment have an impact on human populations. For example, dangerous contaminant concentrations can reach drinking water immediately through groundwater seepage. Air pollution also reduces the ecosystem’s ability to collect carbon, which is important for climate change mitigation.

The earth’s temperature is rising as a result of increasing air pollution. This temperature rise is causing all of the icebergs and glaciers on the planet to melt. Every year, 1.2 trillion tonnes of ice melt, all of which turn into water and enters our seas. The long-term repercussions of firework pollution might result in a huge climatic calamity.[1]

Over the last two decades, India’s air quality has worsened substantially, and air pollution is now the country’s second-largest risk factor for disease. In 2017, particulate matter was inhaled by over 97 percent of the country’s population (PM2.5).this crisis’ multi-faceted consequences hamper not only the health of the country but also affect the day-to-day economic growth of the country. For instance, due to these ever-rising levels of pollution in Delhi, all the commercial and industrial activities have to be stopped, schools are to be shut down, and offices and workplaces are to be closed. This leads to increased public health expenditure, thus hampering the much-needed route of the money towards the development goals of the country.

Now, from the last few years, we have seen the consistent intervention of our Indian Judiciary in finding ways to curb the pollution crisis. Various Supreme Court judgments such as:

·         In 2016, the Supreme Court consisting of the bench led by former Chief Justice TS Thakur banned the sale and stocking of firecrackers in the Delhi NCR region, and also made clear that no new licenses would be issued for the same.

·         Similarly, in the year 2018, the Apex Court cut short the total ban on firecrackers, and instead encourage the concept of low-emission green crackers. Only high emission crackers such as rockets and laddis were banned. Also, measures such as the total ban on online sale of crackers, specific times for bursting crackers, with designated areas to burst them, were mentioned in the judgment.

USE OF FIRECRACKERS- THE RELIGIOUS ANGLE

Firecrackers or fireworks have a long culturalsignificance in India, they areloud-soundingexplosives made of flash power with an estheticalpleasing effect. The invention of gun powder was an accidental one; during the tenth or the eleventh century. Chinese Alchemists found this distinct material which ultimately found its way to enter India. The use of gun-powder as crackerswas first started in 1400 AD when Abdur Razzaq, the Timurid Sultan Shahrukh’s ambassador to the court of Vijayanagar king Devaraya II in 1443, gives one of the first reports of fireworks in India. The value of India’s firecracker business is estimated to be at Rs 5,000 crore. The majority of the production plants are based in Sivakasi, Tamil Nadu, which is also known as the heart of the fireworks industry. Every year, the government’s flip-flops and judicial limitations have thrown the industry into disarray.[2]

Diwali is one of the most important holidays in the country, and firecrackers are linked with this yearly celebration. Without firecrackers, many consider that a celebration is incomplete. Every year around this time, with state pollution indexes in mind, there is a lot of chatter about banning them.After the ban on firecrackers in India, some people saw it as an attack on the Hindu culture as bursting firecrackers is considered one of the important practices on the occasion of Diwali. But this is not the case. Hinduism, being one of the oldest religions in the world, has always considered Diwali as the festival of lights. The bursting of crackers came into play only after the 18th century when its use was confined to royals only. The use of firecrackers is a relatively new habit in North India, which gained popularity as soon as firecrackers were more widely available. When India got independence, the first firecracker-making factory was established in Calcutta and subsequently, the state of Tamil Nadu became the firecracker factory of the 19th century in India. So, it can be concluded that firecrackers are a heritage of the Chinese and the Mughals, not an integral component of Diwali, as history shows.

Air pollution, which is constantly rising at a tremendous rate needs something much more than mere policies and guidelines. There have been a lot of policies initiated by the central and state governments, but what they lack is effective implementation and control. For example, in the year 2019, National Clean Air Programme (NCAP)was launched, which is a long-term, time-bound policy to reduce the levels of particulate matter in the air. But this policy is still very far to achieve the results due to the lack of proper implementation mechanisms. This issue of pollution crises requires collective and innovative effort not just from policymakers, but also from the general public, youth of this country, private organizations, philanthropic societies, and institutions, with a powerful will to achieve these goals. There should be awareness among the children and youth of this country about the deadly consequences of the irrational bursting of firecrackers. We must all band together and commit to putting a stop to the pollution crisis. Every year, Delhi is blanketed in a thick cloud of pollution, but it doesn’t have to be a yearly occurrence. Finally, let us celebrate Diwali while abstaining from polluting. Only a collective effort from multi-stakeholders will lead us to plan the way forward and help combat the pollution crisis.

(This blog is authored by Abha Singhal, student of Rajiv Gandhi National University of Law, Punjab.)