The biggest law firm in terms of revenue, generated by the firm with the hard work and hustling of its 2,270 lawyers across the globe. The company is the first company to touch the $3 Billion mark. All because of the hard work of its employees. There are many such success stories in the corporate sector. The emergence of the corporate sector had led to the rise in demand for work with these giants. The giant needs its workforce with it to work day in day out to reach those targets every year. 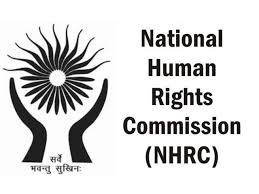 All the work of its employees/Lawyers. With all these achievements of the companies in the corporate world, the workforce deserves to be awarded to its deserved objectives, which may be physical, economic, mental, and social. These private companies are covering half of the largest economic entities in the world. They are with the objective of profit which is the hunger to increase every coming financial year. They target countries that are their markets for earning profits. With this, their exceeding power, size, and language barrier seem crucial. The accountability of the firm to the government or the check on their activities by the firm is meagre. With this increased power comes the responsibility to society, culture, and people.
The upholding of human rights at a global level requires a global reach which these giants possess. It is a very stressful responsibility, though the intentions may be the best they may fail coming up to everyone’s best interest. The U.S government is partnering with the corporate sector, non-profit organizations, and governments across the globe to boost and espouse human rights.
The government makes use of the top-notch technologies possessed by these private companies in the private sector. There are a move and action to engage business’ commitment to human rights to achieve UN sustainable development goals. The initiative of the Corporate Human Rights Benchmark[1] (2019) was assessing 200 publicly traded companies across the world grilling them and examining them on the set of human rights indicators. The studies show that more than half of the 200 companies are scoring less than 20% and only 1 in 10 companies score more than 50%. Several companies score more than 70%.[2]

The dimension which can act as the strengthening links to achieving of the human rights standards and to some extent have been succeeding are as follows:

Gender equality is the 5th development goal of the UN[3]. Women deserve equal treatment, opportunities, and pay which should be one of the links to human rights. Women are not getting as they deserve, there is still an environment where male and female are differentiated and discriminated against based on gender. When there is a lack of opportunities for women when the force is willing to work, this leads to underutilization which leads to approximately 27% losses in the Gross Domestic Product of the countries in the world.[4]Though such issues need to be addressed by the government and the people, people do it after the awareness is spread. In this role, corporate sectors are taking a commendable role in taking steps for gender equality.

Coca Cola5 million by 2020 idea. The idea and initiative to develop and make 5 million women entrepreneurs stand up by 2020. It is been run in countries like South Africa, Kenya, Brazil, Egypt.[5]
The Indian Giant, Tata Steel, has a “Women Empowerment Cell” which has been made for the professional training of the women in the company to improve the potential of the same. The name of the cell is “SWATI”.[6]

2. Protection of rights in cyberspace

The rights which are to be protected efficiently should also be and are also meant to be protected online. Cyberspace is expanding with each coming year. This space is occupied by thoughts, ideas, and opinions which deserve to flow freely. The right to speech should also be enforced efficiently in cyberspace. The free flow of knowledge and experience is also important for the financial objectives of the people. Data is the new fuel and gold in the new internet era where data and information are expensive. The corporate sector should make efforts for cyber protection and intellectual property rights in their service.

There are people in the world who do not have a shelter to live in, food to eat, and clothes to wear. The refugees across the world are the most vulnerable in terms of physical, mental, and economical issues. The corporate sector should and has always played a forefront role in the well-being of the migrants and refugees. Maple Leaf Foods, a food processing from Canada who was facing shortages in the labor force in Manitoba. It took the initiative of working and helping with the merging of the company with an International organization for migration, they together helped the migrants to safely migrate to Canada, to their homes.[7]

The refugees in Thailand who have been accepted for settling in the U.S do not know English language skills, which is provided by Manpower. The company helps them in learning language skills. Not only in Thailand refugees’ case, but it also helps wherever it works.[8] The merging of the reach of the corporate sector and the will and goals of human rights will grow into the future we all have dreamt of. The biggest merging will boil down to helping the society to the society, to the people by the people.