What does contempt mean?

It’s the “disregard for something that should be considered”, so ‘contempt’ is a word for any harsh, strong disrespectful act against anybody. Legally, the word contempt is used as an offence of being “disrespectful of a court of law and its officers”; it is termed as ‘contempt of court’. Looking at the meanings of contempt, not all ‘views’, ‘comments’ or ‘statements’ come under its definition. So what comes under contempt of court? 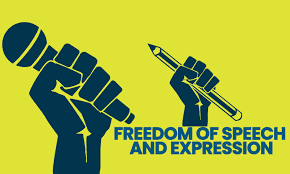 “Ethics Is, Knowing The Difference Between What You Have A Right To Do And What Is Right To Do” ~Potter Stewart

Provisions of Contempt of court:

There are two kinds of contempt of court; civil contempt and criminal contempt:
Civil contempt means any disrespect or disobedience to any judgement, decree, direction, order, writ or other processes of a court or breach of any undertaking given by the court.[i]Contempt of court act 1971. Criminal contempt means any publication or action or act that scandalises or tends to scandalise any court authority or interferes or tend to interfere into any judicial proceeding or obstructs or tend to obstruct the administration of justice in any other manner. Contempt of court act 1971.

Thus contempt of court can only be concluded when one;[ii]

1. Scandalises a judge.
2. Creates disbelief among the people on the administration of justice.
3. Questioning the authority of the judge.
4. Creates disrespect towards the court.
5. Scandalously attacks the judge.

1. Innocent publication of matter.
2. Fair and accurate report of the proceeding.
3. Fair criticism of judicial act not contempt.
4. Complain against presiding officers of subordinate courts.

Is Contempt of court a restriction on freedom of speech?

The courts have the authority to charge someone of contempt of court when they disrespect the court according to the provision. As the provision says constructive or fair criticism cannot be contempt of court, but the decision whether the statement was constructive or not, lies in the hand of the judiciary, which sometimes directly affects the fundamental rights of speech.

Restrictions on the right to speech and expression are very important, but there are certain cases where the use of contempt was not satisfactory. In a recent contempt of court case against Rachita Taneja a cartoonist, who drew a cartoon regarding Arnab Goswami’s bail and the Supreme Court, Attorney Gerneral KK Venugopal said that those cartoons affected the mindset of the people and the belief on the justice system. But this contempt of court was highly criticised by the people of the country. Why is it being criticised? Because merely a cartoon, which can be a constructive criticism, and which was also given after the case was over in the court, which did not interfere into the court’s proceeding, was still considered to be scandalous towards the court. The question, is comedy or joke scandalous against the court? Can the fundamental right to expression and speech be denied for criticising? The debate still remains as the Supreme Court felt that, such kind of mockery tend to create disrespect of the court among the people. AG Venugopal ‘Fed Up’

Activist lawyer ‘Prasahant Bhushan’ said that contempt of court is ‘very dangerous’ and shall be removed. In the case of Prashant Bhushan, he tweeted against the chief justice of India, and the working of the chief justices targeting on how they are not providing the people justice that they need. For which he was given the contempt of court order. Earlier too Prashant Bhushan had written and said things criticising the supreme court judges, which was also taken into account. But Prashant Bhushan said that he was apologetic for the tweets against CJI Arvind bobde and also apologised about it publically in tweeter, but he said he will not regret his other comments on the judges because that were just mere constructive and fair comment. This case was also highly discouraged by many lawyers. Prashant Bhushan also said that the concept of contempt of court is very complex. AG Venugopal ‘Fed Up’

But along with the criticism to the cases there were also certain people who found cases like of Swara Bhaskar where she commented that the Supreme Court hasn’t functioned constitutionality in the case of Babri masjid case as contempt of court, though the petition was declined. Also there are endless contempt of court cases against many journalists. So is there a procedure of criticism that the Supreme Court is trying to implement?

The concept of freedom of speech and contempt of court is hard to go parallel. What is right to say and what is not right to say is not defined. The words like “scandalous actions”, “derogatory statements”, “offending statements” etc leaves us with a wide spectrum and confusion as to what to include? And who will decide what includes? The main solution lies within the balance. Sometimes people tend to speak their mind but they do it in a wrong way. Also there are times where constructive criticism is considered scandalous the right to order “contempt” is misused, that’s where the chaos occurs. Right to offend comes under right to speech and expression, but restriction on creating hatred is also important.

The debate as to what comes under contempt is still a burning issue. It’s true that the provision in the book and in the practical situation give out different meanings. The main thing is the fundamental pillar (Right to speech) and the trust of the people in the judiciary system needs to be achieved at the same time. There is a need of a proper definitionlaw about “scandalising” the court.