The laws of our country, India is an extremely wide concept. There are more than 1200 laws in our nation. According to the National Crime Bureau’s (NCB’s) 2018 report, there were more than 50,00,000 lakh criminal cases filed in the year preceding the reporting year. 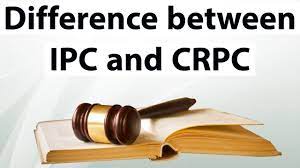 In such a scenario it is of utmost importance to know about the penal laws and the procedure of implementing them. Both IPC and CrPC are an indispensable and integral part of India’s criminal justice system.

In the year 1834, India’s 1st Law Commission was appointed which was chaired by Lord Thomas Babington Macaulay and four other members. The commission was assigned three major tasks, namely,
→ Codification of India’s penal laws.
→ Defining laws for individuals who were neither Hindus nor Muslims.
→ Codification of civil and criminal procedural laws.

The Law Commission prepared a draft penal code in 1837 which was implemented in 1860 after proper review and analysis. The Indian Penal Code, 1860 mainly drafted by LordThomas Babington Macaulay and due to this reason it is also known as “Macaulay’s Code”.

In the ancient days, East India Company did not have their own courts, every ruler had its own justice system and every province had their own court. But after the revolt of 1857, the British Crown took the administration into its own hand. Thereafter, the British Parliament passed and enacted the Criminal Procedure Code, 1861 with the purpose of establishing a uniform criminal procedure for the entire country.

In 1955, the 1st Law Commission was set up of independent India which was chaired by M. C. Setalvad. This commission studied the CrPC thoroughly and submitted a report in 1969 which contained various recommendations and suggestions that were incorporated in the Criminal Procedure Code, 1973 and came into force on 1st April 1974. While the draft was prepared which contained the recommendations and suggestions, three major points were taken into consideration, namely,
→ Every accused shall get a fair trial in accordance with the principles of natural justice.
→ Every effort shall be made to avoid unnecessary delay in investigation and trial.
→ The entire procedure shall not be complicated, and every section of the community shall be able to understand such procedure formulated.

Indian Penal Code (IPC) is a substantive law as it contains the definition of all the offences, essential ingredients of an offence to be called an offence, and the punishment to be awarded for all such offences. Thus, whenever there is a commission of an offence, the police authorities use the IPC to prepare the charge sheet.

Hence, both the Indian Penal Code and Criminal Procedure Code are an integral part of our criminal justice system. Either of them has no meaning and justification in the absence of others. Moreover, both laws help in removing evils from society and protect society from lawbreakers and criminal offenders. Lastly, the Indian criminal justice system runs majorly on these two legislations.