A society cannot be imagined without law but at the same time, it is very difficult to provide a proper definition of Law. Explaining law can be a much easier task than giving a proper definition of law. Since the time when human civilization came into existence, scholars have tried to answer the question “What is law?” There are various divergent views regarding what the actual law is. 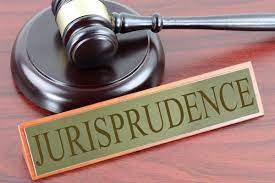 Now let’s discuss each one of them in detail.

In this head most of the old definitions which were given by Romans and ancient Jurists fall. Alpine defined law as “the art of science of what is equitable and good.” In the definitions given by Roman Jurists “JUSTICE” seems to be most important element of all. But this doesn’t mean that they were confused with ‘Law’ and ‘Justice’. They were well aware of both these terms. Coming Indian view, Law is a command given by God. Even the political superior is bound from it. Salmond too defined law in his book Jurisprudence, “the body of principles recognized and applied by the state in the administration of justice.” Although he has been criticized too, the main part of his criticism is that he confuses ‘Justice’ with ‘law’.

Although the definitions in the Positivistic School are very old but clear cut view can be taken from the one given by John Austin, “Law is the aggregate of a rule set by men as politically superior, or sovereign, to men as politically subject.” In simple words, we can say that law is a command of sovereign that is backed by sanction. Austin has been criticized in various areas that he completely ignored the social aspect of law. We should also not forget that the definition given by Austin is very precise, clear, and simple and he defined law as what he found in English law. Many jurists after Austin gave a positivistic definition of law, Kelsen seems to be the important one. According to him, the law is “Depsychologized Command”. His definition is somewhat different from Austin’s one. In his definition the word ‘Sovereign’ is nowhere in the picture.

Under this head of the definition, Jurists have tried to define law in relation to society. Just like Duguit defined law essentially and exclusively as a social fact. According to him, law is one of the essentials in community life. Whereas according to Ihering law is a “form of the guarantee of the conditions of life of society, assured by State’s power of Constraint”. Another sociological Jurist, Pound defines law as “social institution to satisfy social wants”. His approach is quite important in comparison to the others.

After going through the entire set of definitions one can easily conclude that most of the definitions which are provided by these jurists are given based on their own experience of their legal system. They only provide a partial view of law and these partial views do not have universal applicability.

Now let’s have a brief overview of what functions are performed by law.

Roscoe Pound, pioneer of Social Engineering provided us with four major functions of law. These are:

· Maintenance of law and order: Can you imagine a modern society where there are no legal norms and even then the law and order is not damaged? Obviously No… The basic function of law is to maintain law and order in a society.

· Ensuring maximum freedom to Individuals: Freedom is something for which thousands have martyred their life. Important function of any law is to provide freedom to every individuals and constraint it with reasonable restrictions.

Governing rules i.e. Laws are mainly classified under two different heads and these heads are further divided into many parts. Let’s have a brief overview of these classifications.

However, now it is a well-established fact that International law is a very important part of law backed by many necessities. It is assuming more and more importance with every moment of time as globalization is at the peak.

· Public International Law: These are the rules which govern the conduct and relation between different states.
· Private International Law: These are those rules and principles through which cases having foreign elements are decided. For example, a contract between India and Nepal.
National (Municipal) Law: National or Municipal Law refers to those laws which are in the application within a particular State. These laws are further divided into,
· Public Law: Public law plays a very important role in regulation of State Activities and their functions. It is something which determines the relationship between the State and its Subject. This is further divided into three different classes i.e.
· Constitutional Law
· Administrative Law
· Criminal Law
· Private Law: This is a very important branch of law whose function is to govern the relation of citizens with each other. The main thing to note is that both parties in such cases are private individuals and State (Judicial Organ) adjudicates it. This Private law is further classified into four important types. They are:
· Law of Person
· Law of Property
· Law of Obligations
· Conflict of Laws

Obviously, laws are not as important as Oxygen is important to survive but have certain importance in the modern era. The proper conduct of an individual or Organization seems impossible without laws.

As mentioned above many individuals have tried to define law depending on their legal system and it is very difficult to define law in a single sentence. Each definition has its own importance and value in its legal system. The importance of law can be understood from the following Quotation.