“It is no longer possible to pronounce in some binding way what family, marriage, parenthood, sexuality, or love mean, what they should or could be; rather these vary in substance, norms and morality from individual to individual and from relationship to relationship.”(Beck and Beck-Gernsheim, 1995)
The family has often been recognized as the cornerstone of a society. The evolution of the concept of family thus is parallel to that of society. Rising divorce rates, live-in relationships, increasing number of single parenthood, and other trends suggests how people have evolved from traditional family system to individualism. Some perceive these changes as the need of greater individualism in the modern society. Some believe that the increased family insecurity and instability is the essence of most of the society’s problems.[1] 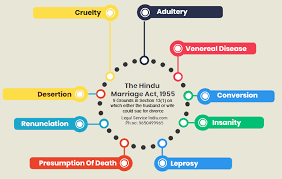 The Evolution from Ancient Period to Medieval to British Rule:

Marriage is considered to be a sacred institution which is the very base of a stable family and civilised society. It is important to understand the same from the purview of the legislation.
One must note that since the ancient times, religion has regulated the lives of individuals in almost all domains of the public and private sphere. Thus, Religion and Personal laws are interlinked largely. The local customs had also acquired the force of law. Vijyaneswhara’s Mitakshara (11th century) as well as Jimutavahan’s Dayabhaga (12th century) were considered as an authority on issues of family law which were widely followed in South India and North India.

During the British Rule, the Britisher did not directly interfere in the personal laws of Hindus and Muslims, their judicial mechanism considerably influences the growth of these laws. The changes such as for untouchables, widows, and minors in the Hindu Law were introduced to rectify the injustices to these sections of the society.[2]

Post- Independence, efforts were made to introduce Uniform Civil Code. However, it was opposed for the following reasons[3]:
a) The Indian Constitution had adopted the word secular, a uniform system of family law was regarded as biased and unsecular.
b) It violated the freedom of religion.
c) It was erroneous to interfere with personal law without the consent of religious communities.
The parliament adopted and codified four legislation administering family and personal laws of the Hindus in 1955-56[4];
1) The Hindu Marriage Act, 1955
2) The Hindu Succession Act, 1956
3) The Hindu Minority & Guardianship Act, 1956
4) The Hindu Adoptions & Maintenance Act, 1956
One must note that our constitution provides Article 44 which states ‘The state shall endeavour to secure for the citizens a uniform civil code throughout the territory of India.’, however, it is a directive principle.[5]
Right to Marry:
The Right to Marry comes under Article 21 (Right to Life) of the Constitution of India which states ‘No person shall be deprived of his life or personal liberty except according to the procedure established by law.’[6]
Application of the Act:
According to Section 1 (2)[7], the Acts extends to whole of India, and applies also to Hindus domiciled in the territories to which the Act extends who are outside the said territories.
The Act applies “to any person who is a Hindu by religion in any of its forms or developments”, and “to any person who is a Buddhist, Jaina, Or Sikh by religion”, and “to any other person domiciled in the territories to which this act extends who is not a Muslim, Christian, Parsi or Jew by religion….”.[8]

One must note that ‘domicile’ or ‘citizenship’ of the opposite party is insignificant when marriage is performed under Hindu Law in compliance with Hindu rites, rituals and customs.[9] However, if a marriage is performed in a different country in compliance with the rituals and customs of that country, then the parties cannot avail the provisions under the Hindu Marriage Act, 1955. Such marriage would be deemed to be performed under the Foreign Marriages Act, 1969 and the matrimonial reliefs would be provided only under the Special Marriage Act, 1954.[10]
The Marriage between the individuals of Scheduled Tribes is not governed by the Hindu Marriage Act, 1955 in assent to the Section 2 (2). Instead, their marriage is regulated by the Santhal customs and usage.[11]

Conditions for a Valid Marriage:

According to Section 5[12], a marriage may be performed between any two Hindus, if the following conditions are fulfilled:

One must note that the decisive time to ascertain the religious status of the parties is the ‘date of the marriage’.[13]

Void and Voidable Marriage from the purview of ‘Minimum Age’:

A void marriage has no legal status and is void ab initio, i.e. , right from the day one. There is no legal rights and obligations attached to it.[14] Section 11[15] when read with Section 5[16] provides the conditions which in contravention lead to void marriage.
On the other hand, voidable marriage is binding and is valid. It continues to conform to the marriage for all purposes until a decree is passed by the court to annul the same. It has all the rights and obligations until the court nullifies the marriage. Section 12[17] prescribes the conditions which would lead to voidable marriage.
A minimum age of marriage has been provided under the Hindu Law. However, marriage with a partner below the prescribed age is neither void nor voidable under the Hindu Marriage Act, 1955.[18]
It is only punishable under Section 18 of the Act and under the Prohibition of Child Marriage Act, 2006. This act is applicable to all irrespective of the personal laws.
Neither Section 11 nor Section 12 of the Hindu Marriage Act, 1955 mention of a marriage in contravention of section 5(iii).[19]

Restitution of Conjugal Rights:
According to Section 9[20], when either of the spouses, without reasonable excuse, withdraws from the the society of other, the aggrieved party, may apply, by petition to the district court, on being satisfied of the truth of the statements, and that there is no legal ground why the application should not be granted, may decree restitution of conjugal rights accordingly.

One must note that the burden of proof of proving the ‘reasonable excuse’ shall be on the person who has withdrawn from the society.[21]
As stated earlier in this article, rise of divorce rates is a threatening concern, thus Restitution comes as a savior, however, the constitutional validity of the same has the courts divided on this issue and is a debatable concept.

The intention of providing for restitution by a court order is to safeguard a marriage tie as far as possible.[22]
In Annie Thomas V. Pathrose[23], the court observed that the reasonable excuse of withdrawal depends on the facts and circumstances of the case. Justice Paripoornan stated, “Reasonable excuse should be the just excuse or rational excuse”.
For obtaining a divorce on failure of getting restitution of conjugal rights even after the court’s order, a spouse has to wait for one year.[24]

Judicial Separation:
Judicial Separation does not puts an end to the marriage, however, is suspended for a statutory period of one year. The legal relationship continues to exist and neither of them can remarry after obtaining the decree of judicial separation.[25]
It is covered under Section 10[26], which states that, either party to a marriage; may present a petition praying for a decree for judicial separation on any of the grounds specified in sub-section (1) of section 13 and other grounds provided in sub-section (2) for a wife.

The theories of divorce has evolved from the concept of “indissolubility of marriage to a fault-based divorce to practically divorce on demand”.[30]
Section 13[31] covers Divorce, Grounds for Divorce, and other grounds available for a wife to dissolve her marriage.
The grounds in Section 13(1A)(i) and (ii) validate that if a marriage is not workable, it should be allowed to dissolve.
Divorce should be resorted to only as an emergency exit from an unbearable situation.
One must note a divorce cannot take place for consideration as well as for mere consent of the parties.[32]
Dissolution of marriage through panchayat as per the custom existing in that area and in that community cannot be treated as a ground for divorce under section 13 of the act.[33]

Section 13B[34] provides for divorce by mutual consent. It takes in concern the ground that both the parties are living separately for a period of at least one year, and that they have not been able to live together, and that they have mutually agreed to dissolve the marriage.
The section provides a period of 6 months as a cooling phase. Post this, a transitional period of 6 to 18 months period provided to give opportunity to reflect on their decision.
One must note that either of the parties can withdraw their consent at any time before the passing of the order, and even after expiry of the period of 18 months.[35]

The breakdown of a marriage essentially is not a ground for divorce. However, irretrievable breakdown of marriage has been element of some of the grounds provided for dissolution. As stated in the beginning of this article, of how the concept of family has evolved; prior to 1964, one of the parties could simply obtain judicial separation or restitution and neither did resume cohabitation nor agree to divorce, thereby keeping the marriage unresolved. Thus the clause was liberalised by reducing the period of living separately for 2 years to 1 year. The grounds in section 13(1A)(i) and (ii) are in the essence that a marriage which is not workable, should be allowed to be dissolved. Article 142 of Constitution validates providing reliefs to parties whose marriage has been irretrievably broken, though, courts still look for established grounds to justify and grant divorce.[36]
At times, the courts are helpless to give effective relief to parties where there is a clear breakdown of marriage but the evidences are not enough to prove a ground within the ambit of the statutory provisions.[37]

The essence behind the decision of the courts in the ambit of matrimonial remedies relies completely on a broader perception which entails the future of the kids and what message it sends to the society. The laws are being frequently liberalised to meet the evolution.