Right to wholesome environment is a fundamental right under Article 21 of the Constitution but most of the countries are developing and there is need of industrialization for it, but then it cost us the environment. So to solve the problem, the concept of sustainable development is introduced by various countries and hence adopted by the global leaders.[i] 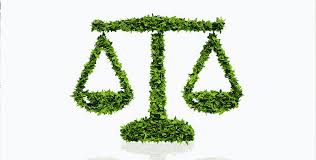 ORGIN OF THE DOCTRINE: –

The term has originated in the early 1970s, used at the time of Cocoyac Declaration, on Environment and Development. Since then it has become the trademark of international organizations, dedicated to environmental benign or beneficial development.[ii]

MEANING OF THE DOCTRINE: –

The Supreme Court of India has made immense contribution to environmental jurisprudence of our country. It has entertained quite a lot of genuine public interest litigation. In the Bruntland Commission Report, the sustainable development was defined as – “Sustainable development is development that meets the needs of the present without compromising the ability of future generations to meet their own needs”.[iv]

1. Inter – Generational Equity – It says that every generation has the Right to use natural Resources and take the benefit of the same. The present generation should not abuse the non – Renewable Resources as to deprive the future generation.
2. The Precautionary Principle – The government must identify, prevent and find solution of environmental degradation.
3. Polluter pays principle – Object of this principle was to make the polluter liable not only for the compensation to the victims but also for the cost of restoring of environmental degradation.[v]

The Supreme Court of India has made immense contribution to environmental jurisprudence of our country. It has entertained quite a lot of genuine public interest litigations, under Article 32[vi] and 226[vii] of the Constitution. The judiciary has widened the scope of Article 21 which also includes Right to Healthy Environment under Right to life, and therefore judiciary has the onus to deal with it in high degree of caution, only then the pollution free environment takes place. Environmental jurisprudence is emerging through the Judiciary.[viii]

TANNERIES AND DISCHARGE OF EFFLUENTS:-

The first case of application of principle of sustainable development was in the case of Vellore Citizen Welfare Forum v. Union of India, (T.N. Tanneries case) [ix]here, dispute arose over some tanneries in the state of Tamil Nadu. These tanneries discharge the effluents in the river Palar, which was the main source of drinking water. The Hon’ble Supreme Court held that- the polluter shall be liable to pay the individual’s sufferers as well as restoring the damage.[x]

In the landmark case of Tarun Bhagat Singh v. Union of India,[xi] a petition was filed against the Rajasthan government, as they allowed mining work in the forest area and fail to protect the environment. The Apex court directed to stop the mining work.[xii]

SHIFTING IN THE STONE CRUSHERS:-

It is proved in the case M.C. Mehta v. Union of India[xiii], of that the Courts gives equal importance to development and ecology, as in this case, the stone crushing activity in Delhi was not stopped rather a new place in a village of Haryana is allotted for the mechanical stone crushing activity rather stopping.
In case of Narmada Bachao Andolan v. Union of India[xiv] observed that “Sustainable Development means what type or extent of development can take place, which can be sustained by nature or ecology with or without mitigation”.

In the case of MC Mehta v Union of India (Oleum gas leak),[xv] a writ was filed under Article 32 on the event of leakage of Oleum gas from one of the units Shri Ram Foods and Fertilizers Industries. The Apex court established the rule of Absolute Liability and held that if any damage is caused due to hazardous or dangerous activity than the sufferer is liable to be compensated. Further, the Court also observed that the claim for compensation under Article 21 is sustainable. In respect to Article 32 the Court observed that the ambit of Article 32 is extremely broad and it allows the Courts to force new remedies and to formulae new strategies to enforce fundamental right.[xvi]

PROTECTION OF FORESTS AND FELLING OF TREES:-

In the case of T.N Goadavarman Thirumulpad v. Union of India,[xvii], the Apex Court issued the interim directions that all the ongoing activities within any forest in any state throughout the country, without the permission of the central government must be stopped forthwith.

In the case of C. Uma Devi v. Govt. of Andhra Pradesh,[xviii] the municipal corporation has converted the park into the garbage dumping yard. The court condemn the act of the corporation and directed to restore the glory of the park and directed the State pollution control board to monitor maintenance of park.

The courts have endeavoured to give a decent perspective on needs while choosing ecological issues. The environment and the development are two of a kind and anybody of these can’t be scarified for the other. On opposite, both are similarly basic for our better future. In this circumstance, obligation lies on the Supreme Court and the High Courts to manage these cases with alert of serious extent, at exactly that point we will accomplish our objective of pollution free developed country for our next generation.