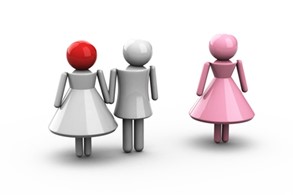 Bigamy differs from polygamy in that bigamy involves two separate marriages, at the same time polygamy generally comprises of one marriage with multiple people. Many a times bigamy involves one party defrauding the other about the state of their current marriage, at the same time polygamy’s involved parties are usually all aware of the situations. Many instances of polygamy in the news are sincerely serial bigamists entering into multiple marriage agreements.

Since long time, married males whose personal law does not permit bigamous marriage have been making use of the unhealthy and unethical ways of converting to Islam for the sake of contracting a second bigamous marriage under a perception that such conversion allows them to marry once again without getting their first marriage ceased.

The following factors are essential to prove bigamy:

In India, bigamy is an offence in opposition to marriage and it is also considered as criminal offence under Indian Penal laws. The bigamy laws are relevant to Hindus, Jains, Buddhists, Sikhs, Parsis, Christians. Bigamy is one of the grounds to get divorce under Hindu Marriage Act 1955. The second wife is entitled for maintenance, but not for property rights. In August 2009, the Law Commission of India declared that bigamy should be made a cognizable offence. Bigamy is declared unlawful under Section 494 of the Indian Penal Code. The law explains that, any person in the lifespan of their existing husband or wife marries someone else, such marriage by reason of its taking place during the lifetime of such husband or wife, should be contemplated ceased and should be penalized for such offence. If any person marries more than once during the life of first husband or wife should be penalized with imprisonment which may extend to seven years, and shall also be liable to fine.

LEGAL RIGHTS FOR THE SECOND WIFE

1. PROPERTY RIGHTS OF THE SECOND WIFE

2. PROPERTY RIGHTS OF THE CHILDREN BORN FROM SECOND MARRIAGE

Section 16 of the Hindu Marriage Act states that any child, who would have been authorized if the marriage would have been valid, shall be legitimate. Therefore any child born out of invalid marriage is legitimate and thus share equal rights in the property of their father/mother. This law is also applicable to children born out of live-in relationship.

The courts in India are forced to discharge the accused in case of bigamous marriages as there is a ambiguity in the law that in case of bigamous marriage the victim has to prove that the accused was already married and he married again during the lifetime of his/her first spouse without getting the first marriage ceased. It is very difficult to prove such cases as the victim generally takes the plea that all the essential ceremonies are not executed e.g. in case a person (Hindu) already married and has his spouse living, intentionally keeps a mistake in the marriage ceremonies like not performing the seventh step (in the saptapadi), he can easily come out from the ambiguity of being made accused on the charge of bigamy, but nowadays the courts are changing their views.
In one of the cases, Bombay High Court held that in case of bigamous marriages the accused can be punished if there is other promising evidence which establishes the charge.

PUNISHMENT FOR ABETMENT OF BIGAMOUS MARRIAGE

The exercise of marrying outside marriages is a gender-neutral practice. Nonetheless, due to the fact that bigamy is the offense in question, it is far essential to enforce a uniform civil code as encouraged by the Malimath Committee, in order to curb the offense of bigamy.

However, it is accurate to say that Bigamy is a totally extreme offence and the mindset of various courts is not lenient. In maximum of the cases the Supreme Court and High courts awarded intense punishments to the accused. It is really hard to believe that why such a provision has been allowed to remain the offence non- cognizable since it virtually impacts our social system, where it is hard for a woman or her relatives to file a complaint against the husband. Therefore, it is vital for the woman to take recourse to law to seek remedies and to put in force their rights.