The foundational stone which forms the rationale behind the admissibility of dying declaration is the legal maxim; nemo moriturus proesumitur mentri. The said maxim is as philosophical and riveting as a line from Shakespeare’s drama. 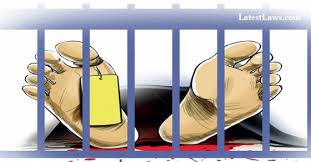 “Where words are scarce, they are seldom spent in vain; they breathe the truth, that breathes their words in pain.”

Richard II
The maxim propounds that, on the verge of death when the man returns to his ultimate maker, he will not meet him with a lie in his mouth. A crucial factor that adjudicates whether the evidence collected can be admissible in court is its relevancy. If the information extracted cannot be verified and tested in accordance with the procedure laid out under the law, then such evidence cannot be admissible. This test is what differentiates relevant evidence from hearsay.

Even though the declaration made by a person plunging into his death cannot be tested, his statement will be used as relevant evidence and thus be admissible in court. The vindication behind the admissibility of a dying declaration rests upon two major pillars. Firstly, a man who is plummeting into his death is believed not to take part in deceitful and dishonest activities. Secondly, many at times the sinking person can be the sole witness to a heinous crime, and therefore disregarding his statement will result in the dereliction of justice.

In the case of Sunder v State of Uttaranchal, a family of six was left to die by setting their house ablaze. There was a sole survivor to this horrendous carnage who further went on to declare that the accused in the case had encroached their house with jerry cans filled with petrol and went on to lock the doors from outside to prevent the members from escaping their intended death. Even though the credibility of the survivor’s statement was questioned due to the fact that there was no doctor present to ratify the mental condition of the victim, the Supreme Court opined that the declaration cannot be neglected solely on the ground that a doctor was not present to administer the condition of the victim. The Honorable court justified its stance further by asserting that the victim was mentally fit prior to the incident and that is sufficient enough to make the declaration relevant.

In the case of Sayarabano Sultana Begum v State of Maharashtra, the victim made two dying declarations. The first declaration suggested that the kerosene lamp falling on her and thereupon she catching fire was an accident. In the second declaration she made, the victim accused her mother-in-law of purposefully throwing the kerosene lamp at her with the intention of causing grievous hurt. The victim further voiced her reason for making the false declaration initially owing it to the torture and threats she received from her mother-in-law. The court gathered substantial evidence to prove the same. Hence the second declaration was admissible in court.

In the instance where there are three dying declarations that are being recorded, the two declarations which are similar to each other will be admissible in court as ruled in Sher Singh v State of Punjab.

In B Shashikala v State of A.P, the magistrate and a doctor recorded the dying declaration. The magistrate asked the question in English, which was translated for the victim by the doctor and in response to the same the victim, was recorded speaking in Hindi. The possibility of the victim being tutored to make a false statement was ruled out and furthermore, there was clarity and no ambiguity in the declaration made by the victim.

COMPARATIVE STUDY OF ENGLISH AND INDIAN TAKE ON DYING DECLARATION

In England, for a statement to be characterized as a dying declaration, then the statement should be made when the victim is dying without any possibility of betterment and revival. On the other hand, in India, a statement of the dying declaration can be made when the victim is in the mere expectation of death taking place or not. The English law is dotted with criticism as the need for the ascertainment of death makes the decisive factor of each case to be subjective in nature.

The English law places great emphasis on the need for the declarant to be competent in the aspect of mental fitness and age. In India even though the competency of the declarant is important, the courts do take into account the declaration made by a person of tender age. The information garnered from a child will be inspected with greater precision.

A dying declaration is considered to be of high solemnity and sanctity keeping in mind the legal maxim nemo moriturus proesumitur mentri- “a man will not meet his maker with a lie in his mouth”. The relevancy of a declaration made by a declarant is so crucial that it can directly result in the conviction of the accused. The sacrosanct foundation of the principle can be exploited in this day and time. People can be so driven with anger and resentment that even at their death beds they can make declarations just to protect or to hurt someone. This argument can weaken the stance of a dying declaration in our country. Under this pretext, I am of the opinion that amendments are needed for ensuring the efficiency and credibility of dying declarations and how they are being employed.