WHO (World Health Organisation) World Report on Violence and Health(2002) and the UN Secretary General’s Study on Violence Against Children (2006) observed that violence against children, in all its forms mental, physical, sexual, and emotional, is present in every society, in every country.[1] Section 2(12) of the Juvenile Justice (Care and Protection of Children ) Act, 2015 defines a child as someone who has not completed 18 years of age. Violence against children is a heartless act which can take place anywhere, in their homes, schools, child-care facilities and workplace. 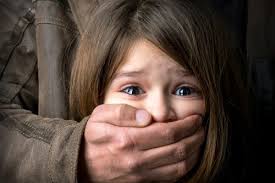 Although the Constitution itself has made provisions for the best interests of the children in the form of Directive Principles of State Policy, stating that children should be given the opportunities and facilities so that they can grow and develop in a healthy environment without being subjected to exploitation and abandonment children of the country are still abused and ill-treated. It is a tragic phenomenon that most often than not, goes unreported because a child, given his/her immaturity and fear of the adults, among others. Children who face abuse or violence in their growing years are most likely to become depressed later in life along with a range of mental disabilities. It leaves mental and physical injuries which may take years to recover from and in some cases, lifelong.

Child abuse does not only include within it’s purview physical abuse in the form of beating, it also includes emotional abuse, sexual abuse, neglect (physical, psychological, educational) and exploitation.

Children are the future of the country and the most innocent form of life. With proper upbringing, love, care and education, children become the flagbearers of the future of the nation. Abusing them in their foremost years leaves a deep scar on them, which has an effect on them for their entire lives. Sometimes this abuse is intentional while, sometimes it might not be so. The perpetrator can be anyone including their family members, relatives, teachers and even their care-givers.

All the types of child abuses are in some way or other, interconnected and have an effect on the other. For example, physical abuse can also involve emotional abuse.

Sexual abuse of children is not an unheard-of phenomenon. WHO has defined Child Sexual Abuse (CSA) as, “the involvement of a child in sexual activity that he or she does not fully comprehend, is unable to give informed consent to, or for which the child is not developmentally prepared and cannot give consent, or that violates the laws or social taboos of society”. A child is by his/her age underdeveloped mentally to understand the nuances of adult sexual activities. The most important aspect of any sexual activity is free consent. A child, who is still mentally underdeveloped, cannot give an informed consent and this consent does not count owing to their immaturity. Thus, any sexual activity between a child and an adult will amount to sexual abuse. It can include activities like incest, rape, kissing, holding in a sexual way, obscene remarks, virtual sex, online solicitation, prostitution, pornography, voyeurism etc. Girl children are more exposed to sexual abuse than male children, although cases of sexual abuse of boys are also quite high. Generally, it is the children from the low- income families or the ones from poverty-stricken families, who are at the receiving end of sexual abuse from the rich and privileged.

It is the form of abuse where the child is physically injured by beating, whipping, bullying, corrective punishments etc. In some schools, children are beaten, and this beating is justified as being a disciplinary activity. Irrespective of the intention of such acts, they result in physical abuse and have the consequence of leaving the child emotionally unstable with anger management issues in some cases.

Emotional abuse is the pattern of behaviours that fails to provide a child with a supportive, loving and caring environment to develop and grow in, that can have a high risk of causing mental, moral, spiritual or social harm in the child. Emotional abuse can be meted out under the guise of proper upbringing or “disciplining” the child. It is the little things that are inflicted upon them like belittling, threatening, unnecessary scaring, ridiculing, discriminating etc. emotional abuse is one of the most regular forms of abuse in India and every other child can narrate a childhood tale of verbal or physical assault by their parents, leaving a huge irreparable emotional impact on them.

Neglect with respect to children, in the simplest terms, refer to depriving them of adequate food, shelter, education, clothing and supervision. In today’s fast paced world where both parents of a child are employed, they fail to look after their children themselves, more often than not giving the responsibility of bringing up their children to the care-givers, thus neglecting to give them the love and supervision only a parent can give.

While article 24 of the Constitution of India prohibits child labour up to 14 years and article 21A makes education compulsory for children belonging to the age group of 6-14 years, children are still exploited and made to work from very early in their lives. Evidently, it is the poor children who are made to do forced labour like construction work more than children belonging to rich families.

The Juvenile Justice (Care and Protection of Children) Act, 2015 was enacted for the purpose of ensuring care and protection of children. The act keeps in mind the best interests of the child while prescribing the punishment for offences against children like six months extending up to six years for cruelty towards children. Buying and selling of children will result in imprisonment of 5 years and any child- care institution resorting to corporal punishment will be liable for punishment.

The POCSO Act, 2015 brought to public knowledge, the offence of sexual abuse of children, as before its implementation, the only recognised sexual offence was rape. As a result, a wide range of sexual activities, now recognised by law, did not have any legal implication. This Act was implemented to criminalise any sexual activity involving a minor child (less than 18 years of age). It criminalises any penetrative or non-penetrative sexual assault, sexual harassment, pornography and makes the perpetrator punishable with rigorous imprisonment depending on the act and fine.[2]

The Constitution also provides several fundamental rights and Directive Principles of State Policy for the protection of children including[3]:

1. Article 14- very citizen to be treated equally before the law
2. Article 15 – prohibition of discrimination with special provisions for women and children
3. Article 21A – mandatory free education for children in the age group of 6-14 years
4. Article 23 – Prohibition of child labour below 14 years of age.
5. Article 39(e)- ensures that children of tender age not be abused.
6. Article 39(f)- ensures that children be provided the opportunities and facilities for best growth and development
7. Article 45- State’s duty to provide early childhood care for children up to six years of age.

Any abuse of children, irrespective of the kind of abuse, is detrimental for the well being and proper development of a child. Child abuse can have varying degrees of negative impact on the behaviour and mental, physical abilities of the child in later years. Reports show that, children with a history of abuse in their formative years, suffer from severe emotional difficulties, substance abuse, low self-esteem, depression and behavioural defects. A child deserves to grow up in a loving and caring environment without any form of abuse. Parents, caregivers and teachers should be made aware of child protection laws and punishments for abuse of children so that they are more sensitive to the needs of a child and refrain from any sort of abuse towards them.