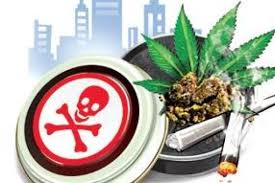 The prohibitionist stance was further reinforced by means of Article 47 of the Constitution- “The State shall endeavor to bring about prohibition of the consumption except for medicinal purposes of intoxicating drinks and of drugs which are injurious to health”. Although Directive Principles of State Policy are unenforceable, this provision is frequently invokes to justify the implementation of narcotic laws. Section 2 of the Act provides the definition of “cannabis”, “coca plant”, “coca derivative”, and “coca leaf”. The said section defines possession of these substances in amounts above that specifies by the government as “commercial quantity”.

The NDPS Act specifies the mechanism for the inspection, seizure and detention of individuals in public and private locations. Safeguards have been scrupulously implemented by the courts, such as advance recording of facts, notifying a supervisor, narrowing powers of arrest to approved officers, ensuring the individual being searched of his / her rights, in view of the strict penalties prescribed by the Act. Simultaneously, the investigative and evidentiary requirements are permissive and have also been perceived in a way that disadvantages the suspect.[2]

“67. Power to call for information, etc. – Any officer referred to in section 42 who is authorised in this behalf by the Central Government or a State Government may, during the course of any enquiry in connection with the contravention of any provision of this Act, –
(a) call for information from any person for the purpose of satisfying himself whether there has been any contravention of the provisions of this Act or any rule or order made thereunder;
(b) Require any person to produce or deliver any document or thing useful or relevant to the enquiry;
(c) Examine any person acquainted with the facts and circumstances of the case.”

The statements made by the accused under the above sections hold evidentiary value in court in the form of “confessional statements”. It is clear from the review of section 67, in compliance with all the provision of this act, that it is ambiguous about the jurisdiction for the permitted official to record the statement of the accused and, if that statement is admissible as evidence against the accused. This brings into light the question if the powers under section 67 are akin to that under Section 161 of the CrPC. Section 161 of the CrPC provides that an accused is liable to answer all questions asked by the investigating officer, and that too with utmost honesty, except the ones which are likely to direct the accused to affirm charges against him for a criminal offense. The confessions which are sought to be admissible vide section 67 of the NDPSA, are also hit by section 162 of the CrPC which states that any statements made by the accused will not hold evidentiary value and thus will not be admissible in court. In Nandini Satpathy v. P.L. Dani[3], it was observed that Section 161 of the CrPC is based upon the principle laid out in Article 20 (3) of the Constitution which provides that no accused shall be obliged to testify against himself.

However, it is worth noting that a comment made to an authorized person by a suspect is admissible in court as evidence under Section 67 of the NDPSA. In the case of Mohammed Fasrin v. State[4], the court ruled that although an accused’s confession to an investing officer is an admissible piece of evidence under Section 67 of the NDSPA, the court needs to be satisfied that such confession is made voluntarily, free from any kind of pressure and that the accused was informed of his rights prior to the recording of the confession.

In Kartar Singh v. State of Punjab[5], the Supreme Court primary held that statements made by the accused with respect to the offence committed or regarding the facts/ circumstances which led to the offence will be valid “confessions” if and only if the same is done voluntarily and in a “free” environment.

Section 67 makes use of the word “enquiry” instead of “investigation”. The officers under section 42 are authorized to enter a place, search, seize and arrest; and not authorized with the power to “investigate” a case per se. As per Section 156 of the Code of Criminal of Procedure, only an officer in charge of a police station under whose territorial jurisdiction the crime is perpetrated may bring an action of investigation of such a crime. Section 52(3), which mandates the officer under section 42 to take the person and material confiscated to the officer-in – charge of the nearest police station or the officer-in – charge under section 53.

The powers under Section 161 of CrPC can be used by the officer-in-charge of the police station during the course of the investigation; whereas the powers vide section 67 are vested in the officers authorized by Section 42 of the NDPSA to achieve the purpose provided by section 42 only.[6] This implies that confessions of the accused cannot be recorded by officers under section 42, but by an officer appointed under section 53 of the Act.

Section 53 of the NDPSA enables officers of the Central Excise, Revenue Intelligence, Customs, and any other agency of the Central Government, including the Paramilitary or Armed Forces, or any category of any of these officials, with the authority of an officer in charge of a police station to probe offences under the Act. The position of section 25 of the IEA is quite clear in its purpose and forbids the usage of confessions of the accused under the NDPSA as evidence against him. But, the same needs to be evaluated with respect to whether an officer authorised under section 53 of the NDPSA, read with section 25 of the IEA, is a “police officer”. This question has been addressed by courts and has been interpreted in different cases.

A similar stance was taken in Raj Karwal v. Union of India[10], wherein the Apex Court reiterated in the following words- “The important attribute of police power is not only the power to investigate into the commission of cognizable offence but also the power to prosecute the offender by filing a report or a charge-sheet under Sec. 173 of the Code. That is why this Court has since the decision in Badku Joti Savant accepted the ratio that unless an officer is invested under any special law with the powers of investigation under the Code, including the power to submit a report under Sec. 173, he cannot be described to be a police officer under S. 25, Evidence Act.”

This issue was again raised in Kanhaiyalal v. Union of India[11], where the Supreme Court, held that confessions before an NCB officer is permissible evidence and that officer is not a police officer under the scope of section 25 of the Evidence Act.

In Tofan Singh v. State of Tamil Nadu[12], the Apex Court dealt with the question if confessions of the accused are admissible as evidence even if the officer recording it is not a “police officer”. The Bench held that: – “We, for the decision of this case, therefore, proceed on the premise that the confession is admissible. Even if it is admissible, the court has to be satisfied that it is a voluntary statement, free from any pressure and also that the accused was apprised of his rights before recording the confession. No such material has been brought on the record of this case. It is also well settled that a confession, especially a confession recorded when the accused is in custody, is a weak piece of evidence and there must be some corroborative evidence.”

The argument in this regard is, the Indian judiciary follows the principle of “innocent until proven guilty.” Section 54 of the NDPSA provides for presumption of that the accused has committed the offence and the burden of proof lies with the accused to prove the contrary.[13] Irrespective of whether or not an official under section 53 of the NDPSA qualifies as a police officer under section 25 IEA, every citizen has the fundamental right against self incrimination, which if breached, violates the fundamental right to life. It is therefore absolutely necessary that the “voluntary” and “free” nature of the confession of the accused is comprehensively adjudged. It is not unknown that our judiciary consists of celebrated law makers. Given the ambiguity of Section 67 of the NDPSA, the article has made a humble attempt to address the controversy regarding if statements could be held as “confessional statements” under this section, bars of admissibility of such statements by CrPC and IEA and as to who is authorized to record the statement. Admissibility of an accused’s statements involves a critical question of law and Supreme Court’s fundamental role in categorizing the elements in this matter is reassuring.