Indian Constitution embraces the idea of separation of power which plays a vital role in the creation of a fair government and also fair and proper justice is dispensed by the judiciary as there is independence of judiciary. The doctrine of separation of power essentially distinguishes between three organs namely, Legislature, Executive and Judiciary. The basic duty of the legislation is to make laws, however there are certain restrictions on its law making power and it is the situation where ‘Doctrine of Colourable legislation’ comes into picture. 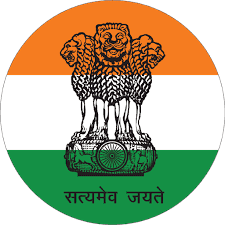 The doctrine becomes applicable when a legislature seeks to do something in an indirect manner when it cannot do it directly that is to say, whenever legislature tries to impede in the sphere of other organs or legislates on any matter out of its jurisdiction. Like any other constitutional doctrines, Doctrine of colourable legislation aides the court in interpreting various constitutional powers especially those related to legislative competence. Article 246 of the Indian Constitution confers legislative powers to parliament and the state legislatures under Lists namely; List I, List II, and List III, in the seventh schedule. The parliament has the power to make laws respect to any of the matters specified in List II and the parliament and the state legislatures both have the power to make laws with respect to any of the matters specified in List III and the residuary power of legislation is vested in the Parliament by virtue of Article 248, and List I.

The literal meaning of Colorable Legislation is that under the ‘colour’ or ‘semblance’ of the power conferred for a definite purpose, the legislature cannot seek to achieve some other purpose which it is otherwise not competent to legislate on. This doctrine founds its basis on the following latin maxim;
“Quando aliquid prohibetur ex directo, prohibetur et per obliquum”
It means whatever cannot be done directly, it cannot be done indirectly. Basically, if legislature is prohibited/restricted from doing something, it cannot do that indirectly by any other means. It may appear that the legislature is superficially functioning within its limits, but it might be attempting to fulfil an object beyond its powers.

Fraud on the Constitution:

The point is that the legislature cannot obliquely overstep the area of its competence. Such an example is a simple procedural crime. By using ancillary methods, the government cannot invade the legislative prohibitions. This theory is also known as “Fraud on the Constitution”. When such a law can be seen easily or made explicitly, we can challenge or struck it down because of its non-compliance with the Constitution’s provisions, that is, the statute is ultra vires. Conversely, when the non-compliance is hidden, we claim it’s a ‘legal fiddle’, the legislature argues that its acting within the jurisdiction of statue while in fact, it is not. Hence, the responsibility of ‘fraud on the Constitution’ is ultimately, nothing but an attractive and concise way of expressing the idea of non-compliance with the terms of the Constitution.

When a legislature acts beyond its power it shall be stated as ultra vires. However, we have seen that if the legislation is within the scope of its allotted arena, and it is exceeding its power is only with regard to incidental matters, the legislation made will not be held to be void or invalid.

Limitation on the application of the doctrine of Colourable legislation:

1. In the case of Ram Krishna Dalmia v. Shri Justice S.R. Tendolkar and Ors.[i], the principle of constitutionality presumption was clearly laid down. It was held that; “That there is always a presumption in favour of the constitutionality of an enactment and the burden to prove that the said law is a colourable legislation lies upon him who attacks it to show that there has been a clear contravention of the constitutional principles.”
2. In the case of Ameerunnissa Beegum vs Mahboob Begum[ii], the Supreme Court struck down the Walioudowlah succession act because it was violating Article 14 of the Constitution. The object of the act was to end the prolonging litigation. However, the court struck this down and held it in violation of Article 14.
3. In the case of State of Bihar v. Kameshwar Singh[iii], the Bihar Land Reforms Act, 1950, though apparently, purported to lay down a principle for determining and granting compensation however, in reality, it did not lay down any such principle and thus indirectly sought to deny the petitioner of any compensation. Hence, the act was held void.
4. In the case of K.G. Gajapati Narayan Dev v. State of Orissa[iv], the Supreme court explained the meaning and scope of the doctrine of colorable legislation by saying that; “If the Constitution of a State dispenses the legislative powers amongst distinct bodies, which have to act within their scopes marked out, or if there are limitations on the legislative authority in the form of fundamental rights, questions do arise as to whether the legislature in a particular case has or has not, in respect to the subject-matter of the statute or in the method of enacting it, violated the limits of its constitutional power. Such violations may be direct, but it may also be clandestine or indirect and is to this latter class of cases that the term ‘Colorable Legislation’ applies in certain judicial verdicts.”
5. In the case of Ram Prasad v. State of Bihar[v], the Bihar Sathi Land (Restoration) Act, 1950, was challenged on the ground of being outside the scope of legislative competence of the law makers. The Act which was passed on the basis of the congress working committee cancelled the settlement made in favour of a person of the lands involved under administration of Court of wards. One of the judges in the high court opined that the act was more of the nature of a decree than a legislation. Finally, the SC too invalidated the as it was not within the legislative competence of the legislature.