The joy of becoming a mother figure is greater than all the pleasures of the world. Is the most expensive happiness which could be enjoyed by a woman after a patience of 9 months and suffering from Labour pain. But becoming a mother is not in everyone’s destiny. So, for them, a new process was introduced which was named surrogacy. 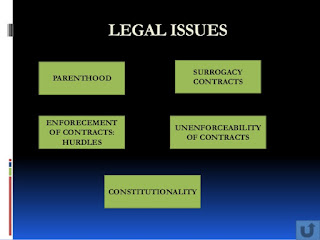 Basically when we hire a female to carry a baby for a couple or intending parents who are for some reason are not able to do so on their own so that lady called surrogate will help these couples to give a baby and they became parents.

In other term, surrogacy is a method of production where intended parents work with a gestational surrogate who will carry and care for their baby until birth. Intended parents use surrogacy to start or grow their families when they can’t do so on their own.

Mainly, surrogacy has been banned from India in 2015 the commercial surrogacy has been banned and altruistic surrogacy is valid in India. This is all happened because of the argument that intended parents who you surrogates are interested only in their reproductive ability, they see this practice as womb renting, especially when the woman carrying the pregnancy is in a financially disadvantageous position to the intended parents.

The main thing about surrogacy that it causes too many legal issues and many more such as, the rights of the children produced, the practical ramifications of the further commodification of women’s bodies, exploitation of poor and low-income women desperate for money, etc.[i]

It is needed because everyone cannot become a parent so for this, there is a new technology founded by which women can become a mother by a surrogate mother because becoming a mother is needed for every woman after marriage and this needs to be fulfilled for them who can’t become parents because of some physical effect in the body of any in the partners. This artificial reproduction technique has given a new world for those who can’t have a child of their own.

The immense growth of surrogacy in India led to an impeccable growth of several commercial firms and firms claiming specialty in surrogacy law and guiding and assisting foreign tourist who came in search of having an Indian mother rent her womb for the blessing of a child which can be considered to be exploitive in nature as they are not only encouraging baby-selling but also diminish the dignity of women say productive capacities and the inherent value of the children by modifying them. The 228th report of the Law Commission of India has suggested prohibiting commercial surrogacy and asked to legalized altruistic surrogacy.[ii]

The surrogacy bill, 2016 was introduced in Lok Sabha on 21st November 2016 There were many reports have been taken place, on the basis of those reports Lok Sabha passed the bill on 19th December 2018. The bill 2016 focus on the prohibition of commercial surrogacy and allow altruistic surrogacy. The bill will also safeguard the surrogate mother and her child from exploitation from this bill. According to the provisions the married couple who are eligible in taking custody of a child with the provision of the bill can take a baby or a child from a surrogate mother as eligible as per the provision of the bill. Here the surrogate mother will not get any monetary benefit over compensation for renting her womb for the couples during her pregnancy.

Some important provisions of the bill

Section 3 – which includes the compulsory registration, no medical practitioner shall perform commercial surrogacy, no one can perform this medication without qualification, no storage of human embryo or gamete is allowed for surrogacy purpose.
Section 4 – It talks about surrogacy procedures which include a certificate of infertility to the couple intending surrogacy by district medical board, an order of court passed by a magistrate of the first class or above, regarding custody and parentage of a child, insurance of surrogate mother and child.
Section 6 – which states that written consent of the surrogate mother is necessary.
Section 7 – that no child shall be abandoned child born by surrogacy shall be deemed to be a natural child.
Section 9 – which states that there should be no pressure in any way for the surrogate mother to abort the child.
Many of the other rights are given in this act which includes the production of surrogate mothers, punishment for initiation of commercial surrogacy. Penalty for contravention of provisions of Act or rules, a presumption in case of surrogacy.

Other provisions of surrogacy bill 2019

1. The bill should be applicable to all the states of India except Jammu and Kashmir for the regulation of the surrogacy process this bill provides the constitution of both national surrogacy and state surrogacy board.
2. The bill should be only applicable for surrogacy to Indian citizens. Foreigners, NRI is not allowed. This bill also provides many provisions for the custody of the child to be born which the bill contains the provision of penalty and imprisonment if the person violated the law.
3. There should be a proper compulsory for couples who intact for surrogacy should be aged between 23 to 50 years and married for at least 5 years.
4. There is a provision in the bill that states that a woman who surrogates once in her life should be aged between 25 to 35.[iii]

Surrogacy on a commercial scale makes absolutely no sense. It is repugnant on moral as well as religious grounds the mother and her child share a bond that is greater than anything else this is a sacred bond that cannot be sold in an international marketplace or within a domestic place. If this is allowed then there is a possibility that women who have low moral values or little in terms of the family institution, will run the wombs of Indian women for money. It will then become a source of easy money as many women from lower-income groups in India might want to opt for something like this.

Therefore, the statute framework should be put in place that women who sell their wombs for money are proscribed and punished. Even those who trained the wombs of people in India should be proscribed as well because foreigners, NRI, and the people who are out of India are not allowed for this and in India commercial surrogacy is properly banned. If these things will going to happen continuously then there will lead to civilization decay that will be disasters in the long run.

Commercial surrogacy also has its malpractices. Surrogates are often underpaid, blackmailed, or extorted and they commonly lack legal protection and adequate health insurance. Many women become surrogates without having properly verified their fitness to carry a healthy baby to a long term.

Surrogates mothers are subjected to ethical treatment, poor living conditions, and exploitation. For financial gain, their poverty and lack of education review them again and again into the surrogacy process. As a result, they are help decline as effectively became baby-making machines year after year.

Surrogate mothers don’t even receive the kind of support services that need for themselves and their family during this emotional journey. However, these are the reasons the Indian government attempted to take steps to ban commercial surrogacy.

After all, the bill has been passed which allows ethical altruistic surrogacy to the intending infertile Indian married couple between the age of 23 to 50 years and 26 to 55 years for female and male respectively. A woman should be allowed to act as a surrogate mother only once and should be a close relative of the intending couple and should be an ever-married woman having a child of her own and between the age of 25 to 35 years.
Now, the things which are happening in India due to lack of legislation to regulate surrogacy and the practices of surrogacy which has been misused by surrogacy clinic which leads to rampant commercial surrogacy and unethical practices will be properly stopped.[iv]

Legal conflicts and implications of surrogacy in India:

Surrogacy is introduced with the motive to provide parenthood feelings to infertile couples and for economic assistance to surrogate mother who has to fight every day for her subsistence living. But due to lack of proper surrogacy legislation, only the middleman is profit earners, and intended couples and surrogate mothers are getting exploited. There are several moral and legal issues related to commercial surrogacy.

The parents have to wait for 5 years and had to get a medical certificate from a doctor and have to complete certain legal formalities which is itself a very complex and time-consuming task that can take too much time. Or as we can say that it is a very sarcastic or weird issue that live-in couples are not allowed to go for surrogacy, therefore in this way we can say that it is discriminating for live-in couples who are not married. As for having a child, marriages are compulsory criteria.

This is very hard for live-in couples that they cannot enjoy parenthood feeling without getting married. As we see practically it is very difficult to find out such a woman who is close relative and ready to give a baby to intended couples free of cost. Many of the circumstances take place by the society that what the society will think about her because nowadays societal and a family impression is a big issue as a society never accept this kind of behavior and if they know about the fact that they are planning for surrogacy the society will start blaming both the surrogate mother and intended couples.

There is also a big issue that arose that attachment of mother with her child because it is very difficult for a mother to keep her child away from her because there is an emotional attachment built between the child and the mother.

At last, there are no laws made that accurately deal with surrogacy contracts. Surrogacy Merely degrades the dignity of women in the eyes of society as ultimately it is a woman carrying a pregnancy for the enjoyment of another couple who are infertile to procreate a child there is too much possibility that child could have emotional problems after knowing that he or she is not the biological child of commissioning mother.

In India, people are practicing surrogacy when several children are orphans. Childless couples who want to adopt these children are subjected to a complex procedure. A common dictation law for all the cities across religion or Indian living in other countries is not present. Simple adoption procedures will reduce the rates of surrogacy. The rights of women and children should be protected through the framing of laws that will cover all the present loopholes.

At last, the surrogacy rate is higher in India. There is no proper legislation on surrogacy, the process had been misused a lot. Even the new amendment bill of 2019 has been passed by Lok Sabha in support of only altruistic surrogacies but still there are many malpractices are done under commercial surrogacies there are a lot of loopholes that needed to be removed. In the future maybe, commercial surrogacy should not be completely banned it should be legalized with certain limitations imposed for the benefit of both commissioning parents and surrogate mothers.