In India, prisons and their administration is a state subject protected by item 4 of the State List in the Constitution’s Seventh Schedule. Prison management and administration fall solely within the jurisdiction of the governments of the state and are regulated by the Prisons Act, 1894 and the Prison Manuals of the respective governments of the state. “The history of prisons in India and elsewhere clearly reflects the changes in society’s reaction to crime from time to time. 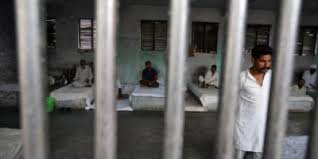 The system of imprisonment represents a curious combination of different objectives of punishment. Thus, prison may serve to deter the offender or it may be used as a method of retribution or vengeance by making the life of the offender miserable and difficult.”
The federal government helps states strengthen prison security, rebuild and renovate old jails, improve medical services, establish borstal schools, provide facilities for women inmates, provide vocational training, modernize prison industries, train prison officers, and construct high-security enclosures.[i] “In its judgments on various aspects of prison administration, the Supreme Court of India has defined 3 general principles relating to imprisonment and custody. Firstly, an inmate does not become a non-person in jail. Secondly, under the limits of incarceration, a person in prison is entitled to all human rights.”

“It is important to remember that various punishments are to be dealt with by prison prisoners because universal punishment can hardly serve the interests of justice for any of them. As a result, inmates must be divided into various groups based on the severity of their crime and the duration of their sentence. A pre-condition for an optimal penal program is the proper classification of criminals for the purpose of treatment.

A. THE PROBLEM OF OVERCROWDING IN PRISONS

In most parts of India, jails are considered to be overcrowded. Overcrowding has the detrimental effect of eliminating segregation between convicts who have been convicted for serious and minor offenses.[ii] As a result, hardened offenders will be able to gain leverage over other inmates. Juvenile offenders detained in prisons due to a lack of alternative places to confine them come into contact with hardened criminals and are more likely to become professional offenders. “It is against this backdrop that the issue of prison overcrowding must be discussed in earnest. The All India Committee on Jail Reforms, chaired by Justice A.N. Mulla, listed different types of remission in its report (1980-83) and made valuable recommendations to streamline India’s remission system. In its 78th Report (1979), India’s Law Commission made several recommendations for reducing prison overcrowding. Liberalization of bail conditions, especially the release of certain categories of undertrials on bail, is one of these suggestions. Overcrowding may also be minimized by releasing an inmate on parole after completing a portion of his term. The system of remission, leaves and premature release may also be useful in tackling the problem of overcrowding in prison institutions. Another move toward reducing prison overcrowding is to keep Lok Adalats in prison to expedite the disposition of undertrials charged with minor offenses carrying a term of fewer than two years.”

B. THE PROBLEM OF PRISON DISCIPLINE

The topic of prison discipline has always piqued the interest of criminologists all over the world. The main purpose of prisonisation is undeniably negative in that it seeks to instill a disdain for criminal life among society’s members, with the goal of deterring people from engaging in actions that might contribute to their imprisonment. The majority of prison staff is untrained and lacks advanced training in their profession.[iii] “While the rigors of prison life are greatly mitigated by the modern facilities available to prisoners, they are likely to become impatient if not kept under proper discipline. One might be imprisoned either for the purpose of custody, control, and discipline or from being prevented to escape or being sent to a correctional institution for treatment. Another concern that prison administrators often face is protecting against the threat of a prison riot, which is essentially the product of prisoners working together. This idea was entirely ruled out in the early days when inmates were held in separate cells and had no means of interacting with one another in the modern sense.”

C. THE PROBLEM OF CRIMINALITY IN PRISONS

Yet another problem relating to prison discipline concerns criminality among inmates inside the prison. The continuous long absence from normal society and detachment from members of the family deprives the inmates of their sex gratification which is one of the vital biological urges of human life. Since they are unable to control their sexual urges, inmates often turn to unnatural acts such as homosexuality and sodomy. To combat this danger, some advanced countries have allowed prisoners to have occasional conjugal visits in order to give them a legal way to fulfill their sexual desires and thereby eradicate crimes of this nature in prisons. “In terms of marital relationships between partners, the Indian prison system does not embrace the principle of conjugal visits since the system of furlough and parole serves a more useful function. Apart from that, such conjugal visits are not permissible due to moral and ethical considerations in light of Indian values and cultural norms.”

D. THE LACK OF LEGAL AID

“In India, legal assistance is only available to those who cannot afford to employ an attorney during the trial, not when the detainee is taken to the remand court. Since the vast majority of inmates, both in custody and in prison, have never been prosecuted, the lack of legal assistance before the point of trial significantly diminishes the importance of the country’s legal representation system for the disadvantaged. Lawyers are unavailable at a time when many of them are most in need of support. The Mulla Committee also noticed that the majority of prison prisoners come from economically deprived families, which may be due to their failure to secure a bail bond.”

E. THE PROBLEM OF PRISONERS’ HEALTH

The well-being of inmates is another critical concern that requires the attention of prison officials. The word “state of health” refers to the new entrants’ past and current suffering from illness, as well as the period and care they got. To resolve the issue of prisoners suffering from serious diseases, volunteers may be trained in prison nursing so that they can better support the suffering inmates and establish a system of self-help for disease prevention such as tuberculosis or AIDS.

“The High Court of Madhya Pradesh, in Anil Kumar v. State of M.P., enumerated the factors which account for an increase in the number of prisoners exposed to infection of tuberculosis in prisons. They are as follows:-
1. Delay in diagnosis, neglect of prisoner’s health problems, insufficient health services in prison and inadequate sputum smear microscopy facilities.
2. Failure of medical services to refer T.B. suspects for diagnosis or to initiate timely treatment.
3. Transfer of prisoners with infectious tuberculosis between and inside prisons.
4. Overcrowding and prolonged confinement inside cells.
5. Failure to segregate infectious cases from other prisoners.
6. Sub- standard treatment resulting in failure to cure patients and prolonged infectiousness.
7. Poor ventilation and poor nutrition may also lead to a cause of disease.”

Despite India’s huge prison population, there is a complete lack of published research on the prevalence of health conditions in prisons. Constant oversight of prisons is important in order to detect inadequacies and weaknesses in the prison administration. Reforming the law and providing legal assistance to the poor is also important.