Although the development and up-gradation of technologies throughout the world have helped humans to grow and eased their work, it also has some shortcomings and is used widely to fulfill wrong or immoral objectives. Recently the honorable supreme court in the case of Rekha Sengar Versus State of Madhya Pradesh[1] upheld the decision of the high court of Madhya Pradesh dismissing the anticipatory bail request filed by a person accused of illegal medical practices of sex­ selective abortion and observed that pre­natal sex ­determination is a grave offense with serious consequences for the society as a whole. 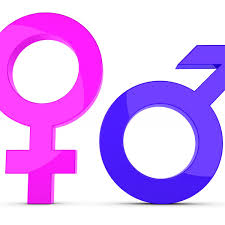 In a country where people worship goddesses and women are believed to be the incarnation of the goddess, girls are thought to be mere liabilities for the family and treated differently from their counterparts, practices like above are still prevalent. The worsening of sex ratio in many parts mainly the rural parts of our country indicates the practice of “sex selection” and strengthens the above hypothesis.

What is sex selection?

Sex selection is the process of controlling reproduction and using scientific technologies to achieve the baby of the desired sex. It can be done with both pre-and post-implantation of an embryo and with the emergence of new technologies it could be done even at childbirth. One of the methods of sex selection is sex determination before childbirth. In the centuries-old Indian traditional patriarchal societies, the birth of a girl child is thought of as a burden on the family and is not a cause of celebration. Because of this, illegal practices like abortion of a baby after identifying the gender of the child or even female infanticide takes place even today in many parts of India.

Laws against sex selection in India

Sex selection is strictly prohibited in India under Pre-Conception and Pre-Natal Diagnostic Techniques (Prohibition of Sex Selection) Act, 2003, and is commonly called PC-PNDT Act. However, the first act against sex selection came in 1996 but was not very effective as it didn’t prohibit the technique of preconception sex selection, but in September 2001 with the PIL filed by Mahila Sarvangeen Utkarsh Mandal and Dr. Sabu George, the supreme court passed an order for strict implementation of the law and included it within the ambit of the act. According to a study In 2011, the UP alone killed 1.5 lack unborn girls a year but the conviction rate of criminals was very low, and between 2003 and 2014 there were only 206 doctors convicted[2]. The state of world population report[3] released in 2020 also reciprocated the above study and indicated that around 140 million women are missing throughout the world as a result of sex selection processes taking place in the medical market. Out of them, India compromises 45.8 million females. The above cases indicate that the act is still not capable of stopping the practice completely and other methods should also be opted to prevent these kinds of practices.

History of sex selection in India

Sex selection is not a new wrong that has emerged from nowhere, the census data shows that there were huge differences in sex ratio observed from the beginning of the 20th century. The emergence of brahmins resulted in the lowering of the value of girls and women in society[4]. They advocated many customs for example putting the fire on the funeral of fathers only by the sons etc which were not gender-neutral. Because of their thoughts and rituals, the preference of the son in the households spread and dominated the society. In the past because of the absence or lack of access to technologies like sperm sorting or in-vitro fertilization, females in these kinds of societies were killed just after birth, at the hands of their own families. This has only slightly improved with the census 2011 data but is still unfavorable to women. According to it, the sex ratio in India is 940 women for 1000 men, which is considered a relatively very poor score[5].

One of the main causes for the prevalence of sex selection is the low value of girls and thinking that girls are a burden on the families and will not able to carry forward the family name. The old thinking that the birth of a girl child would also attract paying dowry and would deeply affect the socio-economic position of the parents was also one of the reasons for “sex selection” and preference of sons.

Such traditions had consequences like signs of “marriage squeeze” which resulted in sexual violence, human trafficking, or abandoning of the girl child. In many of the cases, the girl child was deprived of future opportunities and was treated very badly by their family. These poor conditions although not visible in metropolitical cities can be easily encountered in small and rural districts where people are not educated enough to understand the importance of women and girl children.

Another consequence of this practice is “gender imbalance”. Because of sex selection mainly in economically poor families, men who reach adulthood are majoritarily of low socio-economic class and face the problem of lack of marriageability. This results in antisocial behavior, violence, and in some cases threatening societal stability and security[6].

The usual solution for preventing this practice was outlawing “sex selection” and making it illegal. However, this solution is not the ideal one and could result in the establishment of certain underground and black markets for the practice of “sex selection”. In addition to this, as seen in many countries like South Korea and China, the ban is difficult to implement and has a low level of impact as a deterrence mechanism.

According to the present circumstances, it is better to provide education to people mainly from rural and poor strata of the society and educate them on the importance of gender equality. The women in society should be empowered and taught to raise their voices and fight the old thinking of some people.
The laws should be made more stringent and authorities should closely monitor and arrest organizations or people who are undertaking any illegal and underground practices of “sex selection”.

Besides, all the duties government should undertake to achieve a society with no sex selection practices, We as human beings also have a duty to prevent these immoral practices. Everyone should take responsibility and stand firmly against these social evils and fight them in order to achieve gender equality in the true sense. According to me, debates should be undertaken against “Sex selection” which would help to tell the proponents, who believe they should have a right to choose their children’s gender, that this could result in havoc in the future in the face of gender imbalance.

One of the most important solutions for preventing “sex selection” could be “gender sensitization[7]”. We should teach people that it is fine for a male to play with dolls, or crying because of any pain or for a female to play rough sports and wear whatever they want. Society should not make a taboo and judge a particular gender on their physical behavior. This will help in achieving gender neutrality in society and establish that there are no gender-specific roles and therefore no need for any specific gender for any specific job.

Even after 73 years of independence India is still lacking behind to achieve equity in the social sphere and is facing problems of gender discrimination. It is therefore imperative to ensure the better working of laws and spreading the teachings of gender sensitization to the grassroots levels.
Although immoral practices are still not curbed fully, slowly, and steadily we are moving to the future of no gender biases and no such processes. International organizations like UNFPA are also working on this and in 2017 have launched Global Programme to Prevent Son Preference and Gender-Biased Sex Selection and fight gender inequalities.

In the end, I would like to cite a report from the National Commission on Population[8] under the Ministry of Health and Family Welfare who said that our country’s population would be more feminine by 2036. This report was based on the efforts of the government to promote the value of girl child and awareness generated in the minds of people. With the correct mindset and support of people in our country, we can achieve this dream of gender sensitization and equality at a faster rate and get be free from practices of “sex selection”
[1] Rekha Sengar v. State of Madhya Pradesh, LL 2021 SC 51.
[2] www.kimshealth.org, https://www.kimshealth.org/trivandrum/blog/sex-determination-in-india-illegal-and-fatal/ (last visited March 2, 2021.)
[3] https://www.unfpa.org/sites/default/files/pub-pdf/UNFPA_PUB_2020_EN_State_of_World_Population.pdf
[4] Bandyopadhyay S, Singh A. History of son preference and sex selection in India and in the west. Bulletin of the Indian Institute of History of Medicine (Hyderabad). 2003 Jul-Dec;33(2):149-167
[5] https://censusindia.gov.in/2011-prov-results/data_files/india/Final_PPT_2011_chapter5.pdf
[6] Proceedings of the National Academy of Sciences Sep 2006, 103 (36) 13271-13275; DOI: 10.1073/pnas.0602203103
[7] Browne, Tamara. (2016). The problem with sex selection. O&G magazine. 18. 38.
[8] https://censusindia.gov.in/2011-prov-results/data_files/india/Final_PPT_2011_chapter8.pdf
Image Source
Author: Vaibhav Kesarwani