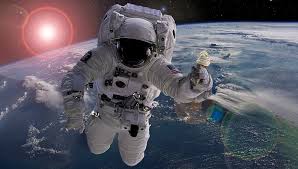 This tactic of reusing the same technology for different missions is not a new one. For instance, in India, Chandrayan 2 tried to follow the footsteps of Apollo 11 and recreate the moon landing, but it lost its connection and as a result, failed in its soft-landing attempt. Later, Chandrayan 3 was planned as the third lunar exploration mission by the Indian Space Research Organisation (“ISRO”). It is scheduled to be launched in early 2021.[2] The technology in Chandrayan 3[3] is not new, but the same as that of its previous mission. However, there are changes and improvements needed for there to be an increase in the chances of its success this time. Regarding the space laws and their legislation and the intellectual property rights in the dimensions of space, it would be interesting to see and observe that they both are contradictory in their fundamental nature.

While the idea of patents is not predominant in the space sector, compared to other manufacturers such as transportation, electronics, fast-moving consumer goods, chemical industry, pharmaceutical industry, etc.- in recent years, space patents have become increasingly crucial and into the center stage. According to the OECD[4], space patents at the global platform have almost quadrupled between the phase of 1991 and 2011. In the race for international influence, which helps a country to gain recognition and power in the field of Intellectual property and innovation in space, Canada is ahead of all the other countries comparing to its size, geographically, which is a signal of the potential that can be used to the technological advantage of the space sector in Canada. However, while space patents have shown immense potential, patenting space technologies presents some complications that are not so often encountered in more terrestrial areas of technology.

It is an extremely difficult task to measure or quantify innovation. There is no fixed or official indicator or test for innovation measurement. However, in the field of space patents, the annual production of patents is the principal and basic indicator for the quantification of innovation. This has led to the high need for protecting space inventions and work towards harmonizing space law with IP rights. The establishment of IP rights for space inventions, as it is a strong tool for the inventors to protect their inventions, will accelerate the formation of rights, breaking the boundaries of the conventional territory. Such protection will help the owner to claim the right over their inventions whenever the inventions are been exploited in space.

One of the most recent Patents, is by India in September 2019, when Chandrayan – 2 the lunar project tragically failed. Resurging in May 2020, the Indian Space Research Organisation intrigued the world community, when it announced a highly advanced patent[5] for protecting the unique and exclusive method and technique of manufacturing a simulant of highland lunar soil.

Such soil is made in bulk from indistinguishable samples of rock from ‘Sittampundi Anorthosite Complex’, which is 67km from Salem in Tamil Nadu. A crucial facet of the method-patent attained by ISRO explained that the soil had the following qualities:
Cost-effective
Reproducible
Highly scalable
Such a lunar soil is similar to regolith (loose unconsolidated rock and dust that sits on top of bedrock) from the lunar highland region. It can be efficiently utilized for the command of the mobility of a rover for scientific exploration and discovery & in the study of the geotechnical and mechanical properties of the lunar soil. The innovation and invention ensure that it is a highly effective training stimulus for future missions on the surface of the moon.

It is experienced and has been proved that the terrain of the lunar surface is highly illusionist and treacherous. This is the reason why several highly ambitious missions[6] across the globe have failed in the past like Columbia broke down re-entering earth, which estimates to around $16.2 billion[7] in today’s day and age. The tragic failure of Chandrayan – 2 is one such example. Replicating lunar soil in a controlled environment would provide a greater chance of success in future missions. The devices which are made especially for automated space and extra-terrestrial exploration would be conditioned to survive in this kind of terrain of the lunar surface. To understand civil engineering, as a subject to work, research, and learn from, the structures on the lunar surfaces for the reason of which a broad design philosophy will be postulated, for which a detailed research work will be performed. With the help of such mass-produced lunar-soil, for performing scientific extra-terrestrial explorations and discoveries, the operationality and the maneuverability would be improved.

In this newly explored area of regolith, the deepening of knowledge will help in the further study of the geotechnical and mechanical properties of lunar soil. ISRO has been extensively filing patents since 1973, till now ISRO database shows the number of around 270 patents, 45 copyrights, and 10 trademarks in the IP portfolio of the Indian Space agency. The creation of space laws and the space patents under IP rights are fundamentally clashing, which has led to many issues in the enforcement, questioning whether the territorial jurisdiction under intellectual property law permits the extension of each national (or regional) law to the objects which the respective country has registered and launched into outer space. Patent rights have the objective of preventing the use of the technology by any of the innovators or consumers. The space laws and the fundamental principles, “province of all mankind’, ‘common heritage of mankind’ and benefit of all countries promote the concept of shared benefit. The lunar soil patent of India’s ISRO will help India promising prospects for future missions to ensure a soft landing on the highland region.

NASA’s declassified patent of the creation of an artificial Sun

NASA has been describing the idea of creating an artificial Sun since the 1960s, locked the idea of an artificial sun between 1961- 66, where the patent of the system of artificial lighting was approved. Their plan is to, illuminate and try to replace Sun with the help of the artificial sun, maybe not for the entire globe, but at least for most of the area. They wanted to create a system where there is a facility to vary the intensity of the illumination in a wide range. But for using it for the simulation of sunlight and moonlight, there are no changes in the spectral distribution of the illumination. They have successfully brought this into reality. There are artificial suns of hexagonal shape at the time of sunrise and set. The sun drives the big reflector made by NASA into the sky from behind which allows the reflection of sunlight through itself, the artificial reflector would have to be adjusted in a way that simulates not only the sunlight but also the natural light of the earth and the moon. Most people are completely unaware of the sixty decades-old patent, but this same technology is now to be used as Nibiru, which means crossing or a point of transition. Their objective is mysterious till now and highly speculative.

The patents in space are an emerging and highly competitive market in their scope and potential. Experiments, ideas, innovations, and inventions carried out in the field of patents and intellectual property rights in space are encouraging and boosting the urge and need for patent protection. Every innovation comes with its price in this business and creativity-driven world. Patent protection in the field of space technologies and the space sector is extremely important when it comes to its extensive usage and role. The patent protection in hand is an asset for an individual, organization, or country. With the multiplication in the patent protection of the space technology innovations, the income and monopoly come in which creates a space for the innovator to gain some profits, name, and explosibility. The patent in space is an important and crucial tool that protects the innovators’ innovativeness. The innovation can be misused by using the same innovation, which is born out of the mind of an individual and his/her intellect, and unethically using it for monetary and other benefits such are the recognition out of such inventions.
Image Source
Author: Saptak Pandya, The Maharaja Sayajirao University of Baroda

[2] Chandrayaan-3 to be launched in first half of 2021: Govt | Technology News,The Indian Express

[5] Made in India ‘moon soil’: ISRO gets patent | Hindustan Times

[6] The Most Expensive Failed Space Missions Of All Time (businessinsider.com)

[7] The Most Expensive Failed Space Missions Of All Time (businessinsider.com)