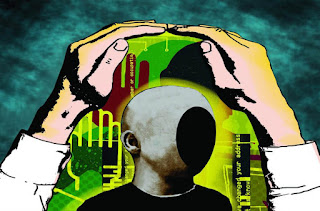 This point is somewhere attentive because the term ‘witness’ is neither defined in IPC[1] nor in CrPC[2], but it plays a pivotal role in granting justice in both these systems by the court, so witness protection should also be considered as an important topic for our legislation. Witness evidence in court can change the whole criminal or civil trial.

According to the Black Law Dictionary definition of witness,

“Witness is one who sees, knows or vouches for something or one who gives testimony, under oath or affirmation in person or by oral or written deposition, or by affidavit”.

In other words, a witness is a spectator who witnesses any act or a series of acts taking place. He is a person who has the ability to testify in courts with proper knowledge of the scene of the crime, to perceive an act through his senses. Section 118 of Indian Evidence Act elucidates that a competent witness is one who has the capacity and ability to understand the questions put to him by the court and ability to give rational answers.

“Witnesses are the eyes and ears of Justice.”

The Oxford Dictionary defines the term”witness” as,

“[o]ne who gives evidence in a cause; an indifferent person to each party, sworn to speak the truth, the whole truth and nothing but the truth”.[3]

And if still the witnesses are not protected in a Criminal Justice system then how can anyone ensure that he/she gets justice in court. In any jurisdiction, a witness requires remarkable treatment. Sometimes witnesses change their testimonies and turn hostile not only due to coercion, lures, threats, monetary considerations but also due to fear of abduction & life.[4]Right to fair Trial has been considered as the heart and soul of our criminal Justice system.

Witness Protection- The Need of an Hour

This legal maxim literally meant that the burden of proof lies on the plaintiff. The claimant is wholly obliged to submit to the court all the proofs that can testify their claims and on that the party who is claimed to be an accused, so to prove themselves an innocent they can goes to any extent to prove there evidences or witnesses wrong, then whatever the limit is, whether to threat the witnesses or to force them from any side. In the case of Swaran Singh vs State of Punjab[5], the court stated that

“…A witness in a criminal trial may come from a far off place to find the case adjourned. He has to come to the Court many times and at what cost to himself and his family is not difficult to fathom. It has become more or less a fashion to have a criminal case adjourned again and again till the witness tires and he gives up. Witnesses are not treated with respect in the Court. He is pushed out from the crowded courtroom by the peon. He has no place to sit and no place even to have a glass of water. It is the game of unscrupulous lawyers to get adjournments for one excuse or the other till a witness is won over or is tired. Not only that a witness is threatened; he is abducted; he is maimed; he is done away with; or even bribed. There is no protection for him.”

However, there are two sides of the coin, on one side this is the right of a victim to have a fair trial, but on the other side this is also the right of the accused for an open trial. For which accused and criminals also enjoy the right to silence and cannot be compelled to reply. There is a right to open trial for the benefit of the accused and the public have a right to know about the conduct of the trial and the accused has a right to have the trial conducted in his presence.[6]In Maneka Gandhi vs Union of India[7], the Apex Court of India held that the Constitutional mandate in Article 21 requires a procedure which is ‘fair, just and reasonable’.

It was also held in the judgement of Supreme Court[8]that there must be a fair trial not only for the accused but also for the victim. The fundamental responsibility of the state is to maintain law and order, so that every person can enjoy peace and security in their country. But in India, despite the witness work as a key ingredient of a criminal trial, there is no protection for them, which shows the loopholes in our Criminal Justice System.

Silver Lining in Safeguarding aspects of Witnesses in India

When will India be able to protect witnesses? This question was answered steadily in various reports and cases. Witness protection was considered for the first time in India in the 14th Report of the Law Commission of India.[9]Later on, the 154th report of the Law Commission[10]talked about the plight of witnesses in which the Commission observed that the witnesses face not only bothers but also menace to their lives on account of offenders and criminals. The 172nd report of the law commission laid emphasis on shielding the witnesses from the accused. Further, 178th report entails the issue of averting witnesses from turning hostile. This report taking cue from the Supreme court jurisdiction in Sakshi vs Union of India[11], in which it was held that to keep the witness away from the accused and to ensure his testimony, procured without any public fear. The 178th report also managed the issue of precautionary measures in the investigation stage for police to prevent witnesses when they are examined at the trial. Subsequently, the committee on Reforms of Criminal Justice System[12]under the chairmanship of Justice V.S. Malimath while emphasizing the significance of witnesses says:

“By giving evidence relating to the commission of an offence, he performs a sacred duty of assisting the court to discover the truth. It is because of this reason that the witness either takes an oath in the name of God or solemnly affirms to speak the truth, the whole of the truth and nothing but truth. He/She performs an important public duty of assisting the court in deciding on the guilt or otherwise of the accused in the case. He submits himself to cross examination and cannot refuse to answer questions on the ground that the answer will incriminate him.”

Then we have the Witness Protection Scheme 2018[13]which categorized three types of witnesses on the basis of threat perception. Firstly it will apply to those cases where there is a question of threat to the witness or family members during the court trial or even thereafter, then to those cases where the threat extends to safety, reputation or property of the witness or family members, and at last to those where threat is moderate and extenda to the intimidation or harassment of the witness.[14]This scheme ensures the protection of the witnesses in the events ranging from police to the courtroom or using audio video means for recording testimony to maintain the anonymity of such witnesses, temporary residence in safe houses, providing new identity etc.

On the whole, it was realized that the importance of Adversarial systems like ours, witness context programmes are vitally important and imminent in the context of alarming rates of somersaults by witnesses. In the perspective of the need to defend the witnesses, there has been debate in some countries as to how the rights of accused  and need for witness identity protection can be weighed up. Such a balance has been attained even in the USA and others few countries where confrontations of witnesses in Open Court is indeed a constitutional and statutory right. They have successfully developed appropriate procedures that can be laid down in the interest of victims and witnesses. Contrastingly we are still to develop indigenous witness protection jurisprudence.[15]

Formation of a crimeless society is an endmost object of a criminal justice system. The way in which criminals are being prosecuted, something weighty and rigid has to be done to improve the prosecuting and executive machinery. We have an adversarial system of common law in which the accused is presumed to be innocent until proven guilty and the burden to prove him guilty is on the prosecution, and there we can acknowledge the importance of witnesses in our country. The main focus of our criminal justice is to punish the wicked and protect the innocent. But due to the increase in crime and terror in our country ought to generate a major debate on  the situation of the Criminal Justice system in India. An antiquated evidence law, judicial delays, abolishing the jury system have made justice more ‘technical’ than just.[16]Even our criminal laws are not much advanced and updated to take on present crime challenges. We have many provisions in the Acts and Code where the punishment or monetary upper limit and/or the prescribed fines are so abysmally low that they have lost their meaning.

The Witness Protection Scheme, 2018 was the first step to protect witnesses on national level and which is also a way to strengthen the Criminal Justice System in India. Thus, the proper implementation of this scheme should be made to ensure the propositions of natural justice and Rule of law as conceived by our Constitution.

[12] The report of Malimath committee on reforms of Criminal Justice System, Govt. of India, Ministry of Home Affairs, March 2003.