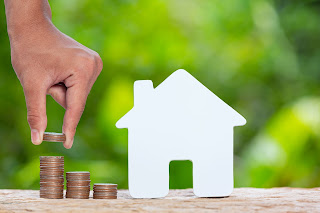 The word property is derived from the Latin word ‘properietat’ (its French equivalent is ‘proprious’) which means a thing owned with exclusive right of possession, enjoyment and disposition.[i] In legal terms, the word property refers to individual possession of things and these things can be tangible such as land or goods or they can be intangible such as stocks, bonds or the most recent concept of Intellectual Property.

Every civilized state recognizes the right of a person in relation to his/her property. This right is protected to some extent by constitutional law, civil law and criminal law in different countries. The concept of property is such that if a tangible or an intangible thing belongs to a person then he/she has the sole right to possess, use or transfer the thing according to his/her wish.[ii]

It is absolutely just, fair and reasonable to own and use products of our labour. Property has always been seen as an essence that includes all things necessary for a man’s survival. This is one of the reasons why the framers of our Constitution incorporated the ‘right to hold and dispose of property’ as a Fundamental Right. The ‘Universal Declaration of Human Rights’ recognises ‘Right to Property’ as a basic right of human beings but our political leaders excluded it after recognising it as a Fundamental Right.

Since independence, the greatest number of constitutional amendments have been done to alter the ‘Right to Property’ and it has also formed the core from which some landmark judgements emerged out of our judiciary. These commendable judicial decisions have been extensively studied by law students like me but unfortunately no one has studied them from the importance of property in a person’s life.

The ‘Right to life and personal liberty’ incorporated under the 21starticle of the Constitution does not connote an animal-like existence or a mere act of breathing, it has much wider meaning which includes all those things that makes our life meaningful. Thus, as long as property serves as a means of livelihood it ought to be considered as an extension of right to life and any deprivation of such right would lead to violation of Article 21.

But it was very hastily removed from Fundamental Rights without analysing its long-lasting consequences. That’s why it has become very important to consider if ‘Right to Property’ is a part of Article 21.

THE CONSTITUTIONAL FOUNDATION OF RIGHT TO PROPERTY

There was a fierce debate amongst the constitutional framers when ‘Right to Property’ was being discussed in the Constituent Assembly. The house was very polarised, with one group of freedom fighters (who fought for independence to bring about socio-economic regeneration of Indian people), arguing for property as a Fundamental Right to fulfil the aspirations of exploited Indians under the domain of British rule. Mr. Sukhcharan K. Bhatia who sympathise with this school of thought have said, “the true individual freedom cannot exist without economic security and independence. Necessitous men are not free men.”[iii]Ultimately, it was incorporated as a Fundamental Right so that property does not remain a privilege in the hands of few and a classless, liberal society can be created.

Even then there was an apprehension in the minds of the Constitutional framers, that the common man may be denied the right to hold and enjoy the property, so they contemplated that State had to acquire the property keeping in view the larger interest. But it had to be determined whether the property is a source of livelihood or a means of control over others. In the first instance just and fair compensation should be paid and in the latter scenario only nominal compensation. So, in the final draft State was given the power to acquire property upon the payment of compensation to the expropriated owner.

JUSTIFICATION OF DELETION OF RIGHT TO PROPERTY

3rd, 4th and 5th paragraph of the 44th Amendment Act provides the justification of deletion.

Para 3- “It would be ensured that removal of property as Fundamental Right would not affect the rights of minorities to establish and administer educational institutions of their choice.”

Para 5- “Property still remains a legal right, and no person shall be deprived of his/her property save in accordance with law.”

JUDICIAL INTERPRETATION ON RIGHT TO PROPERTY AS DIMENSION OF LIFE

Courts have given Article 21 the widest amplitude covering every aspect that makes a man’s life meaningful, complete and worth living. The recent judicial activism justifying property as a dimension of life can be inferred through various case laws, primarily dealing with ‘Right to livelihood’ as a part of life under Article 21.

Supreme Court in the case of “Board of Trustees of the port of Bombay v. Dilip Kumar”[iv]defined the word life and guaranteed livelihood as a dimension of life. The same was reiterated in the “Pavement Dwellers”[v]case. The easiest way of depriving a person of his life would be to deprive him of the means of livelihood. The integral parts of right to life are such necessities that make life liveable and property is one such component. Some amount of property is a means of livelihood for a person to sustain his life.

In “Ambika Prasad v. State of U.P”[vi]arguments of judges can be interpreted to mean that deprivation of property that is a means of livelihood could be held as a deprivation of right to life and liberty.

The point that total deprivation of property would result in deprivation of livelihood was established more firmly in “Gadigeppa Mahadevappa v. State of Karnataka.”[vii]1 acre of wet land belonging to the petitioner was sought to be acquired by State for distribution of residentialsites and it was the sole means of livelihood for the petitioner whose 2 acres and 30 guntas of land was already acquired in previous acquisition.

The courts besides holding property as a means of livelihood has also started granting compensation on the basis of Article 21 read with Article 300A to the victims of riots whose private property has been destructed. It was held in the cases of “R. Gandhi v. Union of India[viii]and M/s. Inder Puri General Store v. Union of India”[ix]that it is the duty of the State to protect the life, liberty and property of the citizens and pay an adequate compensation where loss is caused to property which is an inviolable right of a person.

In the case of “Delhi Airtech Services Pvt. Ltd. V. State of U.P.” the court disclosed the relation between right to life and liberty and right to property as that of basic human right. The expression ‘law’ that figures in both Article 21 and Article 300A must be given the same meaning.

The acquisition of land is inevitable due to the state’s role of promoting public welfare. So, a balance has to be achieved in a way that such acquisition does not deprive an individual of his/her means of livelihood. The judicial activism of our Supreme Court which has provided a very elaborate meaning of “Right to life” under the Constitution would be wide off the mark if the property which is a means of livelihood to its owner is not recognised, deprivation of such right would violate his/her right to livelihood.

Through the landmark judgements discussed above it seems that ‘Right to Property’ is treated as an aspect of ‘Right to livelihood’ and as an essential condition for continuance of human life it can be understood in other sense as well. When a person has accumulated a huge amount of wealth and other resources, then property ceases to be a source of survival for him/her, instead becomes a source of power to control others. Therefore, before prescribing property as a means of livelihood, a distinction should be made between a property necessary for survival and a property that is a means of control over others.