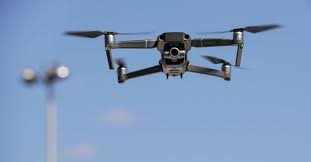 Drones assist practically every area of the economy and because of their reach, convenience, and adaptability, they can prove to be significant milestones in creating employment and generating economic growth, particularly in India’s remote and inaccessible areas. Given, the importance of Drones, it is imperative to regulate their usage. The Indian Ministry of Civil Aviation (“MoCA”) released the draft drone rules, 2021[1] on Unmanned Aircraft Systems (“UAS/drones”) for public comments on July 15, 2021 (“Draft UAS Rules”), the MoCA has now notified the final Drone Rules 2021[2](“Drone Rules/New Rules”).This clears the way for India’s new drone law, as the previous drone rules i.e., the Unmanned Aircraft System Rules, 2021[3] (“UAS Rules/Previous Rules”), are now obsolete.In this article, we have discussed below some of the proposed amendments in the UAS Rules which will now govern the drone usage in India.

The UAS Rules were seen as restrictive by academia, start-ups, end-users, and other stakeholders since they needed a lot of paperwork, required approvals for every drone flight, and only a few “free to fly” green zones were available. Thus, Indian Government has chosen to replace them with the more liberalised Drone Rules.

The Drone Rules are based on trust, self-certification and non-intrusive monitoring and seek to maintain a sense of safety and security. For instance, previously, a security clearance was required prior to the issue of a registration or licence however this requirement has been removed now. Significantly, the previous rules have been expanded to include drones weighing up to 500 kg[4] up from 300 kg previously, bringing drone taxis under the fray too. Further, the rules have reduced need to file multiple forms, presently requiring the filing of 5 forms instead of 25 earlier. Similarly, the total number of fees that must be paid before operating drones has been reduced from 72 to only 4.

While the UAS Rules provided that it should apply to or in respect of Unmanned Aircraft System for civil aviation purposes only[5], the Drone Rules on the other hand start with negative connotation as it will not apply to an unmanned aircraft system belonging to, or used by, the naval, military or air forces of the Union of India.[6]Thus, a shift in the approach towards purpose of usage of a drone is visible under the new rules, implying, that even those usages where a drone is used but for civil aviation purpose will involve the applicability of the drone rules.

Introduction of platform and zones

The drone rules provide that the Civil Aviation Ministry will develop the digital sky platform (“platform”) for various activities (including clearance, etc) related to the management of UAS activities in India.[9]The platform will be a single-window system that is easy to use and the human interface will be minimal, and most permissions will be self-generated. It will make sure that the existing red-tapism with respect to regulations and obtaining permissions/licenses is shunned away.Importantly, it will also have an interactive airspace map with green, yellow, and red zones having following specifications:

The term red zone refers to a specified area of airspace in which only the Central Government has permission to operate unmanned aircraft systems.

The above specifications about the zones provide clarity on where one can and cannot fly the drones. It can be seen that the government has come up with the interplay between liberalisation and regulation greatly. For example, the yellow zone, which was previously a 45 km has been reduced to 12km from the airport perimeter. This means that the drone operators don’t require permission to fly beyond a 12 km from an airport’s perimeter.

Classification of a nano unmanned aircraft

Landing, take off, surface movement, and associated maintenance or commercial activities of drones are all handled by drone ports.The UAS rules had the provisions about the Drone Port inter alia licensing, authorisation and eligibility conditions.[15]However, the drone rules have done away with the drone ports in toto. Though, there is a new provision in the drone rules for drone corridors which will be constructed for cargo deliveries yet it would be interesting to see how the modus operandi with respect to the arrival and departure of drones takes place.

Neither the UAS Rules nor the 2018 guidelines[16]had allowed foreign entities or their majority / wholly owned Indian subsidiariesto register as an Authorised Person under the Indian drone laws. However, this restriction has been done away with in the drone rules.[17]In particular, the foreign ownership of companies that use drones has also been permitted which is another step towards bolstering the horizons of Indian drone industry. Further, it has been now provided that the DG may issue type certification basis the approvals given by foreign regulators/contracting states.

The new rules also eliminate the need for a remote pilot licence for nano[18]and micro[19]dronesoperated for non-commercial purposes.Similarly, the type certificate is not required for nano and model drones used for study or leisure however it is required when a drone is to be operated in India and that the drones which are imported and manufactured solely for export are not subject to type certification or a unique identification number.[20]Also,if a drone has a DAN, a GST-paid invoice, and is on the DGCA’s approved drone list, it will be assigned a unique identification number through the digital sky platform on or before November 30, 2021.[21] It is also important to note that the new rules provide exemption from its applicability to R&D entities operating drones on their own or on rented facilities in green zone. Further, the new rules have simplified the penalty provisions, where the previous rules had multiple penalty provisions, under the new rules INR 1 lakh is the maximum penalty.[22]Furthermore, the new rules require drones to be insured by a third party for compensation in the event of damage to life or property caused by a drone. In this regard, the Motor Vehicles Act of 1988 and its requirements, which apply mutatis mutandis, must be followed while purchasing insurance.[23]Last but not least, the new rules have done away with the clearance-of-import-from-the-DGCA requirement.

The publication of drone rulesis a positive step forward and industry can now focus on creating an investment-friendly ecosystem and collaborating with the government on programmes that encourage local industry. The regulations will, further, assist in unlocking the potential of the drone ecosystem, not just in terms of increasing local manufacturing but also in terms of providing drone-related services. They have the potential to help India become a global drone hub by 2030. Further, the government’s policy adjustment to enable civilian drone operations indicates the government’s goal to allow drone use while also protecting security from rogue drones through the anti-rogue drone rules established in 2019.[24]Though, the drone rules will be welcomed by the drone industry however there are certain considerations which the government might need to contemplate: a) removing the concept of drone ports and the addition of drone corridors may create confusion about the flying of drones and b) there is no clarity concerning the privacy of individuals whose lands are used for drone operations.

[16]Regulations will be effective from 1stDecember, 2018 Operations of Remotely Piloted Aircraft System (RPAS) to be enabled through Digital Sky Platform, THE MINISTRY OF CIVIL AVIATION (September. 4, 2021, 8:08 PM),https://pib.gov.in/newsite/PrintRelease.aspx?relid=183093.