In world, Men are 3x likely to suicide than women, however we find women are being treated clinically than men. It is mainly because men are supposed to stay strong masculine and it is often depicted than mental health is one such thing, which bypass men. Talking about the data, even when men get the feeling of being depressed, they are less likely to seek help as compared to women. The main reason behind this is the fear of stigma which the society may attach to it, the masculine power which they possess along with the social norms attached with it. 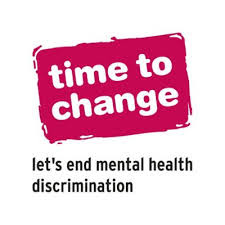 As men reach their adulthood, they became unaware of most of the emotions such as anger, inner emotions etc. which happen since hormones changes with time. ManTherapy.org reports that 1 in 10 men suffer from intermittent explosive disorder or rage. For many men seeking assistance may be viewed in conflict with traditional masculine ideals of toughness, independence and emotional control or “grit.” A study published in the Psychology of Men found that “men with higher levels of traditional masculinity ideology also tended to have a more negative opinion of seeking psychological help.”

A SOLUTION TO IMPROVE THE PRSESNT SITUATION

One of the primary step to encourage the prevalent situation is by recognizing the present mental issue as a social issue just like we recognize other forms of health issue. Another step can be by advertising about the mental health issue and also including messages such as “You can’t fix your mental health with duct tape.” Such campaigns and advertisement can actually help us to win this battle.

If you are feeling in a depressed mode, here are the following modes you will find-

Men are more likely to commit suicide than female. However whenever men feel the symptoms of being in a depressed state, they seem to drink or either start smoking or start taking illegal drugs. Thus it is seen that instead of talking about the issue, they consider these habits as a mode of self-mediation. For the ones who are continuously in a habit or drinking alcohol or taking illicit drugs, then it can even harm them in the longer run and thus diverting them from their success. This could even result in conflicts with their partners or family, thus resulting in a bitterness in their relationship.

Few men do have a competitive behavior and thus are less likely to talk about their issue considering that they are fragile. They are more concerned with more success and power. Even except attitudes, even personalities play a major role in ascertaining depression. It is often seen that shy people are likely to become depressed. However we cannot completely rely on this. Depression can even happen to people with strong personalities.

A new mother will tend to be less interested in sex for a number of months. Simple tiredness is the main problem, although it’s easy to take it personally and feel that you are being rejected. You may have to adjust, perhaps for the first time, to taking second place in your partner’s affections. You may have to re-balance the demands of home and work – there’s a lot more to do at home and you just can’t spend so much time at work. A new father is more likely to become depressed if his partner is depressed, if he isn’t getting on with his partner, or if he is unemployed.

1. Talk with someone
2. Eat properly
3. Avoid alcohol and drugs
4. Consult a doctor
5. Do something which you enjoy
6. Join a support group
7. Be active