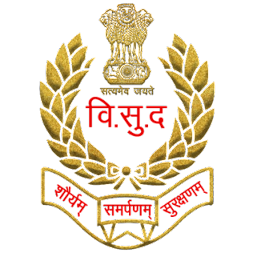 The Indian government provides a security cover  to  protect the Prime Minister and Former Prime Minister and his immediate family members residing with him at his official residence. On many proceedings or occasions, there will some guards surrounding the Prime Minister of India – they are named as the Special Protection Unit and after the amendment it was named as Special Protection  Group (SPG). The Special Protection Group members are the most elite persons with high freedom that none can arise any questions on nor can sue them in any court. They have their own rules and principles and it can be applicable only for SPG members the outsiders can’t access their rules and principles.  There are totally 3000 people in protection group across India. This article deals with why the security protection was formed for the Prime Minister of India and its history.

HISTORY OF THE SPG AND ITS PROCEDURES:

The SPG is an most elite force ,specially formed for the protection of the Prime Minister and Former Prime Minister and their immediate family members at their home ,office and also in their  family functions and even in their tours .The Ex-Prime Minister Indira Gandhi was the most iconic women and was also been loved and hated  by some people but none couldignore her  because she played a prominent role as a Prime Minister of India. Later due the level of threatening faced by Indira Gandhi, Delhi Police formed a security cover to the very 1st women Prime Minister of India. She was under the control of the security guards but to twist of fate she was shot dead by her own security guards and the Cabinet members were disrupted by her death and a lot of criticism and questions were raised against Indian Constitution and Regulations for killing the country’s own Prime Minister .

The SPG was set up in 1985 after the assassination of PM Indira Gandhi .They work under the Cabinet Secretary, Intelligence Bureau, Police and local governments .The SPG was introduced in the year 1988,as they are highly trained in martial arts, first aid, communications ,physical efficiency, assisted by all central and state agencies to ensure foolproof security. They are assigned to the PM security to wear black-formal business suits, with black sun glasses and with a briefcase on normal days and for occasion they have to be in safari suits. Because of the black sun glass the attacker can’t see eye balls of the commandos and the SPG should not express any kind of feelings on their face.[1]

▪        The SPG only protects their family members residing with him at a residence allotted to him.

▪        The SPG cover was only given to Prime Minister and Former Prime Minister and also to their immediate family members if they are residing with them and according to the act, the family won’t get any special protection if they don’t reside in the PM residency.[3]

▪        After the death of Former Prime Minister Rajiv Gandhi the SPG extended their security upto the level of threat as decided by the Central  Government and it must be ,

i)emanating from a military or terrorist organisation and

ii)be of a grave and continuing nature.

▪        In India, the SPG was only given to four people; they are PM Narendra Modi, Congress President Sonia Gandhi and her children, Rahul Gandhi, Priyanka Gandhi Vadra because two of their family members were assassinated.

▪        The motto of the SPG is “Shauryam Samarpanam Surakshanam” which means bravery, devotion and protection.

▪        Unlike any other force,the SPG  not have a direct entry they must be recruited from the Indian Police Service(IPS), Central Industrial Security Force(CISF), Border Security Force(BSF) and Central Reserve Policy  Force(CRPF).

▪        The PM Modi government said in Aug 2019 the SPG protection for Manmohan Singh had been replaced with Z+ security.[5]

The Union government has decided to withdraw the security cover from Congress president Sonia Gandhi and Member of Parliament Rahul Gandhi and Priyanka Gandhi Vadra replaced it with Z+ security cover which means they will be guarded with 100 personnel of the CRPF.

The changes was done as per the old acts and aimed to make a specialized force with more impact. Union Home Minister Amit Shah said that Gandhi family had not been removed from SPG as they were now replaced with “Z+” security. Further, he also says that Gandhi family  members had went on several trips without information SPG. [7]He also said to the Government that,

●      Sonia Gandhi did not use her SPG bullet-resistant vehicle after 2015 and travelled 50 times in Delhi and 13 times around India and 29 times around abroad for many occasions.

●      Priyanka Gandhi Vadra had travelled 339 times in Delhi and 64 times in different parts of the country and 94 times abroad.

Those who are under the SPG protection are provided with guards, hi-tech equipment’s, vehicles ,jammers and an ambulance and the security cover will also carry the particular blood group of VVIPS along with them.

SPG: The more effective security guards, given specially to the PM.

This is one of many efficient agencieswith a collection of 3,000 personnel’s. It was formed after the wake of PM Indira Gandhi assassination .They are a single unit control body reviewed by Cabinet Secretaries to the PM both inside and outside of New Delhi.

●   The SPG bill was passed with voice vote while Congress MPs had walked out of the House in protest. The SPG are the most elite person and trained to protect our Prime Minister of India(at present,Narendra Modi). The rule of SPG are contained in blue book and for other forces in Yellow book. Now our PM Narendra Modi was the only person under SPG cover, Sonia Gandhi and her children are one of among 30VIPs who have Z+ security. The security cover will also extend with regards of Intelligence Bureau based on their level of threat even after they ceases from their position. Therefore, the SPG aimed to protect the VVIPs of the country and not just “one family“.

-THIS BLOG IS WRITTEN BY JANNATHUL FATHIMA, A STUDENT IN THE SCHOOL OF EXCELLENCE IN LAW, CHENNAI