“All of us are put in boxes by our family, by our religion, by our society, our moment in history, even our own bodies.” 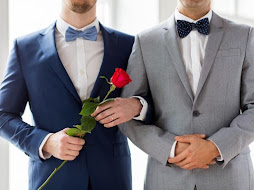 Marriage is a sacrosanct, eternal and everlasting union in India. The concept of marriage is reverend even among the vast diversified population of India. The institution of marriage and family are considered as the foundation of advancement in Indian society, being a Marriage country binding in the threads of the customs, traditions and rituals, the growth and perspective of people has still not prospered entirely. Talks about sexual orientation are against the etiquettes and being a gay, lesbian or transgender is still an unthinkable.

The legal recognition of the homosexuality as not an offence was done in the recent judgment of Supreme Court in 2019 but the social stigma continues to prevail like leech. The decriminalization of section 377 was an epic moment in the legal history of India but this was the initial focus but not the eventual terminus. The main object to ultimatum parity with the heterosexual relationships or marriages is mostly criticized on the grounds of building the institution of family which is suppressed by the outmoded ethics, norms and values of patriarchy.

ARGUMENTS FOR THE CASE OF SAME SEX MARRIAGE

Marriage being the personal choice should not be subjected to any governmental or political maneuvers. The distinction on the basis of the sexual orientation is void to Article 14 and 15 of the Indian Constitution, marriage is the right granted under the right to life Enshrined under Article 21 and non-recognition of the fundamental basis of formation of family is unlikely to the norms of the Constitution. The basic rights like succession, maintenance, pension, nomination in the insurance policy, having joint bank account are not available at the threshold of the LGBTQ+ community because their gender do not stand up to the classical demarcations of the society.

The Utilitarian argument states that there is no bifurcation in the psychological dimensions of the homosexual couple, same social, heath and economic responsibilities will be allured in case of the same sex marriage and the recognition will as well foster societal reimbursements for the children out of such wedlock. The straightforward contention is that if two individuals wish to get married than they should be allowed to do so irrespective of the other factors otherwise it would result in exclusion of one class of citizens from the benefits and dignity of that commitment demeans them and insults their dignity.[1]

The majority of the LGBTQ+ community members have come out of the closet in the metropolitan cities like Mumbai, Kolkata, Bangalore, Delhi, Pune, Hyderabad etc. where the view point of people about the sexuality is more liberal. Homosexuality in India is considered as a disease which can be cured, western concept, ideology of the rich educated people etc. The mainstream reason of the non-embracing nature of the personal laws in India. The Hindu Personal law governing marriage is gender neutral but for the usage of the term ‘bride’ and ‘bridegroom’. One approach can be address one partner in same sex marriage as bride and another as bridegroom but it may result in disruption to the pre-determined traditional gender roles committed by society.
Another approach can be to form the set of specified rules for the LGBTQ+ community but the gray area is that there is miscellany and huge probability that they may be governed by their personal and religious negations. The final approach which can be best utilized is the amendment in the Special Marriage Act to enhance the boundaries beyond the two socially recognized sexes (male & female). The third approach sounds most feasible because of its secular application and any amendment in the personal laws may attract revolts in the garb of religion, custom and traditions.
Case Laws: The apex court in 1983 punished a man to have relationship with the boy when the due consent of both the partners to the relationship.[2] Two women have eloped away, got married and publicized their marriage after one of them had undergone the sex transformation surgery. But the father filed the criminal proceeding in the court of law under section 377 on the grounds that it is a lesbian relationship, with not scope of parenthood because ‘Tarun Kumar possesses neither the male organ nor any natural mechanism of cohabitation, sexual intercourse and procreation of children.[3] These incidents were not uncommon before the decriminalization of section 377, the inconsistency was lashed by this remarkable judgment but there is a elongated distant journey to legalize the marriage because of social procrastination to accept biologist creation of naturea.

CIVIL UNIONS: IS THIS THE UNSURPASSED ALTERNATIVE?

The alternative which has been embraced in many countries around the globe is called ‘Civil Unions’ which is the ancillary of marriage. These legislations which are recognizing the civil unions have been enacted and are enforced in United States of America, Latin America, Australia, New Zealand and various European countries. But still these unions are not consecrated with the same rights as the Marriage, in countries like Germany only a set of the legal rights (restricted to pension, tax and adoption). Whereas, in the more liberal legal models like Vermont held that this minority can be excluded from the institution of marriage such ‘separate but equal’ institutions should be in the nature of marriage and should confer the same legal benefits as a marriage.[4]

Currently, same-sex marriages are recognized nationwide in six countries: Netherland (2001) , Belgium (2003), Canada (2005), Spain (2005) and South Africa (2006).[5] The major criticism of this model of Civil Union is that it leads to the emergence of the separate institution which resembles to marriage but is not the institute of marriage. These two institutions cannot be treated at power with each other because of the cultural, social and historical connotation attached to it. Despite enshrining the same plethora of the legal rights it will propagate the inbuilt difference to address the minority another way. This acceptance will amount to disguised acceptance of the social dishonor for the natural creation of the nature i.e. one’s sexual orientation.

35 thoughts on “SAME SEX MARRIAGE: A TABOO IN INDIA?”