It is rightly said that Artificial intelligence is the ability of a digital computer to perform like intelligent beings. In other words, it is a type of computer technology which helps the machines to work in an intelligent way just like a human mind. Back in 2015, a companion robot known as ‘pepper’ went on sale and all the initial thousand units of it were sold within a minute. 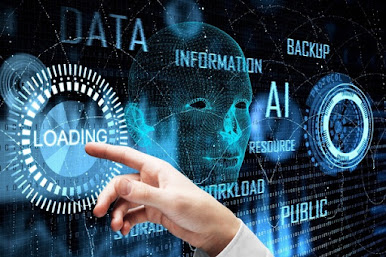 Artificial Intelligence in the current and future trends fulfils the very need of the industry. According to a new study the Global Artificial Intelligence Market is expected to reach USD 54 billion by 2026. It has been witnessed that the advancements of robots and their increased deployment has globally had a positive impact on the artificial intelligence market. North America is currently having the global Artificial Intelligence market attributed to the high government funding availability, existence of prominent artificial intelligence providers in the region, and the robust technical adoption base. It is seen that an extraordinary increase in productivity has been achieved with machine-learning. With the help of its experimental driverless technology cars have been transformed including Toyota, Prius and others. Integration of various tools by artificial intelligence has helped in the transformation of business management and there are also its other various applications also which can be seen further.

Cyber Security-The application of artificial intelligence cybersecurity will help in curbing hackers. Cybercrime is an issue that has been persistent from the last decade. It has been escalating through years. Frauds through credit cards are one of the most prevalent cybercrimes. Although there are detection techniques, they still prove to be ineffective in curbing hackers. It is an artificial intelligence that can bring a remarkable change to this, as it can do thousands of transactions instantly and classify them into buckets. This way there will be a lot of time saved as it focuses on cases where there is a high probability for fraud and which would otherwise if being done manually will eat a lot of time.

Data Analysis- Artificial intelligence can be used in order to maintain long records and classifying of data into various categories, which would otherwise be a tedious job to do manually. This feature is into practice today but the utility of it can be surely increased.

Emotional quotient- Technology has advanced in terms of emotional quotient which can be seen in the form of virtual assistance which is again another outstanding application of artificial intelligence. There is no doubt to the fact that artificial intelligence comprehends human language. We are now able to understand the meaning of the context better and make intelligent judgements on the same with the help of AI.

Various job-related applications– There can be a process of automating rule-based task given to robots in health-hazardous jobs like bomb diffusion in welding. It will help the people to focus on the critical aspects of the job while leaving the routine aspects of the same on the robot on machines.

Marketing and advertising- Marketing professionals leave no stone unturned to generate maximum profit within the organisation. Artificial intelligence, in this case, will help them by focusing on improving the conversion rates and sales. Tasks like personalized, knowledge of customers and their behaviour proof facial recognition scan generate more revenue for the companies.

Other than all these it is augmented customer experience, expanded application areas, enhanced productivity, and big data integration has increased the demand for artificial intelligence in the market worldwide. Absence of required skilled workers, as well as threat to human dignity, are some of the factors that could affect the growth of the market. However, these factors are expected to have minimal impact on the market if there is an introduction of advanced and new technologies of which artificial intelligence is also a part.

The high implementation of artificial intelligence in several end-user verticals including retail, automotive and healthcare is projected to boost the growth of the market over the period forecasted in the long run. Several companies are making good investments to integrate artificial intelligence in their organization so as to increase the overall effectiveness and efficiency and ultimately have larger margins.

Major Entrepreneurs are working towards the development of Artificial Intelligence and help it to get a better position in the future to their optimum efficiencies. As the research starts to satisfy the researchers and help by bringing positive results, the future scope of Artificial Intelligence will serve a wider landscape. The upcoming years will surely mark success in the field of AI and help it build and retain its popularity.