Traditional knowledge is a living body of knowledge which is passed on from generation to generation within the community. It is basically about people’s cultural and spiritual identity. It is often oral and has ancient roots. In the recent years, indigenous peoples, local communities and the government mainly in developing country have demanded protection for traditional knowledge system. 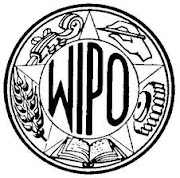 In 2000, World Intellectual Property Organisation (WIPO) members established and Intergovernmental Committee on Intellectual Property and Genetic Resources, Traditional knowledge and Folklore (IGC). WIPO works on traditional knowledge based on three key aspects. Firstly in strict sense (deals with the practises and knowledge), secondly traditional cultural expressions/ expressions of folklore (cultural aspects like music, art and designs), lastly genetic resources (basically genetic material of actual or potential value found in plant and animals)
The WIPO UNESCO Model Law on Folklore was also got approved in 1981. The need for intellectual property protection of expressions of folklore emerged in developing countries. Folklore is an important element of the cultural heritage of every nation. Its however of particular importance for developing countries, which recognize folklore as a means of self-expression and social identity. All the more so, since, in those countries, folklore is truly a living and still developing tradition, rather than just a memory of the past.

Traditional knowledge is not so called because of its past. It is basically passed from generation to generation, community to community. Recently, Western science has become more interested in traditional knowledge and realised that it may help to find useful solutions to current problems, sometimes in combination with “modern” scientific and technological knowledge. The importance of traditional knowledge for its creators and for the world community at large is needed to foster, preserve and protect such knowledge, has gained growing recognition.

For example, “mola” is a traditional handmade textile work manufactured by cutting and stitching several layers of cloth to form a multi coloured product.

The customary production of “molas” have been done by the native Kuna communities in Panama. Although imitations have been produced in Taiwan, “mola” clearly is a product of Kuna’s traditional knowledge which was developed as an expression of their own culture.
Indian folk music is divergent because of India’s vast culture. Bihu is the most well liked folk song of Assam and is comprehensively known across India. Lavani from Maharastra is essentially dance music played general to the foot tapping beats of the dholki. Naatupura from Tamil Nadu this music consists of Gamathisai, which is the folk music of the village and Gana, the city folk music. The songs are generally accompanied by traditional drums and Shehnai and they’re often accompanied by traditional dance performance. Maand from Rajasthan the soulful music with its expressive scales of the Sarangee, and the lyrics talking about the life in Rajasthan in their very own nuances, is neither regarded fully classical nor folk.

Several projects have been in the IPRs system, to “protect” traditional knowledge. Such motions often deteriorate to set out clearly the rationale for its protection. Any system of protection, however, is a mechnasim for achieving certain objectives. Therefore, a principle question, before considering how traditional knowledge may be protected, is to define why it should be.

One reason for a lack of accuracy about the rationale for protection stems from the different meanings given to the concept of protection. Some understand this concept in the context of IPRs, where protection essentially means to exclude the unauthorised use by third parties. Others regard protection as a tool to preserve traditional knowledge from uses that may erode it or negatively affect the life or culture of the communities that have developed and applied it. Protection here has a more positive role in supporting TK-based communities livelihoods and cultures.

There have been two types of intellectual property protection and they are ;

Its main objective to stop people outside the community from acquiring intellectual property rights over traditional knowledge. Defensive strategies are also used to for the protection of sacred cultural manifestations, for example sacred symbols or words from being registered as trademarks.

It the granting of rights that empower communities to promote their traditional knowledge, control its uses and benefit from its commercial exploitation.

NEED FOR PROTECTION OF TRADITIONAL KNOWLEDGE

Traditional knowledge holders face various difficulties. In few cases the cultural survival of communities in under threat. There are various aspects which affect the traditional system such as social and environmental pressure, encroachment of modern lifestyle. It is seen that either through acculturation or diffusion many traditional practises and beliefs has been lost. Thus there is primary need to preserve the knowledge that is held by elders and communities throughout the world. Another major issue faced is lack of respect and appreciation for such knowledge which the traditional system fails to get.

The protection of traditional knowledge raises a number of policy issues, notably the objectives and modalities of such protection, and its impact and implications for its intended beneficiaries. The issues relating to traditional knowledge should be addressed in an holistic manner, including ethical, environmental and socio-economic concerns. The IPR system should have close supervision on traditional knowledge.
Image Credits
This blog is authored by Neha Gupta

2 thoughts on “Intellectual Property Related To Folklore, Folk-tale And Folksongs”