For decades, temple idols have been given the status of juristic persons. And they have exercised their rights to fight legal battles through the trustees or managing board in charge of the temple in which they are worshiped. In our Indian culture rivers are considered as goddess and worshipped by Hindus. All the Hindus have deep Astha in rivers Ganga and Yamuna and they collectively connect with these rivers. A need was realized that rivers should also have the legal right and to be represented by the guardians and consequently, In march 2017 Uttarakhand High Court ruled that the Rivers Ganga and Yamuna, and all their tributaries, streams are declared as legal entities having the status of a legal person with all corresponding rights, duties and liabilities of a living person in order to preserve and conserve these rivers. 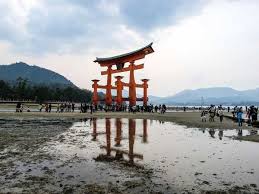 The United States Professor Christopher D. Stone was the first who discussed the idea of attributing legal personality to natural objects in 1970s, in his article “Should trees have standing?” towards legal rights for natural objects. After a long time In 2008, Ecuador became the first country to incorporate the legal rights of nature in the constitution and gave the legal status to rivers. Bolivia did the same in 2011. In 2017, Whanganui river which is located in the north island of New Zealand became the first river to get the status as a legal person by the legislative means. This river is considered as the ancestor of Maori community. Five days after the bill passed in New Zealand, On march 2017, Uttrakhand High court granted the legal personality of Ganga and Yamuna rivers and all its’ tributaries. In 2019, Bangladesh became the first country to declare all of its’ rivers as the legal person and have the same rights as the juristic person.

Scope in the Indian scenario

As we know in our Indian culture, rivers are worshipped as goddess and Hindu people consider Ganga as their mother. In spite of the very importance of this river it is the most polluted river in the world. It is a great step taken by the Uttarakhand High Court to declare Ganga and Yamuna as the legal person. It was very important to reduce the pollution of these rivers. A part of the Indian population is based on the water of these rivers for their livelihood. Rivers Ganga and Yamuna are central to the existence of half of Indian population and their health and well being. The rivers have provided both physical and spiritual sustenance to all of us from time immemorial. They support and assist both the life and natural resource and health and well-being of the entire community. The new order makes polluting or damaging the rivers legally comparable to hurting a person.
Judicial outlook

Courts in India have held that Hindu idols are legal entities. An idol is the physical manifestation of a deity, and that’s why courts accept the premise of them being a legal person having specific rights and obligations. However, a birthplace or any holy land is not considered a legal entity. The apex court has held that a piece of land, in the absence of any physical manifestation of the religious deity it is supposedly tied to, cannot be considered a juristic person. The land can, however, be held by a trust for religious or other purposes and the rights and responsibilities accrue to that trust.

The High Court of Uttarakhand moved towards a great step in 2017 and in two landmark Judgements namely, Mohd. Salim vs. state of Uttarakhand and Lalit miglani vs. state of Uttarakhand, declared the Ganga and Yamuna as the ‘living entities’ and these ruling raised a hope among the people that the process of cleaning these polluted rivers will gain pace now. Now the question evolves what does this ruling by the court mean for the Ganga and Yamuna. It can be understood by the following points –

● Now they are considered as ‘living entities’, Ganga, Yamuna, and their tributaries hold the same legal rights as a person. They are not natural persons, but in the eyes of law, they will be seen as “a legal or juristic person”.

● The ruling means that Ganga and Yamuna are essentially like minors — incapable of holding or using the property and need to be placed under the care of a manager and/or a guardian. These caretakers will be responsible for ensuring the rivers are not misused, abused or misappropriated for personal use. The Director of the Namami Gange programme, the Uttarakhand Chief Secretary, and the Advocate-General of Uttarakhand have been appointed to serve as “parents” for Ganga and Yamuna. These officers are bound to uphold the status of the rivers and also promote the health and well-being of them.

However, the Supreme Court rejected this High Court decision because of implementation problems. One problem is that the river Ganga flows through West Bengal before it reaches Uttarakhand, so holding the guardians in Uttarakhand responsible for looking after the interests of the river doesn’t make sense, as it could already be polluted upstream.

● Another implication of the ruling is that case against polluters can be filed directly under the name of river instead of those falling victim to the pollution. This can potentially make the case for cleaning Ganga and Yamuna stronger, and also lead to a spurt in the number of cases filed in the name of the two rivers.

It has been observed that this judgment is a historic precedent because it uses the concept of legal person which was only used for religious idols till now, extended its application to rivers. “For the first time the Court has gone out of the four corners of a temple, and actually made a river, the idol,” this judgment “aligns religious overtures with ecological balance”. These decisions may be built upon as a foundation for future environmental legislative change.

Although in this ruling High court made it clear that Ganga and Yamuna rivers will be treated as the living entities and have the same legal rights as humans but this is the biggest challenge before the government that whether it would be implemented properly because this ruling cannot become the panacea itself and the responsibility is still on the government to take step to reduce the pollution rate and to prevent misuse of water. Therefore it needs to be implemented in a proper way. Another challenge is that as we know mainly, the area near the bank of river is highly misused and ultimately it result the pollution in rivers. Therefore some limitations should also be made in this respect.