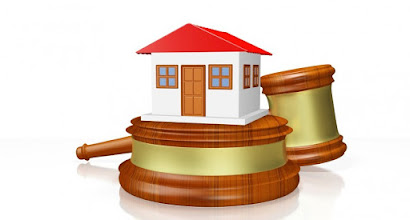 The matters of guardianship and the custody of children were not regulated by the classical Hindu law. Rather it was traditionally for the Karta of the family to be entirely responsible for the maintenance of the family members and especially the minors. He took all the decisions relating property matters, it was never seen as a need to standardise these family equations in the Hindu law. It was an attempt to create a uniform structure of all Hindus that the Hindu law was codified. The nature and structure of the family was such that several guardians lived together under one roof therein. It is stated in the Hindu minority and guardianship Act, 1956 that the father is a natural guardian of the child and after him it will be the mother and in the case of a minor girl who is married the guardian would be her husband. It is these patriarchal norms that were deeply embedded in the statutes and the laws of that time. It is a clear reflection of the kind of culture that prevailed in the society in those times.

There has been an evolution of guardianship laws with the changing era and this can be understood by taking a look at the series of cases that follow as under :-

Other than the types of guardians above mentioned it is the Hindu law that additionally permits the De facto guardians and guardians by affinity.

Further the powers of the natural guardian can be divided into two categories : firstly rights with reference to the body of the minor and secondly the rights with reference to the property of the minor. Though a guardian is permitted to act in the interest of the minor and take all necessary actions for the benefit of the minor but then it should be within the constraints of the Hindu minority and guardianship Act, 1956. The guardian does not possess in any condition the power to bind the minor through a personal covenant and has no authority to mortgage, donate, sell or transfer the immovable property belonging to the minor without seeking court’s permission. The guardian is always expected to act for the welfare of the minor and take all necessary precautions and the decisions keeping in mind the interest of the minor. Moreover, in order to get the permission from the court for selling or mortgaging the minors property the guardian must be able to justify to the court that how this transaction of property will benefit the minor and is inclining towards his interest. Also the court will not give such a permission until it is fully satisfied with the statement or the justification of the guardian. And if the selling of the property by guardian violates any provisions that have been stated in the Act then in that case the minor has full authority to claim back the property from the guardian and challenge the transaction and the sale deeds of the property which was sold after attaining the age of majority.

Some noteworthy judgements that clearly portray the truthfulness of all the above mentioned facts and provisions of the act can be the case of Radheshyam vs. Kishan Bala, Sutra Singh vs Pritam Singh, Manikchand vs Ramchandra etc.

It was held in the case of Radheshyam vs. Kishan Bala that the court has complete authority to allow the selling of the property and the enforcement of the performance of purchase agreement by the guardian towards the minors property to favour the minor’s interest. It was further stated that the person who is appointed as the guardian after both the parents have passed away has all the rights that a natural guardian possesses.

In the case of Sutra Singh vs. Pritam Singh the question before the court of law was that weather a sale of immovable property by natural guardian that violated Section 8(1) and (2) of the Hindu minority and guardianship Act, 1956 can be challenged through a case where it has been 3 years after the minor has attained the age of majority. Does the minor here lose the chance of questioning the transfer of such a property mainly because he did not initiate a legal action at the time mentioned under Article 60 of the Indian limitation Act, 1963?

It was then understood that the aim of Section 8 of the Hindu minority and guardianship Act, 1956 was to grant the natural guardian of a Hindu minor the same rights and authorities as he would have under the Ward Act, 1860. It was then decided by the court that the former minor can only challenge the validity of the transaction of property done by his natural guardian only in the duration of three years since she attains the age of majority. And if he has not taken any legal action and has not brought a proceeding asking back the possession of the property in the specified duration then he loses the chance of claiming It back ever again. He then possesses no right to make that transaction of immovable property as voidable.

Further in the case of Manik Chand vs. Ramchandra the most important aspect of the Hindu minority and guardianship Act, 1956 was thought, which is the meaning of the term ‘necessity’ and ‘advantage’ of a minor. As these terms really have a very broad interpretation it was held by the court that the judges have the power to broaden the ambit of these terms depending on the circumstances of each case so as to contemplate best in full potential the giving of permission to the guardian for selling the minors property.

Therefore, every guardian should perform within the ambit of the codified law while performing for the interest of the minor, as in every scenario the welfare of the child is the utmost priority.