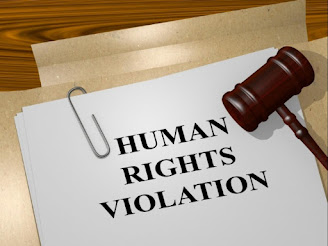 Nowadays, there are so many shocking instances of violation such as torture, child abuse, slaughtering, human trafficking and many others. Now, even human rights advocates admit that even after almost 60 years of the enactment of the Universal Declaration of Human Rights, exercising those rights in actuality is like a dream more than reality. Human Rights were incorporated under the United Nations Declaration of Human Right and the entire body of International Human Rights Law. They are present and form an important part of every nation’s constitution yet the actual situation is somewhat different from the ideals mentioned in the declaration. The discrimination is uncontrolled all around the world; thousands are in prison just because they shared their opinion and raised their voices to demand democracy. Even in democratic nations, these laws are struggling hard to adjust.

If we talk about our nation, it was agreed by the world’s leading organization- United Nations that the condition of our country in terms of human rights violation is worse if compared to other countries.

As per the reports, 2018 was the worst year in India so far. In 2018, Bhartiya Janata Party harassed and persecuted many activists, lawyers, journalists several times because they raised questions and criticized the government for their failures. Seditions and counter terrorism was used on students to silence their voices.[i] The government failed to establish a strong human rights base in the country, moreover got involved itself in the violation. It is necessary to establish a strong base within the country to implement human rights laws effectively. Especially in countries like India. Now let us dig a little deep and learn more about the topic.

Definition- Human Rights are the rights given to all human beings irrespective of their religion, caste, colour, gender, nationality or any other status. It includes right to life and liberty, freedom from torture and slavery, freedom of opinion and expression, the right to work and education and others. Everyone has the authority to exercise these rights without discrimination.

International Human Rights Law- This contains the obligation/duties of the government to act in certain ways or to abstain from certain acts in order to promote human rights.

Universal Declaration of Human Rights- The Universal Declaration of Human Rights (UDHR) is a document drafted by the representatives of different countries with different legal and cultural backgrounds. It is taken as a common standard of achievement for all the nations as well as its countrymen. It sets out to protect the fundamental human rights universally.

The Universal Declaration of Human Rights was established with the aim to prevent the uncertainties during World War II. This document talks about the human rights vested by the united nation to the citizens of different countries. When those rights aren’t protected or disregarded, they are said to be violated. A state is responsible for any human rights violation either directly or indirectly.

Violation can be performed either intentionally or come as a result of the state’s failure to prevent the violation. Civil and Political Rights, economic and cultural rights are some of the rights which can be violated through various means.

● Civil and Political Rights- These rights are violated through genocide, torture or unlawful enforcement. Such type of violation occurs during wars and conflicts. Human Trafficking is one of the biggest concerns on global scale as millions of people are forced into labour and exploitation.

● Economic, social and cultural rights- These include the right to work, education and right to physical and mental health. Ways through which these rights can be violated are:

2) Eviction of people forcefully from their homes

3) Forbidden to use the native language

Violation occurs every time but it is the duty of the state to look and prevent it. State has the responsibility to protect and encourage human rights. Along with the state, members of civil society are equally responsible to prevent any sort violence. Society should comply with law and promote human rights.

Article 3 states that “Everyone has the right to life, liberty and security of a person”.

This article has been violated in almost every country since it came into existence.

1) For instance, in the year 2007, Afghanistan faced an estimated 6000 deaths during an armed conflict- half of them were civilians.

2) In Brazil, around 1260 people were killed by the policemen in the year 2017 and later it was labeled as an act of resistance by the officers.

3) Vietnamese authorities forced at least 75,000 drug addicts and prostitutes into rehab camps labeling them as HIV/AIDS patients and providing no treatment.

This article states that “No one shall be held in slavery, Slave trade and slavery shall be prohibited in all their forms.

1) In the year 2017, more than 1400 Somalis and Ethiopian nationals got displaced and died during trafficking operations.

2) Japan is the leading country for trafficking women in Asia, UNICEF estimated 60,000 child prostitutes being trafficked in Japan. There are numerous horrifying examples of human trafficking all around the globe.

Article 5 states that “No one shall be subjected to torture or to cruel, inhumane or degrading treatment or punishment.

1) One of the thrilling instances of torture is of Democratic Republic of Congo, which is famous for the acts of torture and ill treatment with the people in custody of the government.

2) In Darfur, violence and atrocities are very harsh especially on women. There was an estimated 200 rape cases within five weeks in 2017. No justice is awarded to the victims till now.

1) Kenya violated this article and closed its borders when people were fleeing from armed conflicts in Somalia.

2) Also in Algeria, refugees are frequent victims of detention, expulsion and ill treatment.

This article states that “Everyone has the right to freedom of thought, conscience and religion”.

1) There is an instance of Myanmar where the military crushed a peaceful demonstration organized by monks and detained the protestors.

2) In China, Christians and Muslims are being tortured for practicing their religion.

It gives the right to every individual to openly express. This right includes freedom to hold opinions and to seek, receive or impart information through any media.

2) In India, students and activists are being convicted on false charges for asking their rights.

It states that “Everyone has the right to take part in the government of his country, directly or through freely chosen representatives.”

1) In Zimbabwe, hundreds of human rights defenders and opposition party members were arrested for participating in peaceful gatherings.

2) In Pakistan, thousands of lawyers, journalists and activists were arrested for demanding democracy.

3) There are allegations of violations on government forces in Jammu and Kashmir. In the year 2018, the violence increased in the valley when militants killed at least 30 policemen. They also killed several other civilians on suspicion of being police informers. Violence is increasing in the valley continuously but our government is doing nothing except blaming the people for their own loss.

Homosexuality was considered as a criminal offence according to section 377 of Indian Penal Code. The Delhi High Court in 2009 decriminalized homosexuality. The judgment faced a lot of criticism and on 11th December, 2013, it was again criminalized by the Supreme Court.

After five years, in a landmark judgment on 6th September, 2018, the Supreme Court again decriminalized homosexuality, to protect the rights of LGBTQ community and prevent the violation of Article 21, 14 and 15 of Indian Constitution.

As the violation is growing with each passing day, it is necessary to launch certain measures to combat the situation as soon as possible.

It is necessary to develop the state institutions to promote and safeguard human rights. It is necessary to ensure that people are able to obtain resources and redress in the face of justice or not. For that it is very important that existing human rights commissions are encouraged to play an active role. This is an approach which can be achieved only through national as well as international attention as its success can be measured through the actions of the human rights commission.

2 thoughts on “Human Rights Violation- An Anathema To Society.”