In order to protect the interests of the people of the country, the apex court has significantly taken proactive steps. It is because of the interpretation of the judiciary that right to pollution free environment, right to health, etc. has been read as a part of Article 21 of the Constitution.[1] Judiciary has also made the courts more accessible for cases regarding environmental protection as it has encouraged Public Interest Litigations (PILs). 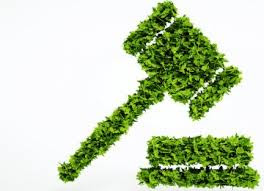 The courts have been vested with the power of judicial activism and judicial review for the establishment of checks and balances. The reason for establishing checks and balances is to restrict the arbitrary power and to prevent the state from misusing such arbitrary power and this concept is been referred to as constitutionalism. Judicial activism normally comes into play when there is a vacuum, that is, law does not exist for a particular scenario or when there is misuse of arbitrary power.[2] Judicial review is the power of the judiciary to check the action of the executive and also check the constitutionality of legislations passed by the parliament. Judicial Review is considered to be a part of the basic structure of the Constitution of India.

The judiciary has been vested with the power of judicial review because the state should escape from the duties that have been assigned to them, there has to be an authority which should oversee all these activities. The power of the judiciary to oversee the constitutionality of the legislations and the executive action has been vested by the Constitution of India.[3]

Before 1980s, India did not have a lot of legislations for the protection of the environment. Judiciary has played a significant role and through Judicial Activism has created a lot of provisions where there is vacuum. India has been considered as one of the most active countries that are involved in environment protection, even though it is a developing country. The Supreme Court of India has also played an important role in establishing principles for environment related problems. It is the judiciary that has established the tortious and statutory penalties for the polluters of the environment.[4]

3. Role Of The Supreme Court

The Supreme Court has played an important in intervening state’s and private parties’ activities that have resulted in the degradation of the quality of the environment and started establishing few norms and regulations for environmental protection.[5] The Supreme Court has not only solved disputes regarding environment, they have also actively checked whether the legislations and policies have been implemented by the regulatory bodies and criticised them if they have not performed their functions. The judiciary has been given the obligation to protect the environment as it has been understood as a part of Article 21 of the Constitution.[6]

In M.C. Mehta v. Union of India[7], the Supreme Court introduced the concept of horizontal application of the meaning of state, as in this case the industry which caused the Oleum gas leak was held to have violated Article 21 of the Constitution as it affected the health of the people. The horizontal application means that even private parties can be taken to a part of ‘State’ as defined under Article 12 of the Constitution of India. In M.C. Mehta v. Union of India[8], the court has the directive principle in Article 39(b), Article 47 and Article 48A provides a duty upon the state to protect the environment and maintain the health of the environment. Article 21, Article 47 and Article 48A of the Constitution of India has envisaged some constitutional duties on state to protect the environment. In the case of Municipal Council, Ratlam v. Vardhichand[9], the court has reaffirmed that it is the duty of the state to perform its constitutional duties on environment protection and failure in doing so will have consequences.

The Supreme Court of India has played an important role in reviewing whether the state is performing its constitutional obligations and obligations established under statutes.[10] The judiciary has played an important in the creation of the ‘Taj trapezium zone’ a zone which industries should only use natural gas and not coke and coal and also established limits on the level of pollution.[11] The Supreme Court of India has interpreted Article 21 on a case to case to basis establishing right to life includes right to healthy life, right to hygienic environment, ecological balance, right to live with dignity and safely in a clean environment, right to clean water, right to clean air, etc.[12]

In M.C. Mehta v. Union of India[13], the Supreme Court of India held that the pollution of Ganga river by leather tanneries is a violation of the fundamental right of Article 21 as it affects the principle of right to clean and healthy water and it also affects the health of the people and therefore those tanneries should be moved from there. The Supreme made a bold statement that ecology comes above the economic aspects such as unemployment caused by closing those tanneries.

Even though there are a lot of legislations governing the activities of the private parties with respect to the environment, the Supreme Court of India has also established different principles and doctrines that can be used to penalise the activities of the companies and other private parties. The Doctrine of Absolute Liability was established in the case of M.C. Mehta v. Union of India[14], wherein a company involved in ‘hazardous and inherently dangerous activities’ is liable to pay compensation for the damages caused by those activities.

The proactive role played by the judiciary in India for environmental protection has often been forgotten. Judiciary through its right of judicial activism and judicial review has prevented the state from not escaping the obligations imposed by the Constitution with respect to the articles of 21, 47 and 48A and the obligations established under the various legislations that have been enacted for the protection of the environment. The Judiciary has taken it upon itself to protect the environment, as it has not stopped at just reviewing whether the state has performed its duties established under the Constitution and various legislations, it has also applied the concept of horizontal application of meaning of ‘State’ as defined in Article 12 of the Constitution, which is including private parties to punish them if they violate the fundamental rights. The judiciary has established various doctrines and principles for imposing the obligation on the polluter to pay for his actions, even after the establishment of penalties under various environmental legislations.