Artificial Intelligence (AI) has been a promising technology for decades now. Back in earlier times, people could see such technologies only in some movies and TV programs but that time has become a history now, as Artificial Intelligence has grown rapidly in a very short period of time. AI in simple terms refers the ability of a machine to mimic the intelligent behavior. It is a branch of computer science that wishes to create “intelligent machines”.[i]
In other words, it is the capacity of a computer to take decisions on its own. It is impossible to deny that artificial intelligence has made life easy by saving us loads of time, money and energy. AI systems can be useful to reduce human mortalities in critical situations and hazardous workplaces or during accidents. They might also prove efficient in daily tasks like cleaning, shopping and transportation etc. There are countless examples of artificial intelligence that impact our daily lives for example- google maps, Face detection and speech recognition in mobile phones, text editors or autocorrect, self-driving cars etc.

AI systems are quickly evolving by including sophisticated technologies and it is expected that in near future they will produce ‘inventions’ without human intervention.[ii] This brings us to an fascinating scenario where questions on the intellectual property related to such AI creations arise. A prominent question which arose with respect to the application of Intellectual Property laws to Artificial Intelligence is whether the outcomes yielded by the system are the products of its own intellect or should be regarded as the product of the inventor of that computer system? 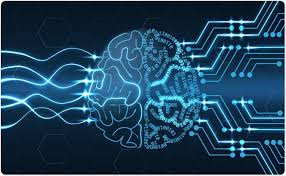 · Sophia- She is a humanoid robot developed by Hong Kong based company Hanson Robotics. In 2017, Sophia “became” a Saudi Arabian citizen and the first robot to receive citizenship of any country. After some time She was also named as the United Nations Development Programme’s first ever Innovation Champion.[iii]
· AlphaGo- It is the first computer program to defeat a professional human Go player. In October 2015, played its first match against the leading three-time European Champion, Mr. Fan Hui and won the first ever game against a Go professional with a score of 5-0. It then competed against legendary Go player Mr. Lee Sedol, the winner of 18 world titles, who is widely considered the greatest player of the past decade with score of 4-1.
· The Next Rembrandt- It is a 3-D printed painting made from the data of Rembrandt’s total body of work which utilized deep learning algorithms and facial recognition techniques. The portrait contains 148 million pixels.

Nowadays there are machines that generate extremely creative works which would unquestionably be eligible for copyright protection if they were made by humans. This calls for a change in copyright laws for AI systems all over the world.

The US Court in a famous case of Naruto v Slater[iv] held that, animals because of the fact that they are not humans lack locus standi under Copyright Act and are ineligible to sue for infringement.[v] The Bench while deciding upon the issue whether a monkey can sue for damages and injunctive relief for copyright infringement, held that, the monkey in particular and all animals in general, by virtue of the fact that they are not humans, lack the statutory requirement locus standi under the Copyright Act, even though they have a constitutional standing under Art. III of the United States Constitution. The Court opined that, since the Copyright Act does not expressly authorize animals to file copyright infringement suits, Naruto, the monkey cannot sue for copyright infringement.

A similar concern has arisen in the case of patent laws. If the novelty criteria under patent law is fulfilled by machines, issues relating to ownership of such inventions will surely arise. Many believe that AI will become so powerful in coming years that it will be able to develop, file and grant patents, and that will be the real problem and a threat towards the very basic principle of IPR.
Numerous copyright offices across the world have already mentioned that they will not register works created by machines. Parallel to this situation a confusion may arise when novel inventions are created by AI enabled machines without any human intervention, who will own the patents on novel inventions filed by AI machines? Will the machine/robot be the owner of that invention? And if an AI plagiarizes a creation or reproduces an invention, how will damages be determined? These are a few basic but mystifying questions which Patent law is currently facing.

Legislations which might relate to the AI systems in India are the Copyright Act, 1957 and Patents Act, 1970. Certain provisions in these acts frequently act as Speed breakers in denying IP protection to the works produced by the machines.

A provision under the Copyright Act, 1957 which stands in the way of copyright protection to works of AI systems is Section 2 (d) of the act. For ownership of any copyrighted work, the person should fall under the ambit of “author” which is defined under the abovementioned section. The author must be a person and for this purpose a legal person, which is the main hindrance for AI as it is not a legal person. Thus, the current Copyright Act is not inclusive of AI systems.

In Patents Act,1970 the one who can claim patents is known as ‘patentee’[vi]. Section 6 provides a list of persons who can apply for a patent, the relevant section here is Section 6, cl. 1(a), in which a person claiming to be the true and first inventor of the invention is granted patent rights.

Section 2 (y) of the act defines the term “true and first inventor”. Moreover, it does not specifically state that the “true and first inventor” should be a human and therefore it can be considered to be providing a scope for the addition of works by AI systems. But since the definitions for terms like “patentee”, “person interested”[vii] etc. states that it should be a person (a legal person), intention of the legislature for the general purpose of the act can be understood to be favoring humans and other legal persons. Therefore, it is important that these enactments should be amended in order to meet the requirements of the evolving society.

The present law needs to be inclusive of grants of patents to Artificial Intelligence technology as the world is progressing towards a new age, an age of technical advancement which needs these type of security or support to work more efficiently in AI field. Only few necessary amendments need to be made in the present law to include AI under the ambit of IP laws.

[iv] Naruto v. Slater, No. 16-15469 (9th Cir. 2018)
[v] Saba ,case briefs, Animals by virtue of the fact that they are not humans, lack locus standi under Copyright Act to sue for copyright infringement (Sep-16-2020, 2:00 pm) https://www.scconline.com/blog/post/2018/04/26/animals-by-virtue-of-the-fact-that-they-are-not-humans-lack-locus-standi-under-copyright-act-to-sue-for-copyright-infringement/
[vi] “Patentee” means a person for the time being entered on the register as the grantee of proprietor of the patent.
[vii] “Person interested” includes a person engaged in, or in promoting, research in the same field as that to which the invention relates.
Image Source
Author: Sharmishtha Sahu

3 thoughts on “Is Artificial Intelligence Protected Under IP Law”